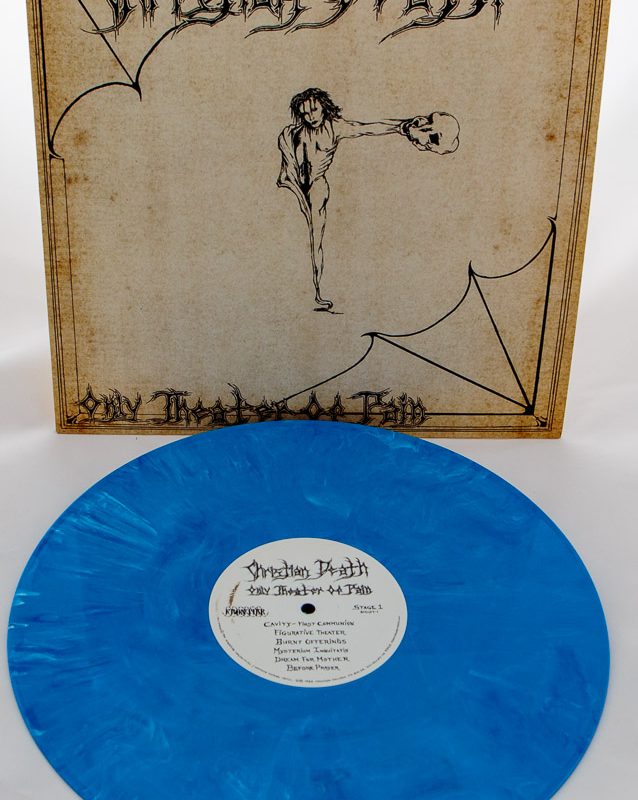 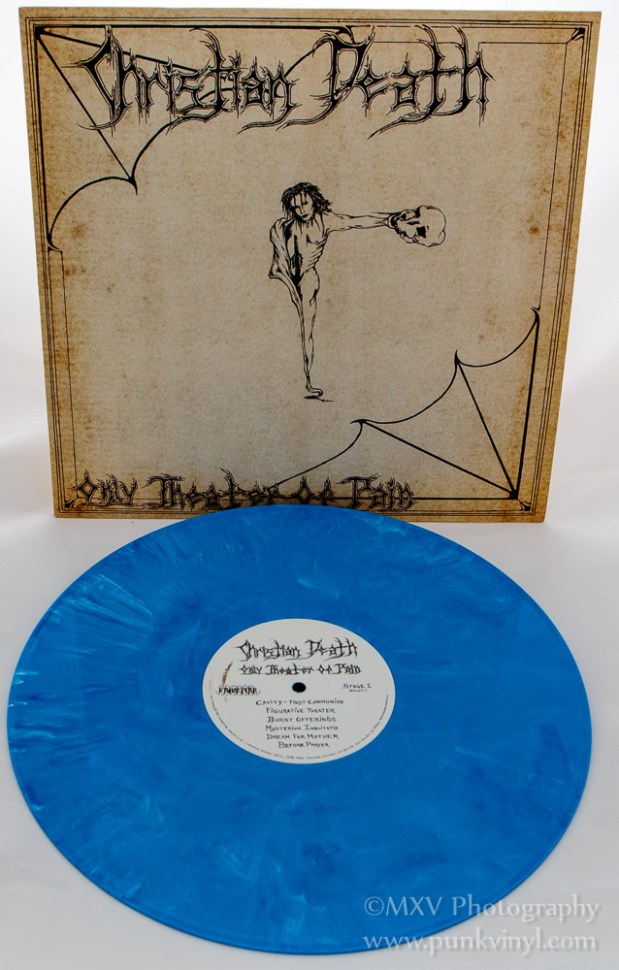 When I was a wee little freshman in high school I didn’t have a lot of money and fining punk records locally wasn’t as easy as it would become a little later. I had a friend named Mick who I went to school with that was a year older than me and he had a lot of cool punk records. I asked Mick to tape me some good punk stuff and made a couple of requests like taping me the first JFA album and the Peace Corpse single to hold me over until I could find my own copies of those records. I told him to just fill the rest of the tape with whatever he thought I might like. One of the songs he put on the tape was “Dogs” by Christian Death. It was taken from the Hell Comes to Your House compilation album and that along with the two Social Distortion tracks were the best songs from that great compilation. I was really taken with this Christian Death song and I played the hell out of it on that tape. When I stumbled across the Christian Death LP (their only release at that time and the only with with the true original band), Only Theater of Pain, I immediately bought it and felt like I just struck gold.  That feeling wasn’t far from the truth.

Only Theater of Pain was unlike anything my young teenage ears had ever heard before. They didn’t sound like other punk rock bands and they certainly didn’t sound like any of the hardcore bands I was listening to at the time like JFA, Black Flag, The Minutemen, and countless others. Christian Death created their own sound which people called Death Rock or they were often referred to as a goth band as well but I feel death rock is the more accurate description. I, along with most people, still would ultimately classify it under the punk umbrella. I did notice when looking at the cover that Rikk Agnew played guitar in this band and I was familiar with him having been in the Adolescents. Just like the song on that tape Mick made me, I played the hell out of this record and I’d include songs from it on countless mix tapes I’d make for myself to listen to while skateboarding or for friends of mine who were interested in punk rock and wanted to hear more music just like I did when I asked my friend to make me a tape.

This album as aged amazing. It is an album I still play often and it is one of those “go-to” albums when I’m looking for something to listen to. I probably play it almost as regularly now as I did 30 years ago when I first purchased it and considering it now lives in a record collection that rivals many stores that really says something for how well it has held up over time as pure listening pleasure.

This record has remained in print for nearly its entire life on vinyl which is no small feat and was only unavailable on the format for a few years here and there. A few years ago, Frontier Records remastered the record and reissued it in a new edition that restored the original cover artwork by Rozz Williams that was somewhat different from what ended up being used on the cover of the original release. The cover art also was made to look like it was parchment instead of the black and gold color scheme it previously had. The remastering was a definite improvement on an already great sounding album. They released it on a couple different colors of vinyl over the past couple of years and those have all sold out so it was time to make more. This time Frontier Records pressed the album up on a very nice looking blue and white marbled vinyl. I was always a big fan of this style of marbled vinyl and even used this very color scheme on the first release on my label. In this album’s case it also contrasts nicely with the black and white labels and looks very sharp. The album comes with a nice lyric sheet as well.

Much like the previous colors, this will only be available for a limited time while supplies last. In a list of all time greatest albums from the 1980s, punk or otherwise, Only Theater of Pain would rank very high on the list and it went on to become hugely influential on an entire subculture of music. If don’t have one, there’s no time like the present to finally pick up this nice looking slab of vinyl and if you are like me and like to collect them all, here’s another one for your collection that you can get directly from Frontier Records.