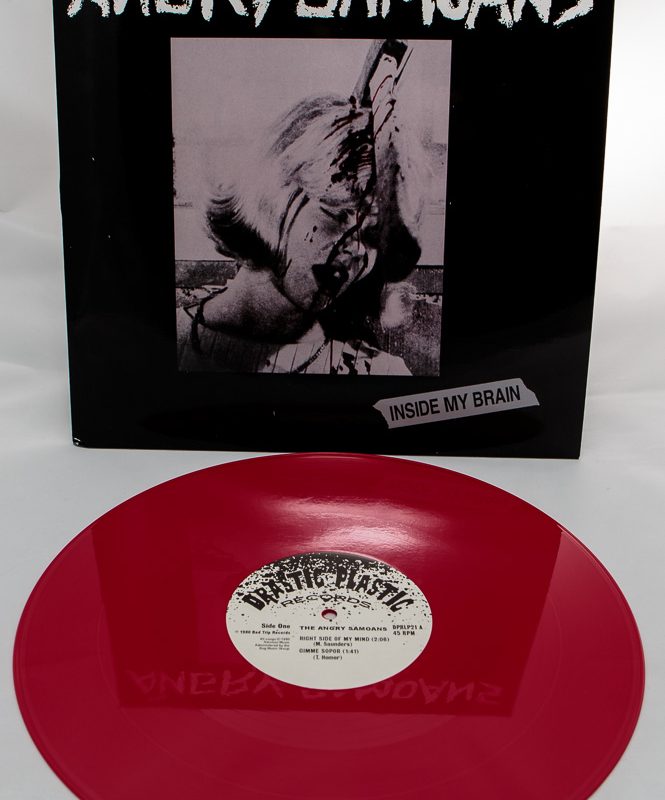 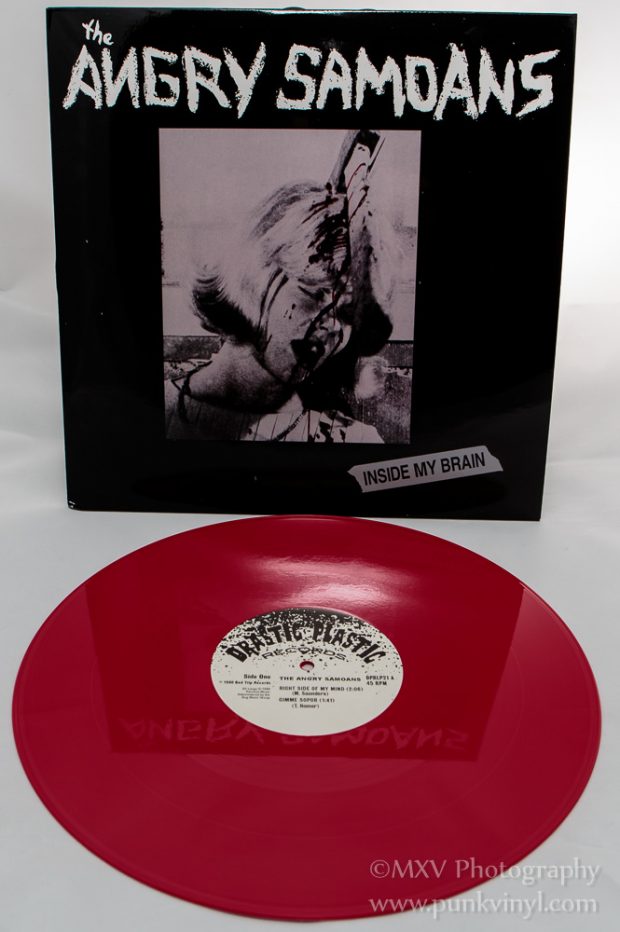 I remember the first time I heard the Angry Samoans. It was the summer after eighth grade and two older friends of mine (Kath and Robert) had a radio show on the high school’s radio station. They had the only punk show that I knew about and since I had very little money and not much exposure to a lot of punk bands at that time, I would listen to their show and tape it every week. Back then only a few stores stocked punk rock records and none of them were close enough for me to get there on my bicycle. I would tape those shows and listen to the tapes until they wore out and I’d make notes of the bands I liked so when I did find myself in a good record store I could look for any records by the bands I liked. It was a good system that turned me onto a lot of great music and it didn’t take me very long to start finding good stores to get these records at. I spent nearly every dollar I ever had on records back then and over 30 years later I still scour the earth for them.

The first Angry Samoans song I heard was “Hot Cars” and I thought it was great. I made a point to find myself the record it was on and it probably took a couple of years after initially hearing and taping that song before I’d find one. The song was on the band’s début record, Inside My Brain. It originally was released on the band’s own label, Bad Trip Records but went out of print not too long after that. It was a 12″ EP and then it was reissued as a full LP with bonus tracks and inferior cover art in the later 1980s by PVC Records (a label who had also released some subsequent Angry Samoans records). That too went away quickly and the last time this record was ever available on vinyl was in 1998 and that was only a short-lived import from Germany. One of the all-time CA punk classics was gone and nearly forgotten for 15 years before someone finally came around resurrected this record. The label that did it, Drastic Plastic Records, has quickly built a reputation of being one of the finest vinyl reissue labels around and they are also one with impeccable taste!

The record comes in two configurations: red vinyl (shown above and my personal preference) or 200gm black vinyl. I think it is cool that the label always picks colors of vinyl that compliment the cover art somehow. The vinyl is tucked inside one of those Mobile Fidelity style plastic inner sleeves with the paper backing that is supposed to cut down on static and pretty much guarantees you won’t get any scuffing when taking the record in and out of the sleeve to play it. The full color standard cover has a glossy finish and recreates the original artwork nicely and is individually numbered on the back.  The record was mastered by Masterdisk and they once again did an amazing job. I did an A/B comparison with the original pressing on Bad Trip and this reissue has the slight sound quality advantage. It was most noticeable in the bass and low-end which just sounded more full. Anyone who tells you that original pressings always sounds better is a liar because this record is proof positive that a reissue can and does sound better than the original.

If you are an Angry Samoans fan this is a must-have. Even if you are like me and have the original version, this one looks and sounds so much better that it should be in every punk record collection. The record is one of the classics from the early hardcore days and it is great that someone not only reissued it, but did so with such great attention to detail and sound quality. Drastic Plastic get’s an A+ on this one! Now if you excuse me, I’m going to resume blasting the better sounding “Hot Cars” until the neighbors call the cops.