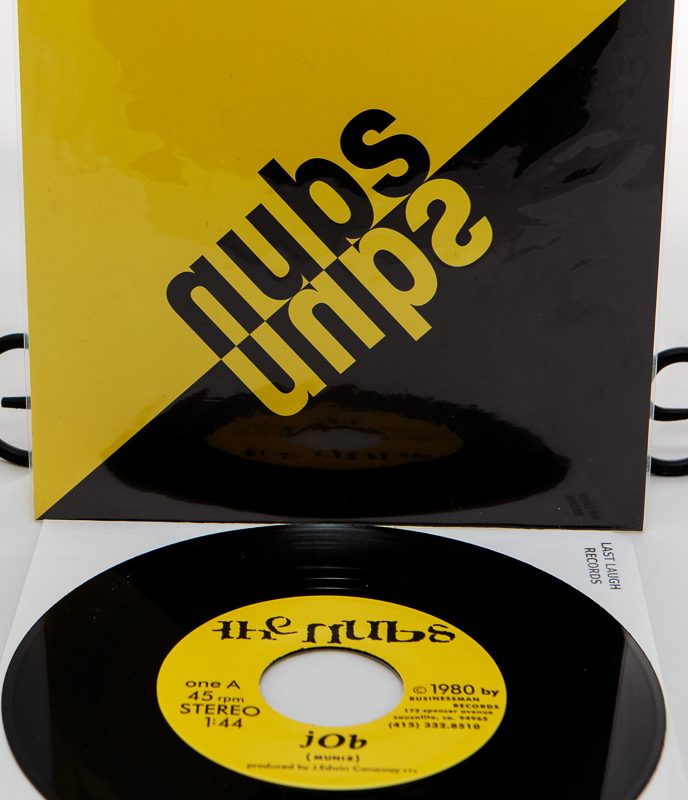 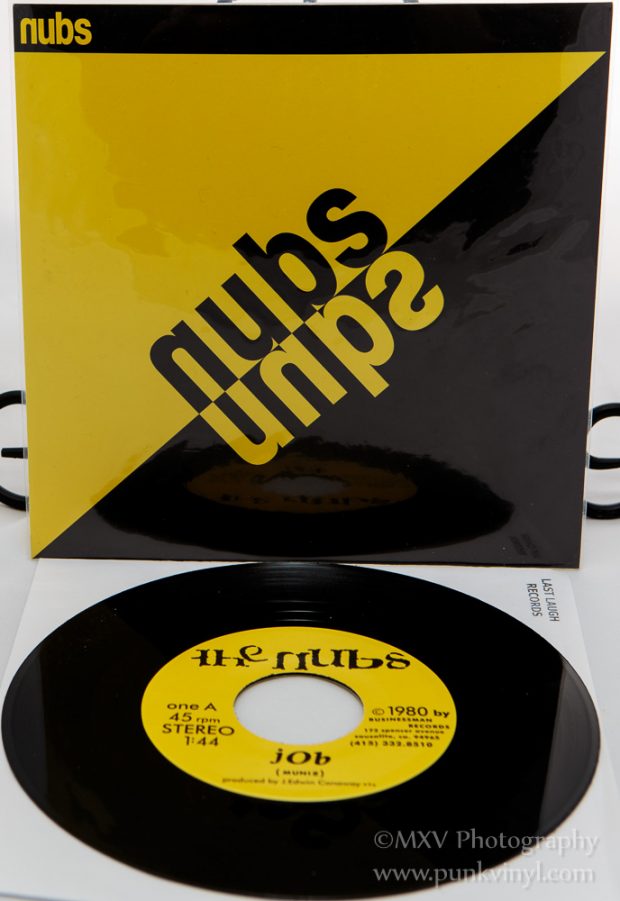 This latest installment of the criminally obscure takes us back to San Francisco in 1980 where a relatively unknown band called the Nubs resided. I don’t know much about their history other than they were around in the early days of American punk rock and they put out only one single before calling it a day. This is another prime example of a great, early punk band that could have had a lot more recognition had they  made more copies of their record or had they been on any sort of indie label that had decent distribution. It is highly likely that however few they pressed of their single, most of them probably didn’t travel that far outside their general area for decades. It wasn’t until a bunch of rabid obscure punk record collectors got their hands on this record and found out how good it was that word would get out and that copies would finally start changing hands all across the world, at greatly inflated prices!

“Job” is the A-side of this single and it is raw punk rock with hard riffs, squealing short leads, all played short and to the point. The vocals are snotty and full of attitude and defiance. It’s teenage angst at its finest.  “Little Billy’s Burning” is the B-side is similar in its presentation but with a bit of an earlier punk influence from the southern California scene of the late ’70s. It is every bit as enjoyable as the first which makes this single about as good as it gets for early punk rock. If there was a blueprint to follow for early American punk rock this single would certainly qualify as one.

As mentioned, this single was originally released in 1980 by Businessman Records which was likely the band’s own imprint. It was  made in small quantities and original copies command hefty price tags in the secondary market. The record had never been reissued before now. Last Laugh Records, purveyors of the finest in obscure punk rock, just reissued this punk masterpiece and it will now only cost you one dollar per inch! Most people spend more than what this reissue costs on a fancy overpriced cup of coffee so buying this should be no problem for any discerning punk rock fan with a turntable. As well-rounded as I feel my record collection is (in my opinion) I can’t help but feel that it has been inferior all the years I was unaware of such a great punk single and I’d like to thank Last Laugh Records for allowing such greatness into my home without having sell a kidney to get one of the originals just to have one to listen to! Do yourself a favor and go thank them as well by grabbing one while they are available.