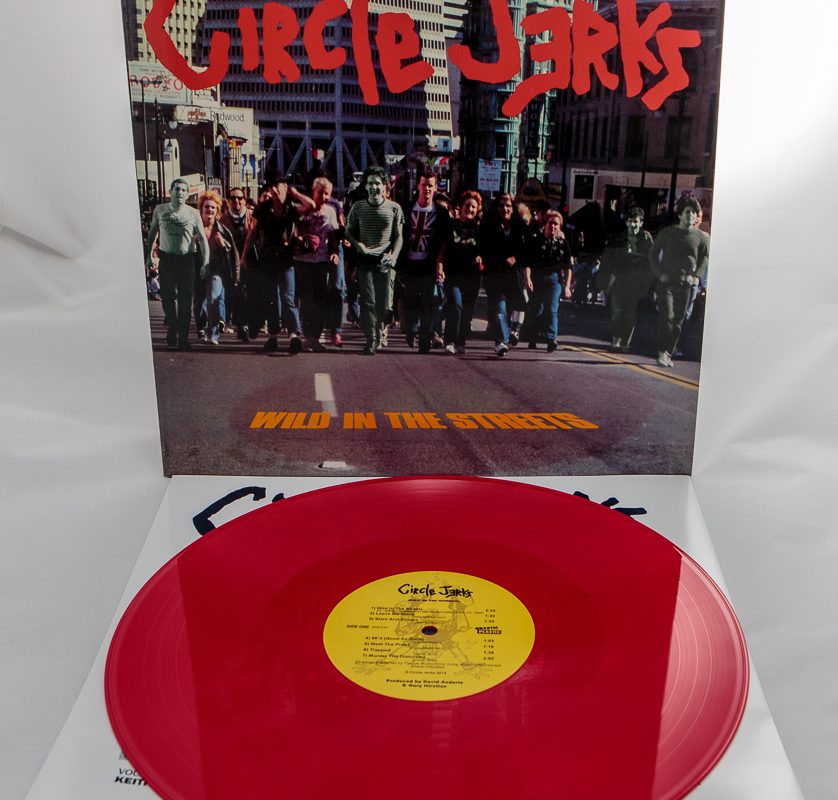 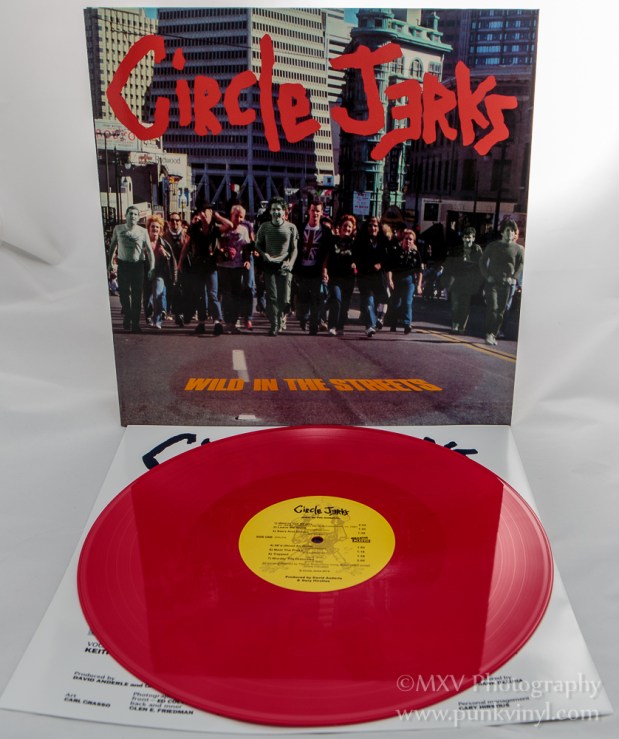 I can’t imagine what it must have been like being in a band like the Circle Jerks and having to try to top or at least equal their perfect first album. When it came time to put out their second album they sure gave it a go, and while it was a very strong album, it just didn’t quite equal that first one but that is true of a lot of bands from back in those days. The Circle Jerks did have a pretty strong discography overall and their first three albums are definitely must-haves. Even the later three had their moments and the Circle Jerks had a lot better of an overall discography than many of their peers.

I remember buying Wild in the Streets around the time it was released but the strange thing was the copy I bought was an import copy on Step Forward Records and not the domestic version on Faulty Products. I don’t know why my local record shop had that version instead but needless to say I was just stoked to see another Circle Jerks record in a store and I grabbed it. I eventually ended up with a Faulty Products version in my collection too. The title track is actually as good as anything they did in the past and the rest of the album is pretty damn good too, but that is also dependent on which version of the album you have. You see there was two different mixes of this album. The original version that was released on Faulty Products and Step Forward Records, and then a remixed version that was used on every single version of the album on every format ever since.

The story goes that after Faulty Products went under and the band went to license the album to a new label, the original stereo master tape was lost so they had to go back to the multi-track tapes and remix it and create a new master. The result was a version of the album that was vastly inferior to the original. The new version was too polished, sounded weird, and had this rather annoying reverb on the drums. This is the version that most people are probably familiar with unless they happened to either luck out by finding a used original or they bought one back when this album was first released.

It may have taken about 30 years but a label finally came along and decided that the original version needed to be out there again and took the time to restore this LP to its former glory and sound and it couldn’t have been an easy task. Drastic Plastic took one for the team and reissued this on vinyl with the original mix. Since the master tape wasn’t available and trying to acquire the multi-track masters and recreate the original mix off of those would be near impossible, the technicians at the label had to have used another source, either a pristine copy of the original vinyl or perhaps even a cassette and they really did an amazing job.

First off this sounds infinitely better than any of the remixed versions of the album and that alone justifies the need for this reissue. How does it stack up compared to the original? Surprisingly close. I played them both back to back and I have to say I give the nod to the original as it has a little more fullness to the sound, especially the low-end. That’s not to say that this new reissue sounds bad, it does sound very close to the original but in comparing the two side by side I could notice the difference in sound which probably has everything to do with it losing a generation since the master tape is nonexistent. Since original copies are somewhat scarce these days and there’s a finite supply, this new reissue fills a giant void and should really be the only version on the market these days as this original mix was far superior to the remix that so many people unfortunately are familiar with. Kudos to Drastic Plastic for doing the best restoration job possible with this record that had such great results.

The record comes in two configurations: 200gm black vinyl and 140gm red vinyl (the one I prefer and what is pictured above). The records are individually numbered on the back cover, which is of a higher quality than the original covers. The cover preserves all the original artwork and the record labels look almost identical to the original as well with some minor changes. There’s a printed inner lyric sleeve that is included as an insert but the record isn’t housed in it, instead it comes inside one of those high quality paper lined poly, anti-static sleeves. The packaging on this release is top-notch and well worth the money.

This easily had to be the most challenging reissue in Drastic Plastic’s history and they did a really great job with it and finally the younger generation can hear this album the way it was meant to be heard with its original mix!