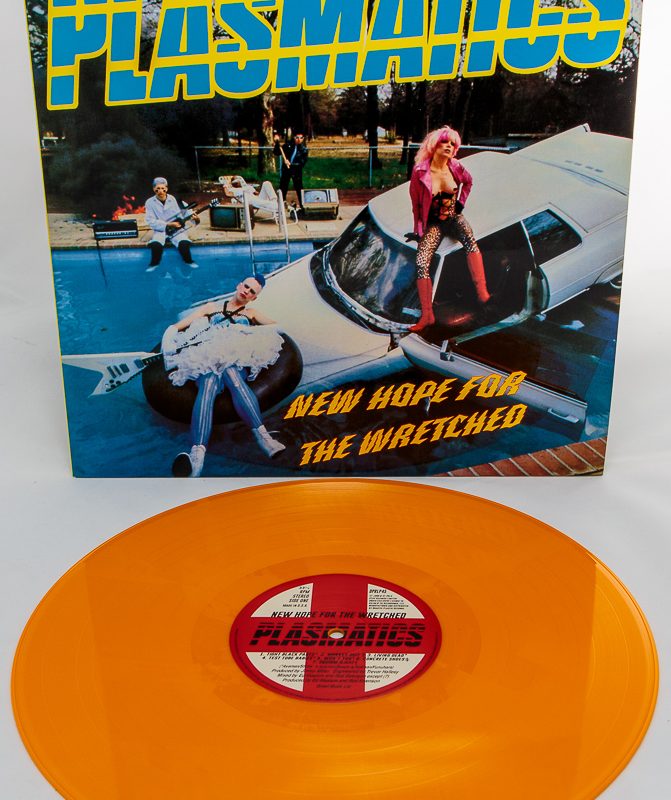 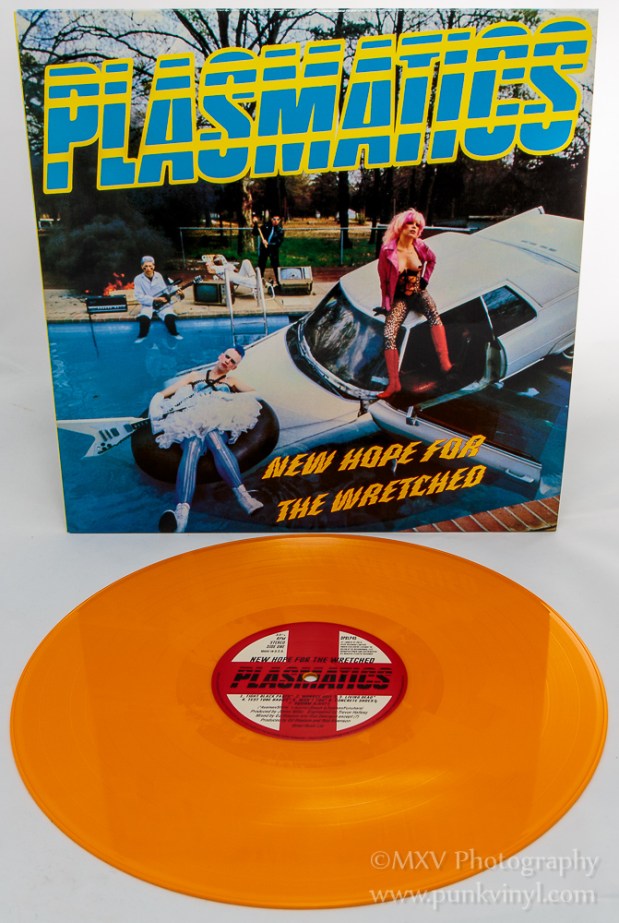 The Plasmatics received a lot of mainstream press compared to most punk bands of their era due largely to their over the top stage show and the provocative attire of lead singer Wendy O. Williams. Wendy often performed topless with only a piece of electrical tape covering her nipples. She had a really butch, gruff voice but as feminine of a body as it comes and the band’s shows were something of legend. A Plasmatics show was visual overload where Wendy would take a chainsaw to anything in reach and cut it up (often guitars) and she’d even blow things up as well. All of this was happening while they were playing their fast-paced punk rock. They took punk rock and mixed it with performance art and there wasn’t really anyone else doing anything like it at the time.

My first exposure to the band came thanks of their ability to get some mainstream press. I read an article about the band in the Illinois Entertainer and was enamored with the photos of the band which depicted Wendy destroying things on stage and her breasts out there for the world to see. It was mesmerizing to say the least and I wouldn’t even hear their music for another year or so. When I finally did hear their first album, New Hope For the Wretched, I was pretty blown away by it as punk rock was very new to me at that time and very exciting. Their music was fast and powerful and their songs were mostly on the shorter side of the spectrum and this charismatic lead singer of theirs had such a gruff voice that was delivered in grunts that she almost sounded like a guy. That album has been in regular rotation for me for decades now and it is weird that they don’t get talked about by many people  these days in comparison to the other bands of that era. In the modern-day they are overlooked and I’ve yet to see this album come up in any of those bullshit “best punk album” listicles you see all over the internet that are written by people who weren’t even born when records like this were released but somehow feel qualified to make a list and try to pass it off as gospel. In a list of best punk albums, the first Plasmatics album would certainly make the cut. I think it has held up well and is pretty timeless. It also beats the hell out of any modern mainstream or even punk music.

New Hope For The Wretched was first released in 1980 on a vinyl LP. It was released all over the world and some of the foreign pressings came on various colors of vinyl over the years. By the middle of the 1980’s, the record had gone out of print until it was reissued on CD in the early 1990’s. By that time, Stiff Records was done and was just licensing various titles from their back catalog to some UK labels.  This album was never made on vinyl again but after thirty years of it being out of print, it has finally been given a high-quality vinyl reissue at the hands of Drastic Plastic Records.

The label held nothing back with this reissue. It comes in a glossy finish jacket which nicely and cleanly reproduces the original cover art both front and back. Inside you will find the record safely tucked into one of those high-end paper-lined poly anti-static sleeves (which I’d love to house my entire collection in if it wasn’t for the fact that they are pricey). The record labels look just like the original UK version and the record comes in either 200gm black vinyl or 150gm opaque yellow vinyl (my preference). I love how they always pick a vinyl color that is complimentary to the cover art for the colored vinyl version. This comes with a poster and an insert, neither of which were included in any original copy I own (and I have quite a few different pressings). The cover is individually numbered on the back with a gold foil stamp and there was 1500 of each version made.

How does it sound you ask? I compared this reissue to not only the original colored vinyl UK pressing, but also the original USA pressing and the German colored vinyl pressing. First I listened to this reissue, then I compared it to the UK version. The UK version had a hotter sound and the bass and drums were harder to hear but the guitars and high-end were louder. Then I tried the USA version and that one was even hotter than the UK press and easily the worst sounding of the bunch. Lastly I listened to the German colored vinyl pressing and that one had a better balance and you could hear the low-end better and it wasn’t nearly as hot. This reissue is more even keeled than all of them and that has been the norm for most of the Drastic Plastic reissues. It sounds close to the German pressing but with a better low-end. In most cases when I compare them I prefer the more evenly balanced mastering job because it brings out the drums and bass which were often lost in the original vinyl pressings on some albums. In the case of this album it’s a close race for me between this and the German pressing. I definitely prefer this over both the original UK and US versions which are the most common of the original pressings out there if you can find them, which isn’t that easy as they don’t seem to pop up that often.

This Plasmatics album is essential early punk rock and Drastic Plastic nailed it with this reissue with sound quality that is better than the original UK and US releases and has better quality packaging. No one claiming themselves a punk fan should be without a copy of this record and finally after 30 years you can save yourself the embarrassment without having to look very hard or pay too much money. These should be easy to find at most stores worth visiting but if not, you can always go straight to the source and order one from the Drastic Plastic website.