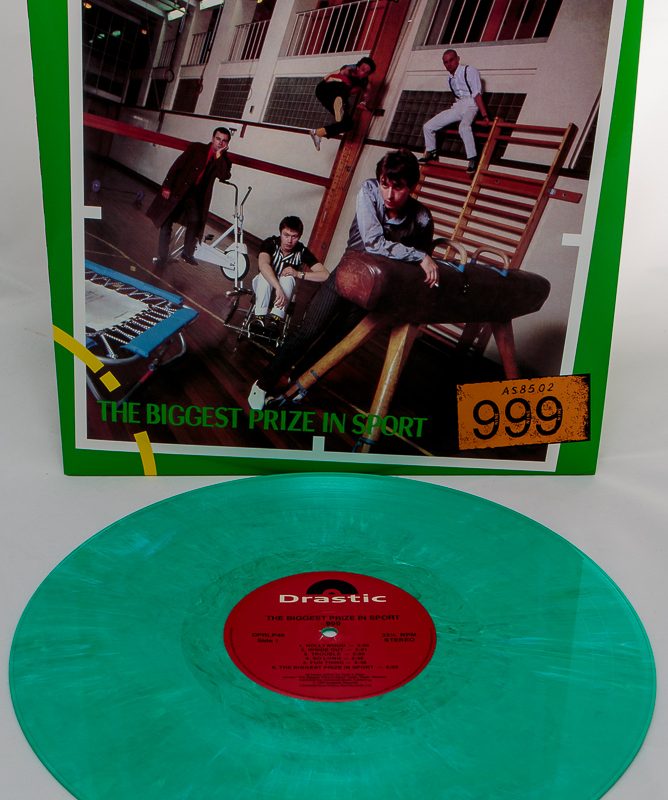 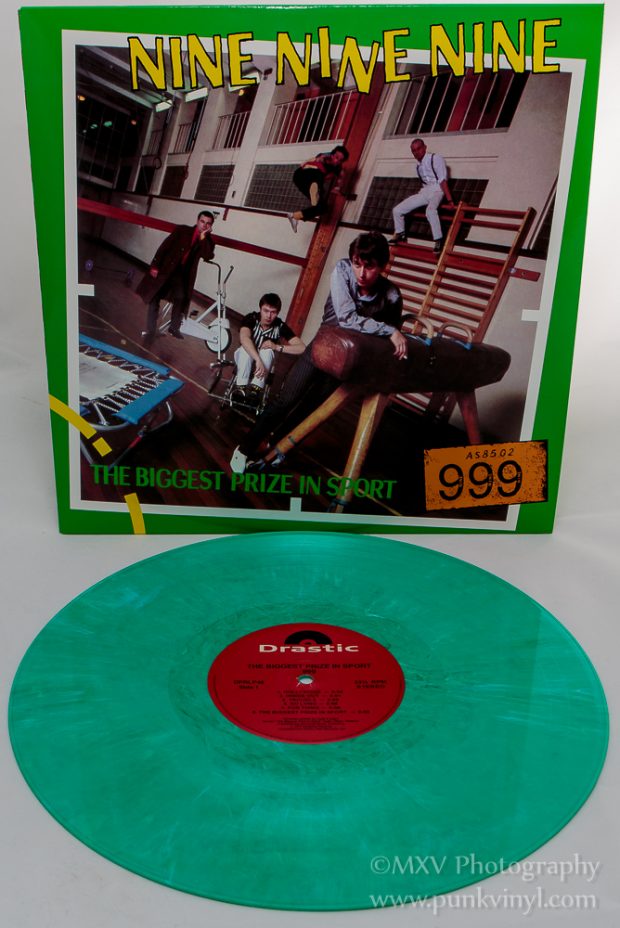 The first punk record I ever bought was 999’s Concrete. It was the band’s fourth album and I fell in love with it when a classmate played it for me on a school field trip.I quickly purchased it as soon as I was able to find one at a local record store, which thankfully wasn’t hard since it was released domestically on a fairly large label. I’d eventually buy all the 999 records I’d ever come across from that point forward.  The band was pretty accessible for a punk band, especially as they progressed over the years and they wrote some really catchy songs with some good hooks, but they always that bit of punch and attitude that endeared them with the punk crowd. They also happen to be one of the longest active punk bands in history as any time they thought about calling it quits it never took and they just kept playing and occasionally releasing records. I still listen to my 999 records regularly and they will always mean a lot to be being one of the first two punk bands I ever heard and got into (the other being the Sex Pistols).

The Biggest Prize in Sport was 999’s third studio album and it was the first one to be released in the United States way back in 1980. Prior to that the only 999 record to come out domestically was an LP called High Energy Plan which was a repackaging of most of their second album, Separates, with some songs replaced by songs from their early singles. The band also toured extensively out here after this was released which got them a lot more exposure in this country. “Inside Out” is probably the most well-known song from this album and is one of their more popular songs but really the whole album is quite strong and this band certainly had to influence the pop-punk bands that came around two decades later.

By the time that the compact disc format was thrust upon the masses and touted as the musical format of the future, this 999 album had already been out of print for quite some time and it didn’t even get a CD issue until 1999. For all intents and purposes, this album has been unavailable on all formats for decades and that is really the biggest crime in sport! It should come as no surprise that Drastic Plastic Records has once again come to the rescue with another one of their high quality vinyl reissues and as always, it is quite an attractive package.

The original artwork was carefully reproduced onto a glossy cover that is a lot better than the original pressings were and the artwork looks really sharp with vibrant colors. The record is inside one of those anti-static poly sleeves that are nice and smooth and prevent scuffing when you take it in and out of the sleeve. There is also color printed inner sleeve that reproduces the artwork of the original inner sleeve however on my original US press the inner sleeve was paper and only in black and white so this was a nice upgrade on better material. The labels of the record look  just like the old Polydor labels but they made the logo say “Drastic” instead which was a nice touch. The record comes in two configurations: 200gm black vinyl or 150gm green vinyl (which I prefer and love how it matches the cover art). Each version is limited to 500 copies and is individually numbered on the back cover.

I compared the sound of this new pressing to the original US release and the folks at Masterdisk (who mastered this) have really put the original US one to shame. This version has a better sound, especially in regards to the drums and bass which sound buried to me on the original US pressing. This will be my go-to copy for playing from now on as I can’t believe how much better it sounds. This is well worth the upgrade if you own the original and if you don’t then don’t waste any time picking this up before it sells out as with only 1000 copies total it isn’t likely to be around for very long and no record collection of any sort should be without this fine album in it. Head over to Drastic Plastic’s website if you can’t find one locally.