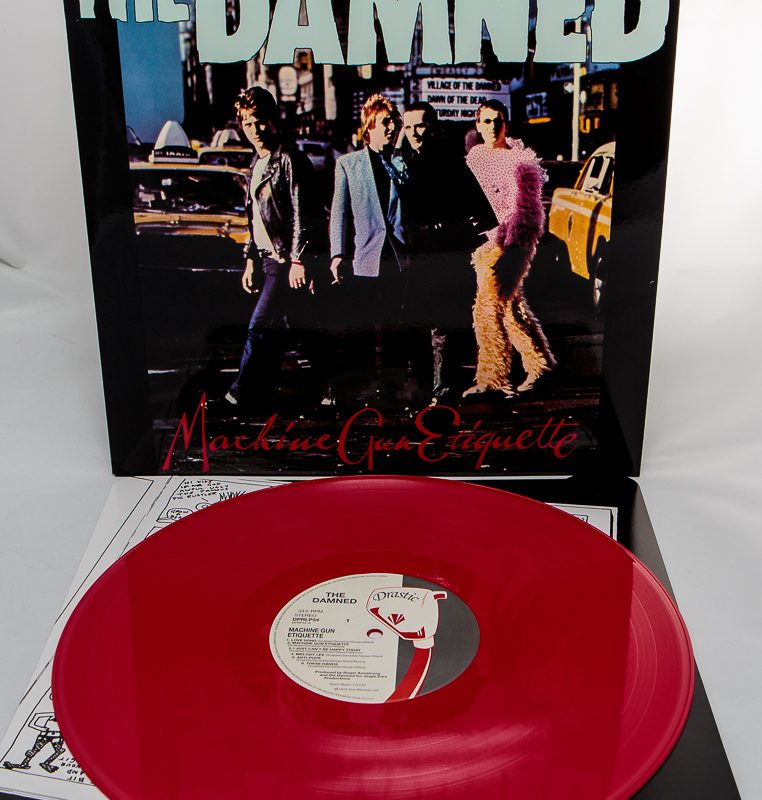 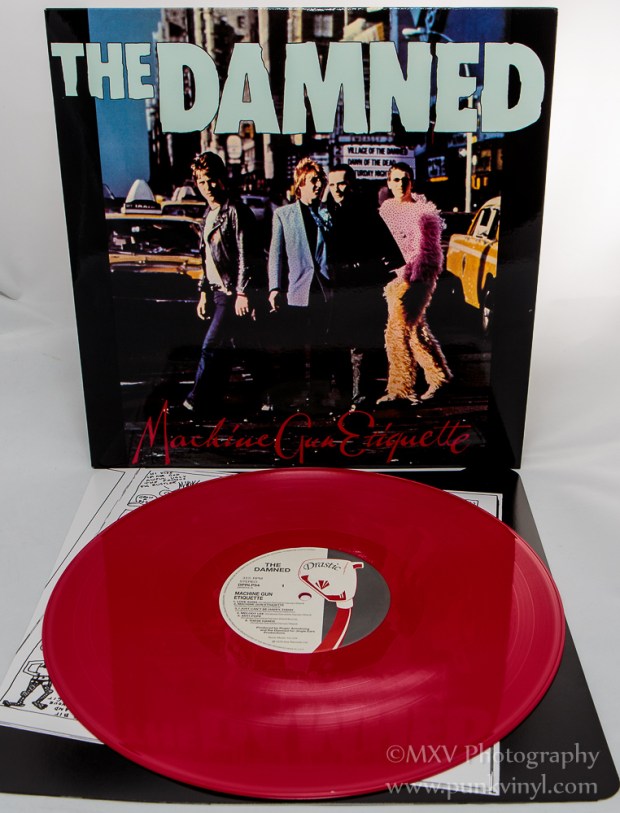 The Damned did a lot of things first and they did a lot of things better than many of their early punk rock peers. They put out an album before the Sex Pistols, thus having the first UK punk album in most people’s opinion, and they were also the first UK punk band to come tour America. The Sex Pistols may have gotten most of the credit for bringing punk rock to attention, but The Damned had a longer career, one so long that they are still going! The Damned is my favorite UK punk band and I have more Damned records in my collection than any other artist by a huge margin! Including variations (and there are tons), I easily have about 200 Damned records and it grows all the time as I can’t pass up a variation I don’t have.

Machine Gun Etiquette was the third album by The Damned and it was the first one they did after Brian James left the band and Captain Sensible moved over to guitar. Losing one of the founding members and songwriters didn’t slow the band down one bit and in fact they got even better with this lineup and many agree that this was The Damned’s best album. I’d have to agree with that as it is the one I play the  most and when I’m in the mood to listen to the band this is usually the first one I go to. It is a punk rock masterpiece.

The record was originally released by Chiswick Records way back in 1979. It saw multiple pressings and reissues over the years with some very lengthy gaps where it was unavailable but never had an american release until a couple of years ago when Drastic Plastic Records released a really nice vinyl reissue that was easily one of the best looking and sounding versions ever. That release was so good it didn’t take very long for it to sell out but now the label has revisited this title one more time with a new vinyl edition of this classic.

As is the standard with Drastic Plastic’s releases, the cover art is faithfully and clearly reproduced on a glossy jacket. This comes with a printed inner sleeve that reproduces the art of the original inner but is on better quality stock and the record itself comes in one of those high-end anti-static sleeves. There’s two configurations for the vinyl: 200gm black vinyl or 150gm red vinyl (which looks great, matches the red in the cover art and is my preference) and both are limited to 1000 copies and are individually numbered on the back cover. The record was mastered by the geniuses at Masterdisk and it sounds better and more full than the original Chiswick pressing I compared it to. This could easily be the definitive vinyl edition of this album and it certainly goes without saying that if you don’t own a copy of this album on vinyl you are really missing out. Grab one now before they go out of print once again and be thankful that someone in this country finally decided to release this here for a fair price. If you can’t find it at your local store, tell them they suck and then order one direct from the label itself.