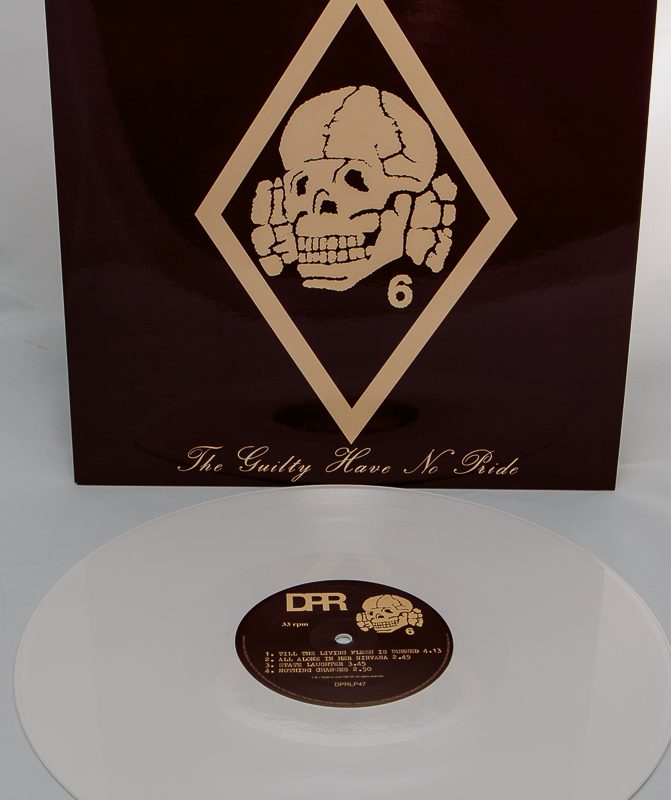 Death in June – The Guilty Have No Pride vinyl reissue 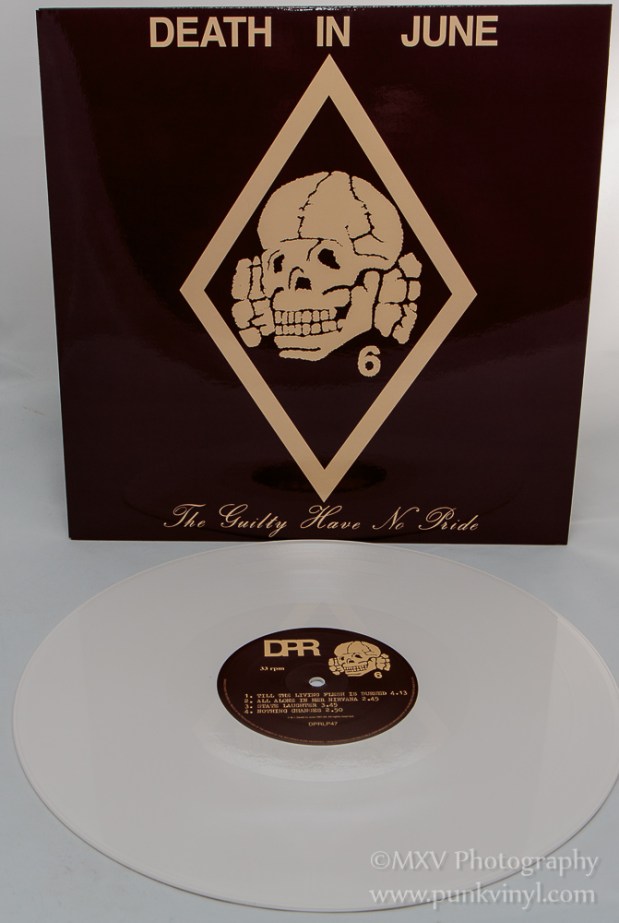 Death in June started way back in 1981 but didn’t release their début album until 1983. The band started as a post-punk band but after some key members left, the remaining founding member, Douglas P, moved the band into a more folk direction and changed the band’s sound radically. He still produces music under the Death In June name and the most recent release was 2013.

Death in June was a band I was only familiar with in name and I would often see their records in shops over the years when I was young and constantly out record shopping. When I was a more closed-minded punk rocker I ignored them because they weren’t punk or hardcore and when I got a little older and branched out into more styles of music like industrial and post-punk, I somehow still overlooked them. Their name came up frequently as a band people I knew in those circles liked but I just never got around to picking up their records and eventually I lost that opportunity as the early stuff went out of print and became collectors items. I resigned myself to having missed the boat on Death In June and my record collection has been lacking anything of theirs until now.

Enter Drastic Plastic Records, they have been on a tear the past few years doing high-end vinyl reissues of some of the best records of the early punk, post-punk, and alternative years. Their catalog is like the greatest hits of my teenage years and beyond and they’ve reintroduced a lot of great music to current generations of the record buying public who’d never get a chance to buy this music otherwise on the superior music format known as vinyl without considerable effort and sometimes great expense.

The Guilty Have No Pride was released in 1983 by New European Recordings. It was in print for maybe a few years and was never available domestically. The only way to get this record was as an import and I remember it not being cheap when I’d see it around at stores like Wax Trax Records which played a part in my never picking it up back then. This album is now available for the first time in America on vinyl and it is the first time in about 30 years that the record has even seen a vinyl release. Drastic Plastic took great care in reintroducing this album to the world in both the packaging and the sound quality. The music is darkwave/post-punk. It has clangy guitars like Joy Division and pounding percussion with a tribal quality at times. The songs are loud but have an underlying pop catch to them in spots and anyone who is a fan of the early post-punk/darkwave bands will find a lot to like in this record. Personally I’m glad I finally get to enjoy what I’ve been missing on the last three decades.

For this reissue founding member, Douglas P., remastered the album before it was sent off to Masterdisk to be properly cut to vinyl. Masterdisk does amazing work and has been the main vinyl mastering house of choice for Drastic Plastic and has an amazing track record. The original cover art is faithfully reproduced on a glossy jacket. The record itself comes in either 150gm white vinyl (my preference) or super heavyweight 200gm black vinyl and either is tucked inside one of those high quality poly inner sleeves. Each edition is individually numbered out of 500 copies. While I don’t have an original vinyl pressing to compare it to I can tell you this record sounds fantastic. It has nice deep lows, great sounding percussion and everything else sounds as it should. Owning this version, I don’t feel the need to seek out an original as I can’t imagine it sounding any better, especially considering the album was remastered by one of the band members. 30 years is a long time to wait for a record to become available again and this Death in June album was well worth wait and will be getting tons of repeat listening to make up for the lost time! I wouldn’t waste much time in grabbing this, with only 500 made of each edition it is likely to go quickly. You should be able to find this at most good record stores but if not you can always just order one directly from the label.