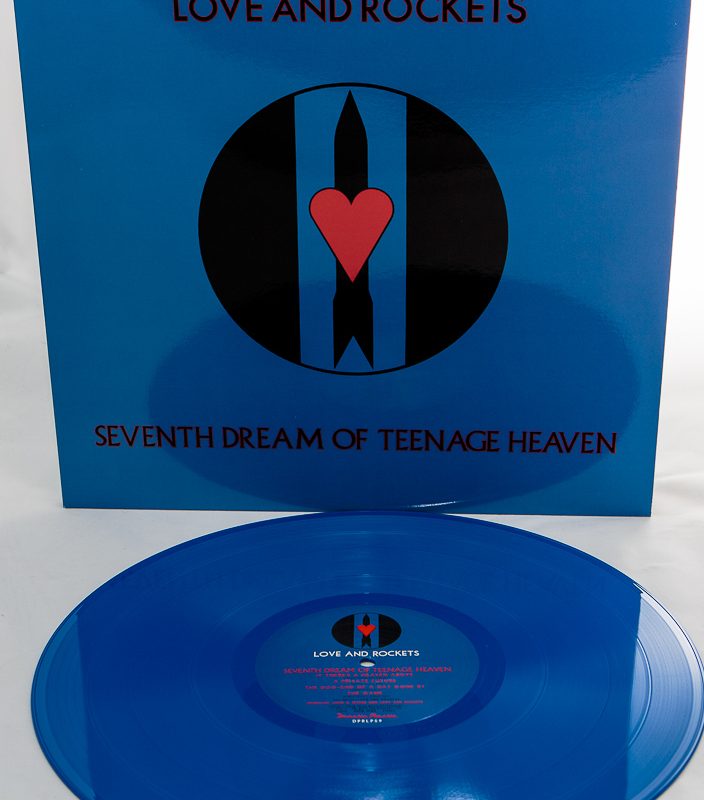 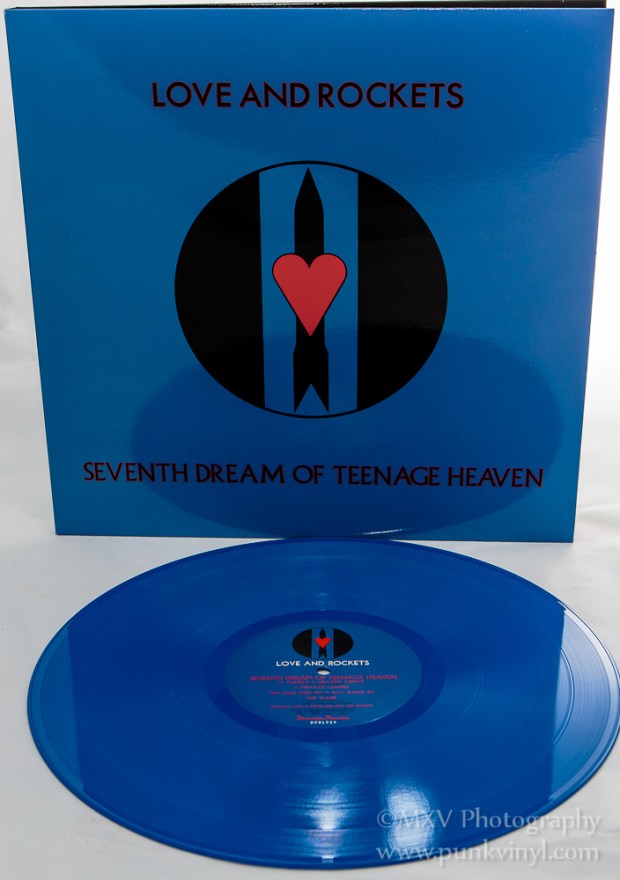 When Bauhaus split up in 1983 it didn’t take too long before all four band members started making music again; Peter Murphy embarked on a solo carer while the other three members, Daniel Ash, David J., and Kevin Haskins formed Love and Rockets. The two camps enjoyed quite a bit of success in second half of the 1980’s into the early 1990’s. Love and Rockets was the first post-Bauhaus projects to release a record back in 1985 when they debuted their first album, Seventh Dream of a Teenage Heaven.

The music of Love and Rockets was a logical progression from what the three band members were doing at the end of Bauhaus’ run. The songs they wrote and performed without Murphy on the band’s final studio album, Burning From the Inside, in hindsight seem like a precursor to Love and Rockets. The band got a little more experimental and a bit more accessible. They took that ball and ran with it on Seventh Dream of a Teenage Heaven. The songs are varied, melodic, quirky, and at times rather poppy. Daniel Ash and David J. both handle vocal duties and both had great singing voices. This début showed that by 1985 these three men were now seasoned songwriters and had crafted a unique alternative rock sound that reached a wide audience that transcended genres. While their best would yet to come in the two albums that followed, this was as strong of a début as you could have hoped for and looking back at this album it really is even better than everyone gives it credit for. Most people talk about Express and Earth, Sun, Moon when they talk of Love and Rockets but Seventh Dream of a Teenage Heaven is right up there in excellence when reviewing the band’s discography.

The album was released by Beggars Banquet in the UK in 1985 and contains seven songs. There wasn’t a domestic pressing of this available and there wouldn’t be until 1988 when the band had become more popular in the states. When the album finally was released here by RCA Records, the track list was altered. They added two additional songs, shuffled the song order around a little, and replaced the original mix of “Dog-End of a Day Gone By” with a remixed version. They must not have made too many of those either because I recall rarely seeing this album at stores when I’d be shopping back then. By this point the European pressings had dried up and long before the end of the 1980’s this album was no longer available on vinyl, a sorry state of affairs that lasted about 25 years.

Love and Rockets have received some vinyl love at the end of 2014 when Drastic Plastic Records licensed and reissued their first two studio albums on vinyl. The label has enjoyed a flawless track record thus far of not only great titles but amazingly high standards in quality and this album continues the fine tradition. The album artwork was faithfully reproduced on a glossy gatefold sleeve that is a better quality stock than any of the original pressings. It looks nearly identical to the UK original save for the alteration of the label name but even that was done to preserve the original Beggars Banquet look.  The record comes inside a high-quality anti-static poly sleeve and the label art matches the original as well. This version has the same track listing and order as the original UK edition. The record comes in two flavors: 200gm black vinyl or the more attractive 150gm blue vinyl which is a beautiful compliment to the cover art. Each edition is individually numbered on the back cover out of 1500 copies.

The mastering job on this disc (done by Kevin Gray at Cohearent Audio) is phenomenal and I think this is easily the best sounding release the label has done to date and that’s really saying something as they’ve all sounded fantastic. I played this back to back against the original UK pressing and this blew it out of the water. The sound of this was way more full and had a more prominent and pronounced low-end which makes the original edition sound tinny by comparison. This also sounds better than any CD version I’ve ever heard  making this the definitive edition in terms of sound quality. It gives a breath of fresh air to an already great album.

If you are a fan of this album you are going to want to own this version. On top of looking beautiful, the sound is well worth the upgrade. If you are unfamiliar with the band, this is as good of a place to start as any and with the vastly improved sound quality it is a no-brainer that this should be the way you hear this album. I can’t see myself reaching for my original pressing ever again with how much better this one sounds. Drastic Plastic hit a grand slam with this reissue and it is a good year when generations of music fans who weren’t around when this album was released can now walk into a record store and pick up this record on the superior music format. If you can’t find one of these at your local store you can order one of these directly from the source.