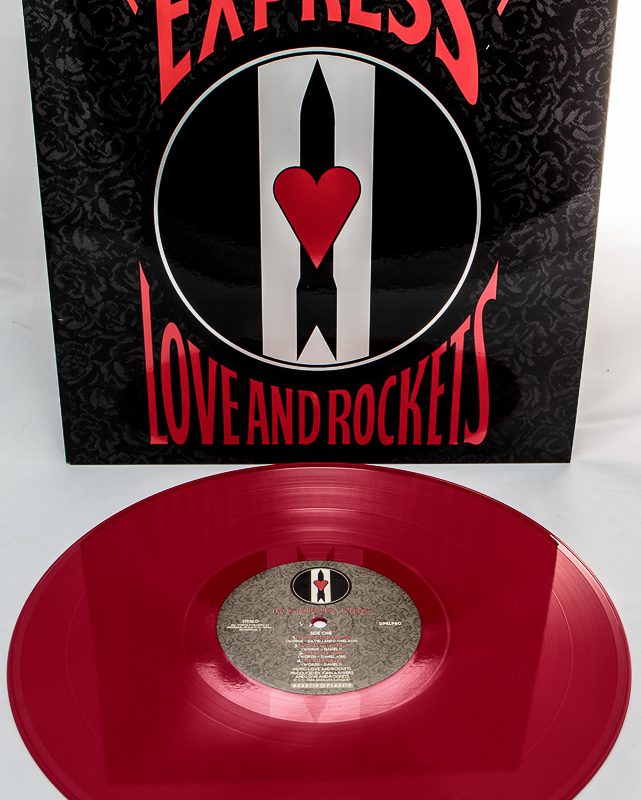 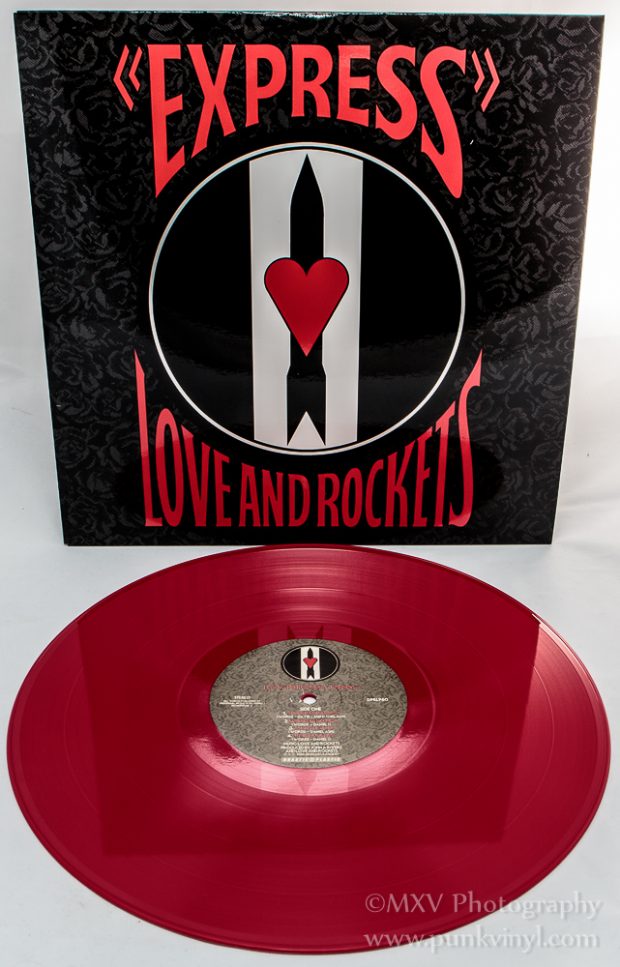 I remember when I was in high school a lot of the girls I was friends with (or liked) who were into The Cure also liked Love and Rockets. I remember hearing their song, “Yin and Yang and the Flowerpot Man” many times without even knowing it was them who did it.  I remember the first time I properly listened to Love and Rockets and that was watching the video for “No New Tale to Tell” from their third album, Earth, Sun, Moon. I really liked that song in spite of the fact that at the time I was a pretty closed-minded punk rocker who only liked punk, hardcore, and some metal.  It was soon after that I opened my mind and let a whole wonderful world of music I was neglecting in and Love and Rockets quickly became one of my favorite “non-punk” bands of the late 1980’s up to the very early 90’s with Express and Earth, Sun, Moon being my two favorite albums of theirs followed closely by Seventh Dream of a Teenage Heaven and the self-titled album.

For their second album, Express, the band turned up the pop a bit and the results were phenomenal. The aforementioned “Yin and Yang and the Flowerpot Man” was the true standout but the album was chock full of catchy alternative tunes like “All in My Mind”, and “Kundalini Express”, both which were released as singles. It really was a great album from start to finish and listening to it all the way through leaves me little to no desire to skip any songs while playing it. The band incorporated a bit of a psychedelic element to some of their songs too which worked out wonderfully, giving a bit of an atmospheric feel to some of the songs. They really hit a home run with this one and they would again for the next two albums, just in very different ways as each had its own unique sound.

Express was released by Beggars Banquet in the UK  in 1986 and it was simultaneously released here in America on Big Time Records. The original UK pressing had eight songs and for the US release, Big Time added “Ball of Confusion” to the album which was an earlier single recorded around the time of their first album. The track order is the same except where they stuck the extra song at the end of side one. By the time the 1980’s came to a close, all the big labels were making the shift away from vinyl for the far more profitable CD format and the Love and Rockets vinyl releases went out of print and were only available on CD and cassette as the new decade rolled in. It seemed like there would never be new Love and Rockets vinyl again, that is until the vinyl saviors at Drastic Plastic got their hands on a license to do vinyl reissues of the first two albums!

The label took every ounce of care they put into the first album into the second. The artwork was faithfully reproduced both front and back to match the UK Beggars Banquet edition with just minor changes to the label name which still preserves the look of the original. The cover is glossy and has vibrant colors and is a lot higher quality than the original editions. The record itself also reproduces the original UK label art and comes in one of those anti-static poly sleeves that not only keep the record static free but scuff free as well. The record comes in either 200gm black vinyl or the better looking 150gm red vinyl. The red vinyl compliments the red lettering of the cover art beautifully. Each edition is individually numbered with a foil stamp on the back out of 1500 copies. The record also comes with a reproduction poster of the one that was included in the original UK pressing (something I never owned!). The poster is huge and has artwork and song lyrics on it.

I compared this reissue to the 1986 US pressing on Big Time and the mastering job (done by Kevin Gray at Cohearent Audio) on this reissue easily bests it. The original does have a nice sound and some decent low-end but this new mastering job wins in both fullness and clarity. It wasn’t the major upgrade from the original that Seventh Dream of a Teenage Heaven was but it was still a very noticeable improvement and one worth double dipping for if you are fond of this record but already own an original. I know I’ll never reach for my US original again.  This version has the same track list as the UK original. If you like Love and Rockets and you collect records you really need one of these in your collection, it’s fantastic mastering job and great collection of songs make this a must-own. If your store is so foolish as to not stock this while it is still available then head over to the Drastic Plastic website and you can buy one while still at home in your pajamas and have it delivered to your front door. Nice work Drastic Plastic on this reissue, Love and Rockets vinyl fans across the country should be thanking you profusely for this, now please do Earth, Sun, Moon and the self-titled album!