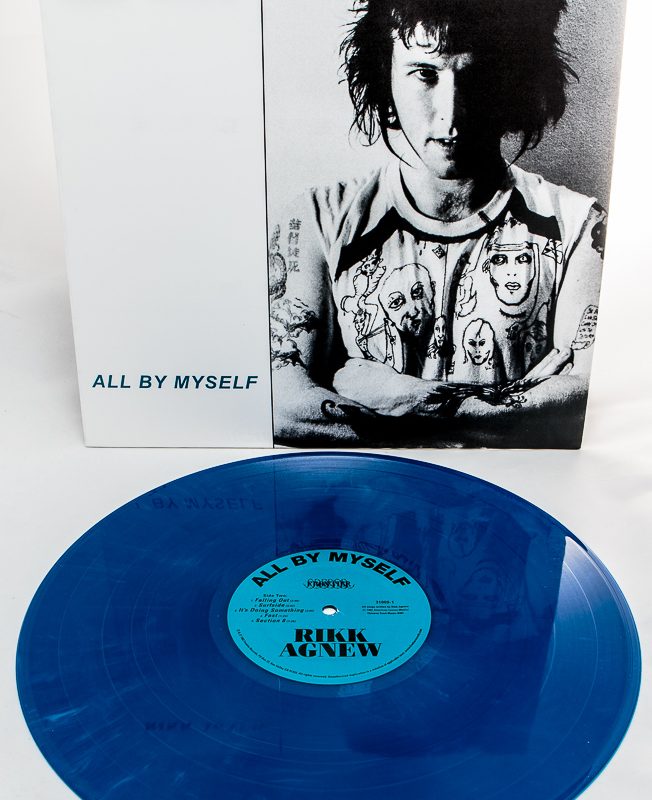 Rikk Agnew – All By Myself LP blue marbled vinyl 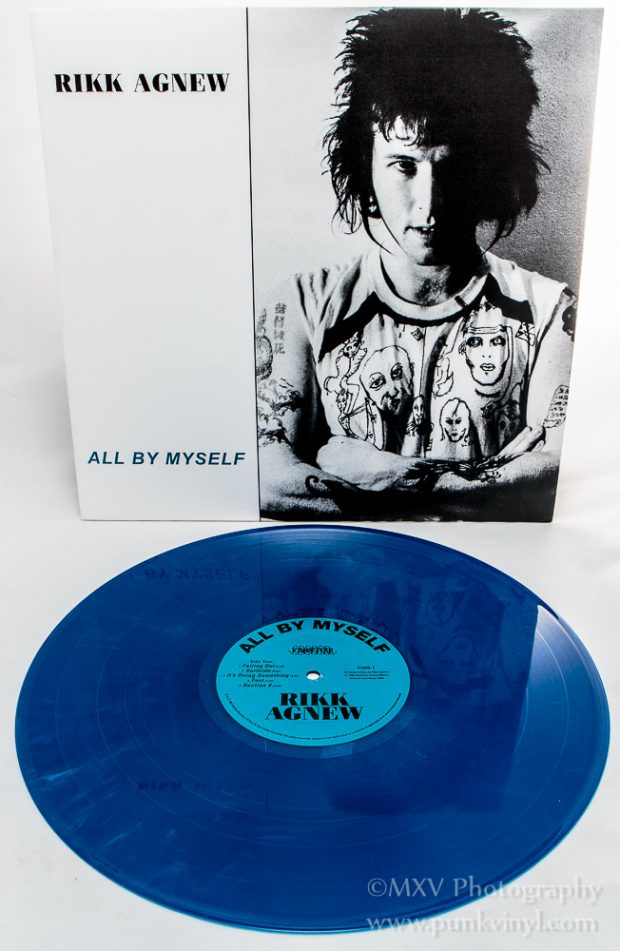 You’d be hard pressed to find a bigger talent in southern California punk rock than Rikk Agnew. Everything Rikk touched was punk rock gold and he had a hand in writing some of the most memorable punk songs in history. Rikk did time in The Detours, Social Distortion, Adolescents, Christian Death, and D.I.. All but one of those bands became household names in punk rock and the only reason The Detours wasn’t is because they didn’t release a record. I challenge you to name another punk musician who did more great stuff than Rikk. Go ahead, I’ll wait…

You came up with nothing didn’t you? I told you! In 1982 if someone came up to you with the idea of a punk musician making a solo album you’d be laughed at as that went against pretty much everything that people thought about punk music at the time. These bands weren’t rock stars and someone doing a solo album would be deemed crazy but Rikk Agnew did just that. He made a solo album, aptly titled All By Myself, and it was good! Only Rikk Agnew could get away with such a thing and this album really showcased how much talent he had seeing as he played every instrument on it. The album had a familiar sound to the other work he was doing at the time and one of the songs on it, “OC Life” would later be made famous by D.I. after he joined that band and they released it on one of their albums.

All By Myself came out in 1982 on vinyl (the dominant format of the time) and was in print for a couple of years before it slowly vanished where it went nearly forgotten for decades until it was reissued on CD. A few years ago, Frontier Record brought it back to life on the vinyl format and since then it had two or three colored vinyl editions that came and went. This album is available once again, this time on blue marbled vinyl. The blue vinyl compliments the blue ink on the album cover used for the title. The music on this disc is the same great collection of songs as usual and the artwork remains unchanged.

If you are a fan of any band that Rikk was involved in (and really who isn’t?) then this album needs to be on your shelf alongside them. Get in on the blue marbled vinyl action before they are gone by visiting the Frontier Records website. Frontier is really a great label and their prices are among the lowest around these days whereas most labels are charging a lot more for their records, many of which aren’t nearly as good.