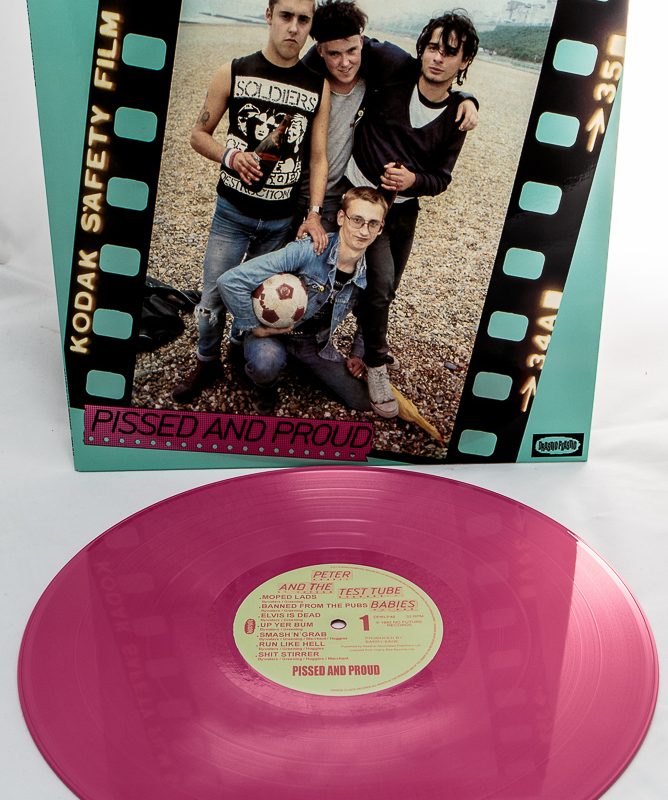 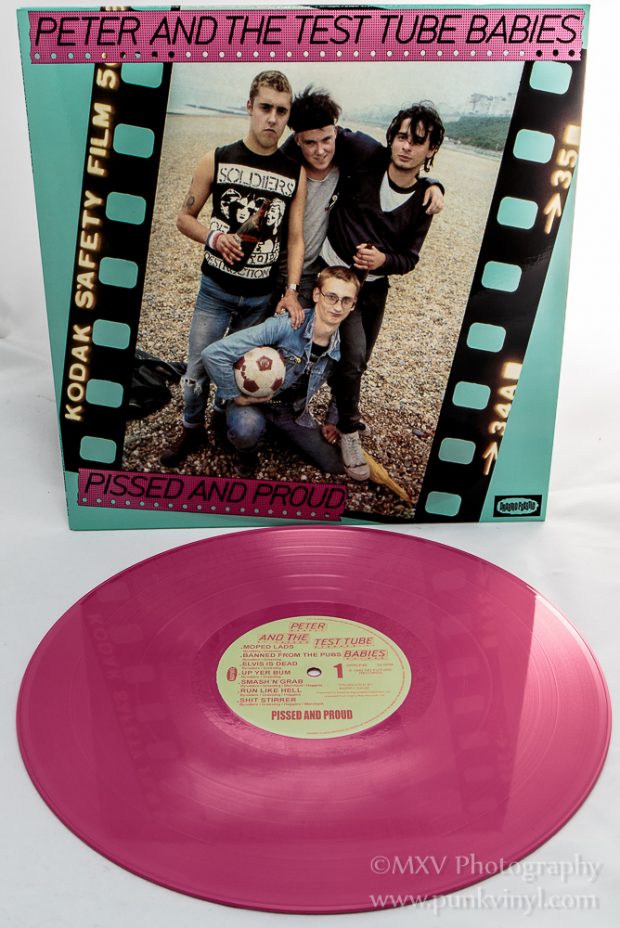 Peter and the Test Tube Babies are a UK punk rock band that started in the early 1980’s. They are probably best known for their punk rock anthem, “Banned From the Pubs” which was not only the band’s first single but it also appeared on the Punk and Disorderly compilation which was how most people here in the United States likely heard it. I remember the first time I heard the song was on our high school radio station when two of my older punk friends played it on their radio show.  I’d eventually find a copy of the 7″ a few years later but by then I had played the song hundreds of times on that compilation as that was an easy record to find back then.

The band went against normal convention when it came time to release their first album and instead of recording a studio album they opted to record some live shows and piece them together to form a live album. Off the top of my head I can’t think of any other band whose first album was a live one. It the case of Peter and the Test Tube Babies it worked because the band comes across as a fun live pub/punk band and what better way to simulate that experience than to hear it recorded live. The song titles were somewhat ridiculous and their whole gimmick was pretty tongue in cheek but their music was catchy, anthemic punk rock that waved a big middle finger at everything. In other words it was exactly what us rebellious teenagers craved back then and it still is fun now over 30 years later.

Pissed and Proud was released in 1982 on No Future Records in the UK. It never came out in the United States so the only way to own it was to buy import copies. Believe it or not I never got around to picking this album up back then and until now I have never owned a copy of this album. For the first time the album is available domestically on vinyl and it is the first time in 13 years that it has been available on the format in any country. Drastic Plastic Records finally gave the states a vinyl release of this album and they did it with their usual high quality.

The album comes in a glossy full color sleeve that recreates all the original artwork. It looks very clean and sharp. Inside you’ll find the record inside a poly sleeve that prevents scuffing when removing the record. The vinyl comes on either 200gm black vinyl or 150gm opaque pink vinyl which looks better and compliments the cover art nicely. Each variation is limited to 500 copies that are individually numbered on the back cover. While I can’t compare the sound of this reissue to an original, I can tell you that it sounds great and as good as a live recording can based off the source recording and based on their track record it likely rivals the sound of the original pressing. I’m glad to finally have this LP in my collection and owning this very attractive edition leaves me no desire to ever pick up an original copy. It is pretty amazing to see all this great old punk rock being released on vinyl  again for current generations of music fans and if you are a fan of old punk rock you’d be wise to grab one of these limited edition records for your collection while you can before they are gone yet again. If your store doesn’t carry this you can order one directly from the Drastic Plastic Records website.