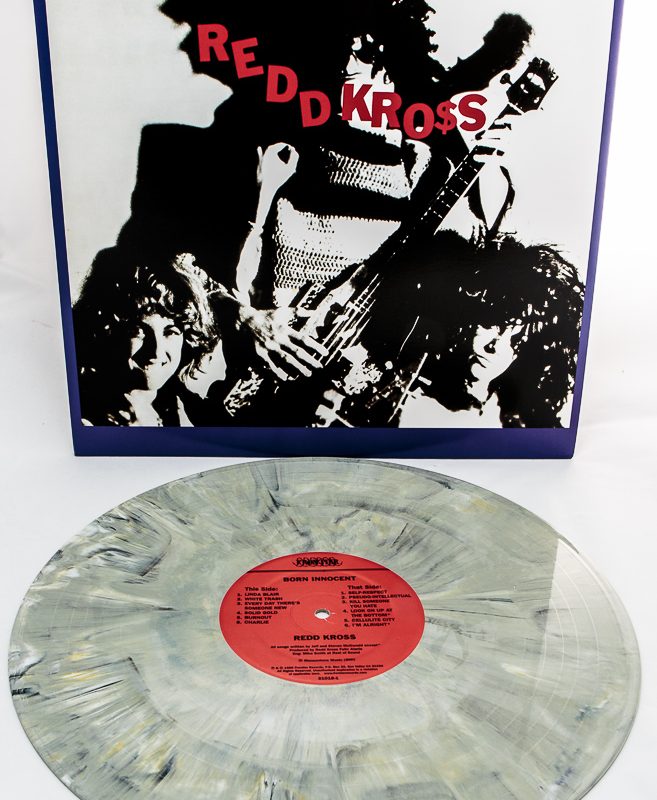 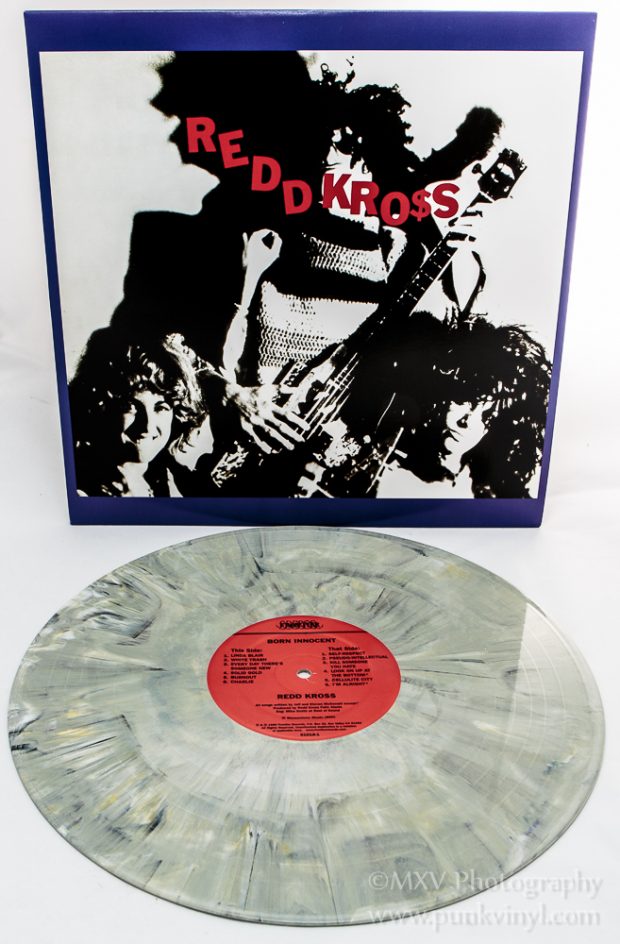 Two labels, two covers. That’s the history of the first Redd Kross album, Born Innocent. The album was first released by Smoke Seven Records in 1982 when the band was still going by the name, Red Cross. The threat of legal action forced them to change their name to Redd Kross but by then this album had already gone out of print and the label it was on closed up shop. Frontier Records got the rights to the album a couple of years later and reissued the record with all new cover art that also featured the new spelling of the band name. The record enjoyed a fairly lengthy life on vinyl before being phased out for the more popular CD. In 2005, Frontier Records started bringing back many of their titles on colored vinyl and it was the first time Born Innocent was available on the vinyl format in over 15 years.

When the label re-released this on vinyl they went back to the original cover art featured on the Smoke Seven release, which was a first for this record on Frontier. They of course had to change the artwork to reflect the change in spelling for the band name. I was pretty happy to see the record back in its original cover and the record has been released on a few different colors in the past ten years. It had been awhile since the last one and since those are long gone they pressed up a new batch of records on a new color vinyl. This time we get a really cool looking gray marbled vinyl. If you look closely the copy they sent me even has some yellow in there. I think it looks really sharp and this is easily my favorite colored vinyl version so far. The record comes with a nice insert too.

These will only be around while supplies last and if your local record store sucks and doesn’t stock these you can get one sent to your home while in the comfort of your pajamas by visiting the Frontier Records website.