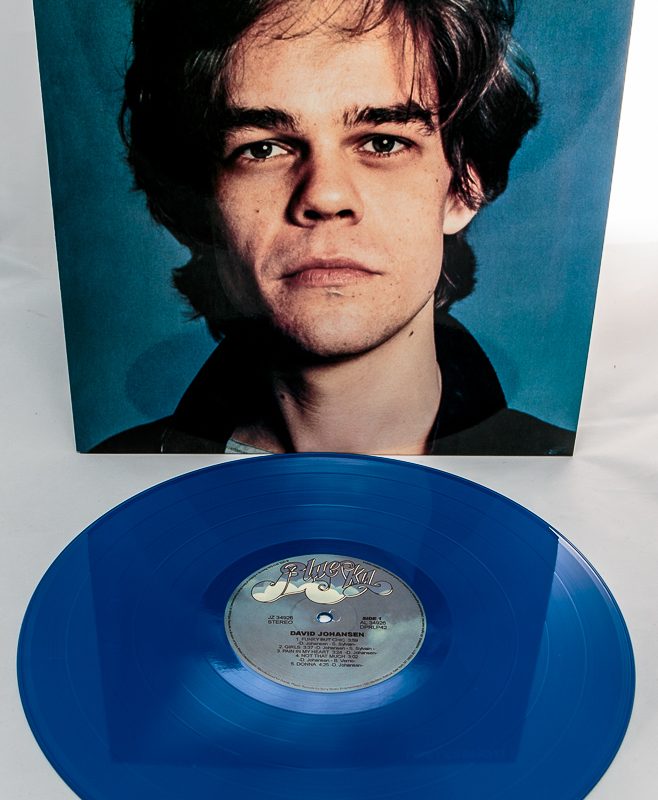 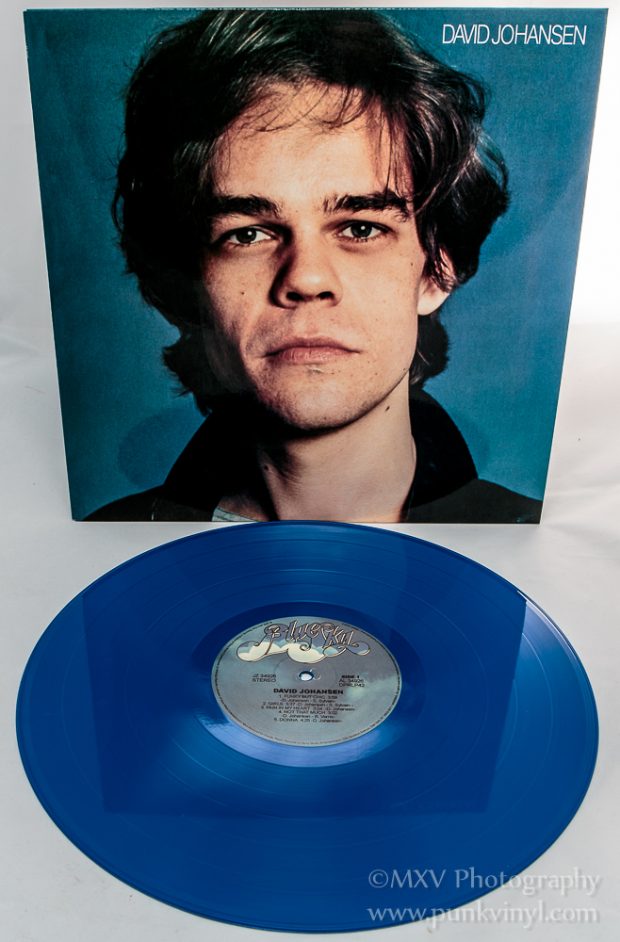 David Johansen is probably best known for being the singer of the New York Dolls who are largely credited as being one of the bands that influenced and helped spawn punk rock in the 1970’s. The short-lived band made quite a mark on the musical world with their flamboyant glam look and their gritty, hard-edged, attitude-laced rock tunes. Their two studio albums are considered classics (especially the first one) and they influenced both punk rock and the glam rock that would follow in the 1970’s and 1980’s.

After the release of their second album, Too Much Too Soon, the Dolls splintered in half and David Johansen and Sylvain Sylvain kept the band going which failed miserably before disbanding. At this point David embarked on a solo career and brought Sylvain along for the ride as well. David’s first, self-titled album was released in 1978 and it was a really good rock album that had some similarities to the New York Dolls in its sound. The songs were a little less gritty but they were still great, hard-edged but tuneful rock songs. It easily stood up with the second Dolls album and is in a lot of ways a more enjoyable album. David has one of those instantly distinguishable voices that was perfectly suited for this style of rock and roll and he was in top form on this album.

After this album Johansen would evolve  his sound multiple times, proving what a musical chameleon he was and in the late 1980’s he rechristened himself Buster Poindexter and enjoyed big success largely due to his hit single, “Hot, Hot, Hot”. That song was a staple of MTV and the radio back then and even led to an acting career. In more recent times, David Johansen was found touring again as the New York Dolls with the few surviving members that were left (which I think is down to Sylvain and himself) which wasn’t bad but failed to recapture the magic that was the original band.

Johansen’s début solo album was released in 1978 by Blue Sky Records which was an imprint of Columbia Records. It was released on LP and cassette and then at some point it went out of print. A CD version of this album was issued in 2008 which means this record was unavailable on any format for at least two decades but the vinyl has been unavailable for closer to three. With the popularity of the New York Dolls still going strong after all these years, as well as Johnny Thunders, it seemed like it was about time that someone reissue David Johansen’s early solo work and the archaeologists at Drastic Plastic Records took up the task of giving this overlooked album a proper vinyl reissue.

The album comes in a glossy full color sleeve that faithfully reproduces the original cover art and it looks clean and sharp. Inside you’ll find the record housed in a high-quality poly sleeve to avoid scuffs. The record comes on either 200gm super heavyweight black vinyl or the beautiful 150gm opaque dark blue vinyl which compliments the cover art and looks better. The record was mastered by Kevin Gray at Cohearent Audio. I don’t own an original vinyl copy of this to compare them back to back but I can tell you that this new version sounds fantastic and Kevin’s work on the Love and Rockets reissues easily bested the originals so it’s safe to assume this does too. Each version is limited and individually numbered on the back sleeve.

If you liked the New York Dolls then you’ll easily like this album too as it sounds like an extension of that band and this record would easily fit in your Dolls-related collection. I’m glad to finally own this album and can’t believe I overlooked it for my entire life so far. Most good record stores should have this but if not you can always order one directly from Drastic Plastic Records’ website.