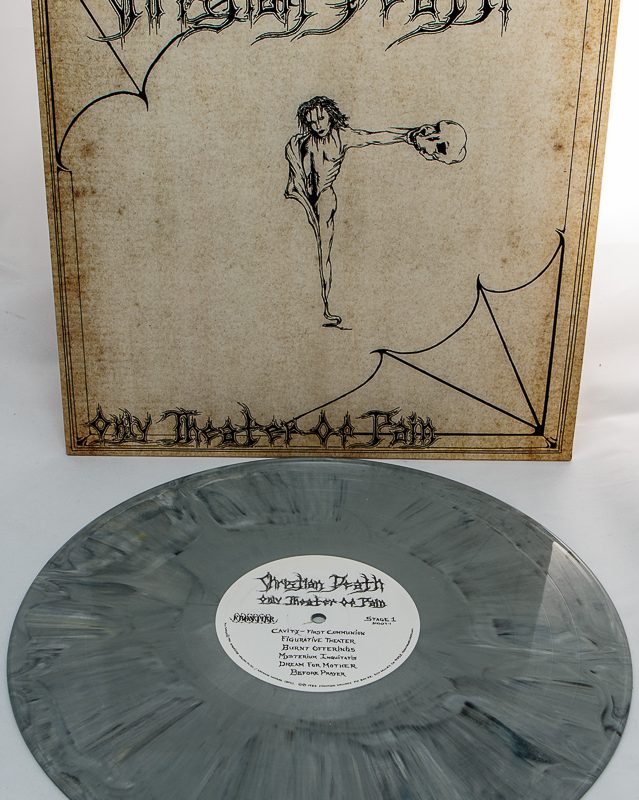 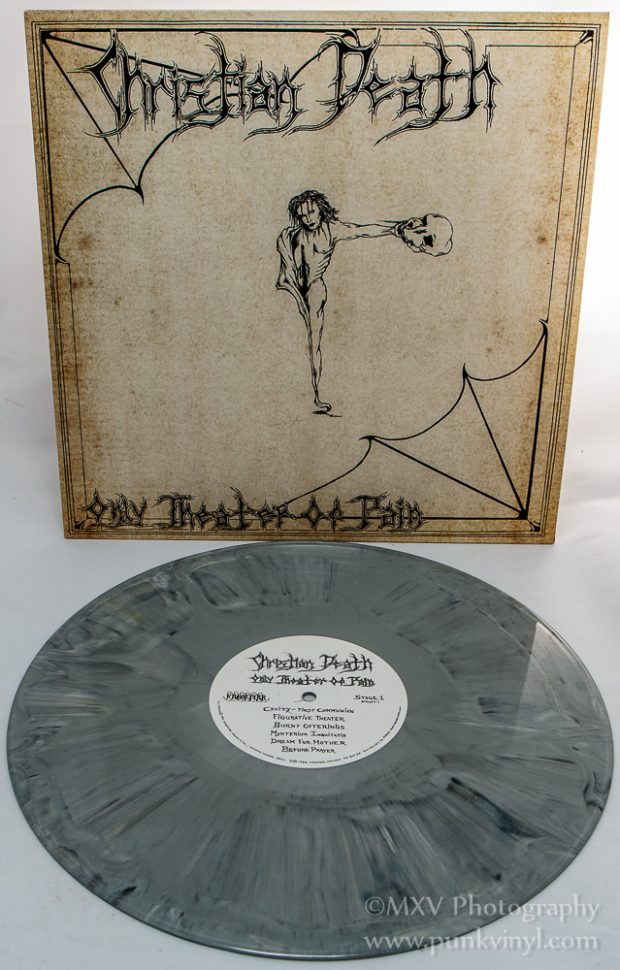 The two favorite colors of every goth or death rocker is black and white; black for their preferred color of clothing and white for their often pasty white complexion due to their aversion to the sun. While I enjoy goth and death rock very much, I never fully adopted their fashion sense though I do have the naturally heroin white complexion and about 90% of my wardrobe consists of black t-shirts.  When it comes to colors of vinyl for the first Christian Death album, Only Theater of Pain, you’d think it would have been a no-brainer to use some sort of mix of black and white vinyl for a special edition but believe it or not this is the first time it has happened.

Christian Death’s début album (the only one to feature the full founding lineup) is a death rock masterpiece that helped spawn generations of goth and death rock bands. This is one of the best in the genre and one of these really should be issued to every home. If you have lived under a rock for your entire life and haven’t heard this album you need to get out from under it now and fix that immediately or else be sentenced to wearing a cone of shame!

This here version of Only Theater of Pain is the remastered version from a few years ago. It sounds better than the old master and the cover art was changed to look like it was printed on parchment and it features the original design by Rozz Williams, the deceased front man for Christian Death. It is on gray marbled vinyl and it really looks sharp, not to mention it compliments the goth wardrobe. It is only available for a limited time and you can get it directly from Frontier Records if you can’t find one at your local store. While you are they you can also pick up some of their other classic punk titles which are some of the all-time best in the genre. Don’t sleep on this one too long night walkers, it’s not likely to last very long!