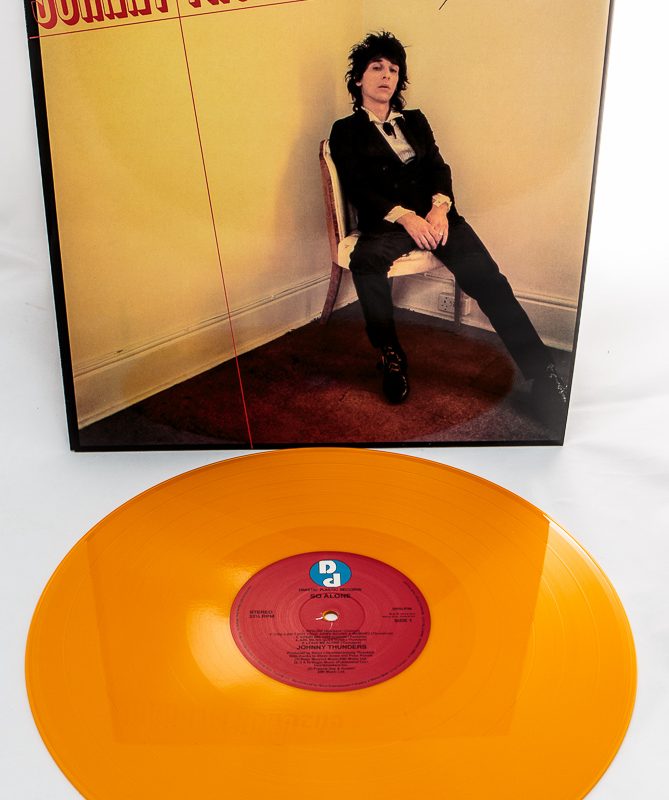 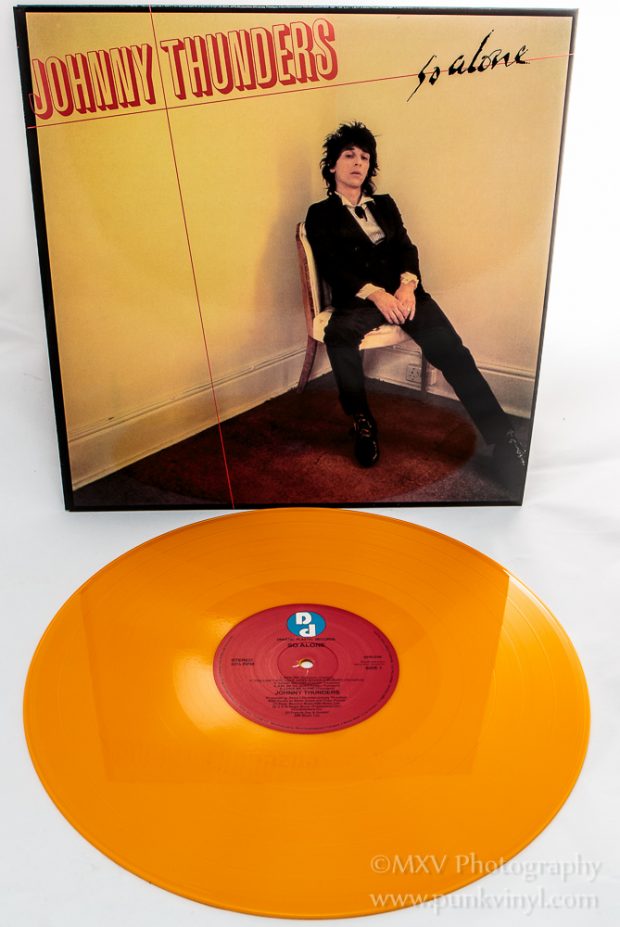 Johnny Thunders was easily as famous for his drug use and reckless lifestyle as he was for being a musical pioneer. As a member of the New York Dolls, Thunders helped change the future of music and influenced what would become punk rock as well as the glam rock that followed years later. When the Dolls split up, he formed The Heartbreakers who were even more influential to punk rock and songs like “Born to Lose” and “Chinese Rocks” are among the greatest punk songs of all time. Johnny didn’t stop there though, after disbanding the Heartbreakers he embarked on a true solo career.

Thunders released his first solo album, So Alone,  way back in 1978. He was anything but alone, however, as he had an impressive array of well-known musicians playing on this album with him including Chrissie Hynde (Pretenders), Phil Lynott (Thin Lizzy), Steve Jones and Paul Cook (Sex Pistols), Billy Rath (Heartbreakers), and others. The result of having all this great talent back up Thunders is a varied and quite enjoyable rock and roll album. There’s harder edged, Dolls/Heartbreakers type songs, a cover of  the surf classic, “Pipeline”, some more bluesy songs, and more. It really is one hell of a great solo album and it is one I’m embarrassed to say I overlooked growing up. This is why reissues are a good thing, they bring back to light old gems that many may have overlooked and gives people a chance to easily pick up something they may have missed out on the first time without having to put much effort into finding it. It is even better when it is an album that was never available domestically before (at least on vinyl).

So Alone never had a domestic vinyl pressing and it wasn’t even available on any format in the states until 1992 when it was released on CD. The only way to get this record back when it was originally in print was as an import which also explains why it was easy for me to overlook. Drastic Plastic records finally gave this album a proper American release with this beautiful vinyl reissue.

The album comes in a nice glossy standard jacket that cleanly reproduces the original cover art with only minor label information changes. The record comes in color printed inner sleeve that has photos and lyrics on it. The record was mastered by Kevin Gray at Cohearent Audio, who is going to become a household name soon based on how great the stuff he’s done for Drastic Plastic sounds. This is no exception, it sounds excellent all around. I don’t have an original version to compare it to but I’d bet this probably bests it, or worst case scenario it will match it. The vinyl comes in two versions: 200gm black vinyl or 150gm yellow vinyl which matches the cover art nicely and is far more interesting to look at. Each edition is individually numbered out of 1500 copies on the back cover with a foil stamp. This is really a beautiful looking and sounding reissue and I’m glad it exists so I can finally have a copy of this record in my collection and can play it repeatedly to make up for lost time. If you want one and can’t find one at your local store, chastise them for their poor choice in stock and hit up the Drastic Plastic website and have one delivered right to your door.