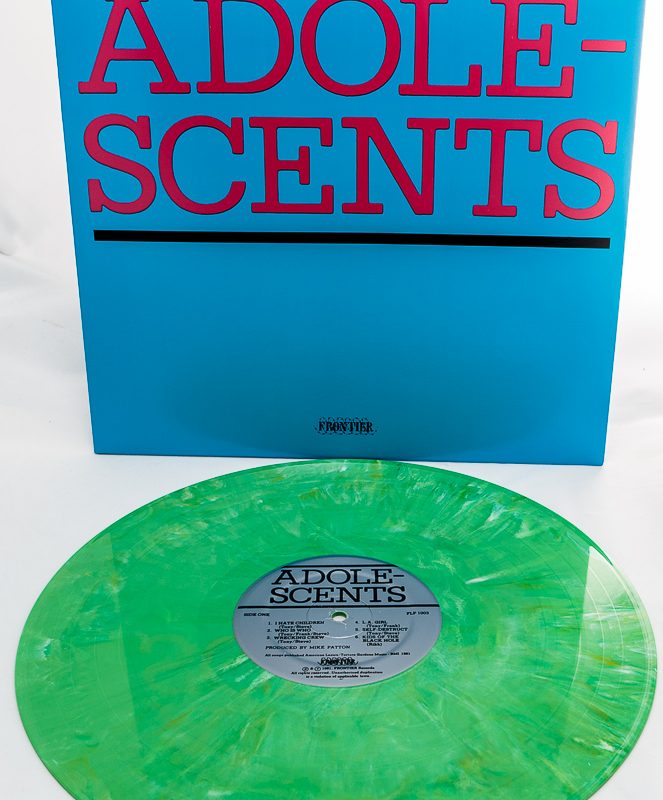 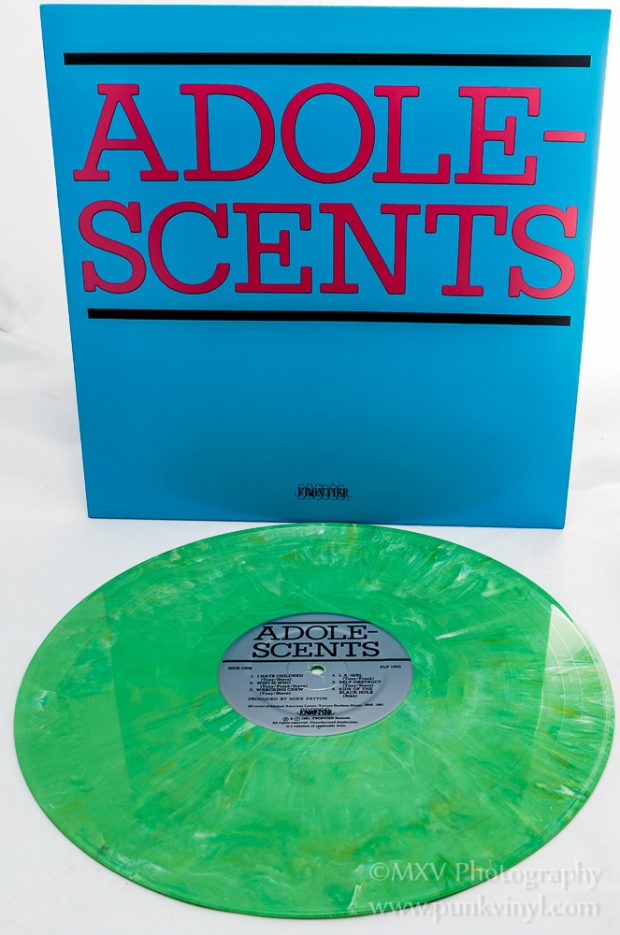 The Adolescents have been around in one form or another for almost 35 years now. They are still at it today and have a brand new album that was just released last week (look for a review of it on this site in the near future). While they are still churning away and sometimes playing shows, their début album keeps on selling. It blows my mind to think that there are kids buying this album today who weren’t even born when this album was released and their parents are likely the same age as me, or even younger! Time sure flies, it doesn’t feel like three decades ago that I found a copy of this album at J.R.’s Music Shop in Yorktown Mall and brought it home to have my teenage ears blown away by its greatness.

My first exposure to the Adolescents was their tracks on the Someone Got Their Head Kicked In compilation on BYO Records. That compilation got so many plays that I am surprised it survived my youth. The song, “Wrecking Crew” was one of the best songs on that compilation and it was taken from their self-titled album, affectionately referred to as “the blue album”. The Adolescents were part of that little family of bands that at some point shared members over the years which included D.I. Social Distortion, and Agent Orange in their early years.  All of those bands became household names to punk rock fans over the years and were some of the most well-known bands of the 80’s punk boom.

The blue album has seen its share of various colored vinyl pressings over the past ten years and shows no signs of slowing down because it’s one of those albums that people keep discovering and buying. Frontier Records recently gave this album a new color treatment. This time we get a green marbled vinyl edition. It is opaque green with white streaks in it. I think it looks pretty neat and I have always liked marbled records much like I enjoy the marbled donuts at the local Dunkin’ Donuts. The record still sounds and tastes the same (I’m making assumptions about the taste, I’ve never actually sampled them) and comes with an insert which none of the old black vinyl pressings did after the initial pressing. The price hasn’t gone up much in the past 30 years either, especially compared to what some modern labels are charging for their LP’s.

If you need one of these for your own punk vault, you can probably find them at your local store, otherwise hit up the lovely ladies at Frontier Records and they can hook you up while supplies last.