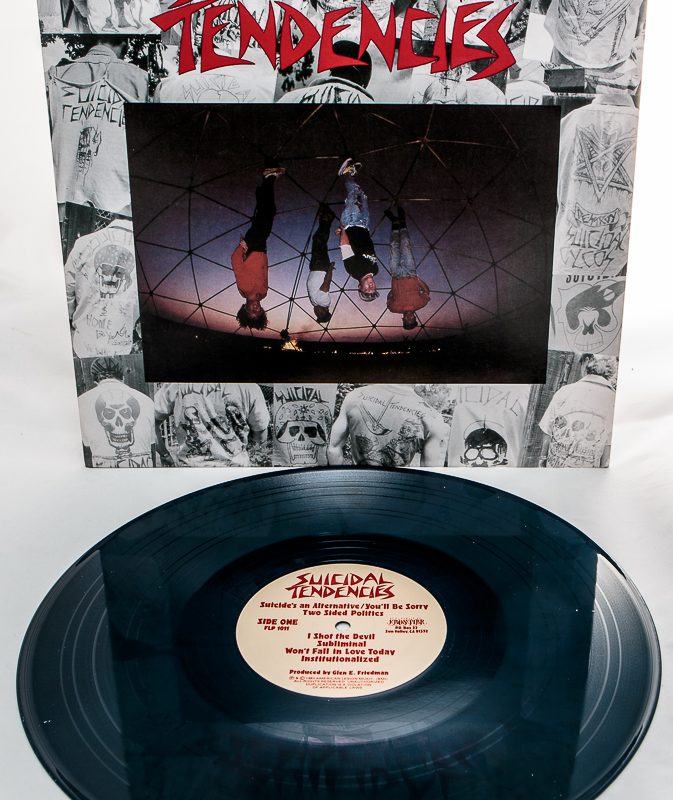 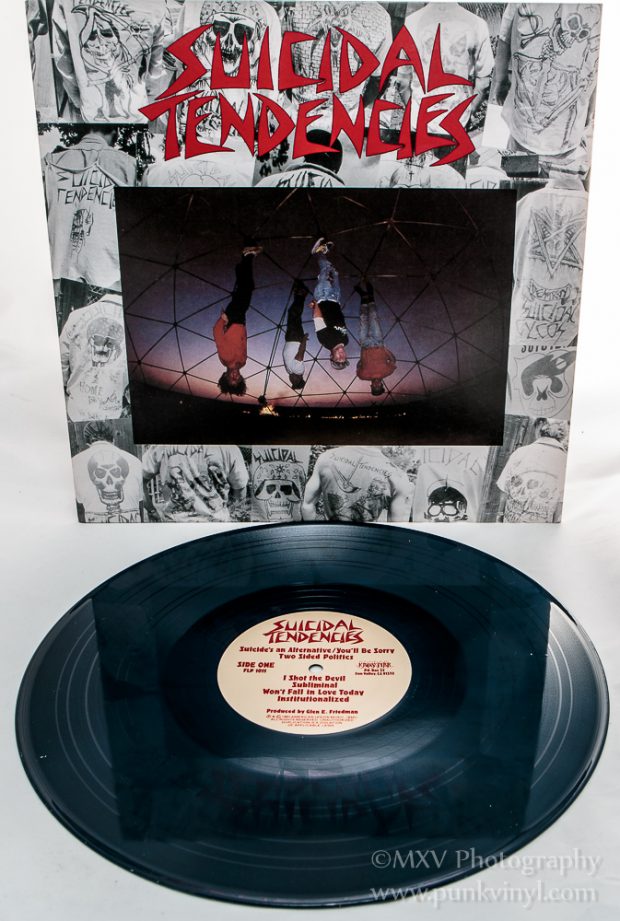 I spent a lot of my teenage years up in my bedroom listening to records. If I wasn’t out skateboarding or at the local video arcade I was in that room playing my records. I spent nearly every dollar I earned in my teenage years buying more records and I hit up as many record stores that carried punk records as I could find in my area. In the winter time before I had a driver’s license I actually used to walk to a local mall about five miles from my home that had a good selection of punk records to spend my entire paycheck on them. I was obsessed with them and really that hasn’t changed as I hit middle age.

A lot of things run through your mind when you sit around listening to music, especially when you are young. When I was in my room trying to figure it all out I’d often times stare at the record covers of the record I was playing and I’d read the lyric sheets and follow along to the songs (I’d never sing along though because no one wanted to hear that, especially me!). I remember staring at the cover to the first Suicidal Tendencies LP as I’d play it repeatedly and be fascinated by all the images of the Suicidal shirts on the cover. The artwork looked so cool and they all appeared to be hand drawn. I wondered where I could get one (which I never found out) and I imagined how cool I would look if I was wearing one to school. It looked like they were part of some punk rock skateboard gang and I wanted in. I wonder now if any of those shirts survived the past 30 years. I bet if any have they would fetch a hefty sum on eBay.

That Suicidal Tendencies album has to be one of the best-selling punk rock albums of all time (I’m talking real punk rock here on an independent label, stuff like Nirvana and Green Day don’t count). Hell, most people who didn’t have a clue what punk rock was even knew the song, “Institutionalized”, it even had a video played for it sometimes on MTV. The album still sells steadily and people are buying it now that weren’t even born back when I was fantasizing about wearing one of those cool looking shirts in the early 1980’s.

The album was released way back in 1983 and it has actually been in print on vinyl for a majority of its life. About ten years ago, Frontier Records began pressing its back catalog on colored vinyl. The colors have changed many times over the years and they seem to average a couple of colors a year. This time the album has been pressed on navy blue vinyl. It is really dark and has black streaks in it which makes it look even darker. It isn’t a common color of vinyl at all and off the top of my head I can’t think of any other records that look like this one. The album comes with a lyric sheet too so current teenagers and follow along to the songs in the confines of their bedrooms like I did back then. This color is only available while supplies last (which is seldom very long) and you can get one directly from Frontier Records if you can’t find one at your local store. While you are there you can pick up new colors of their other punk classics as well.

And all that time I spent in my room never did lead to me figuring it all out!