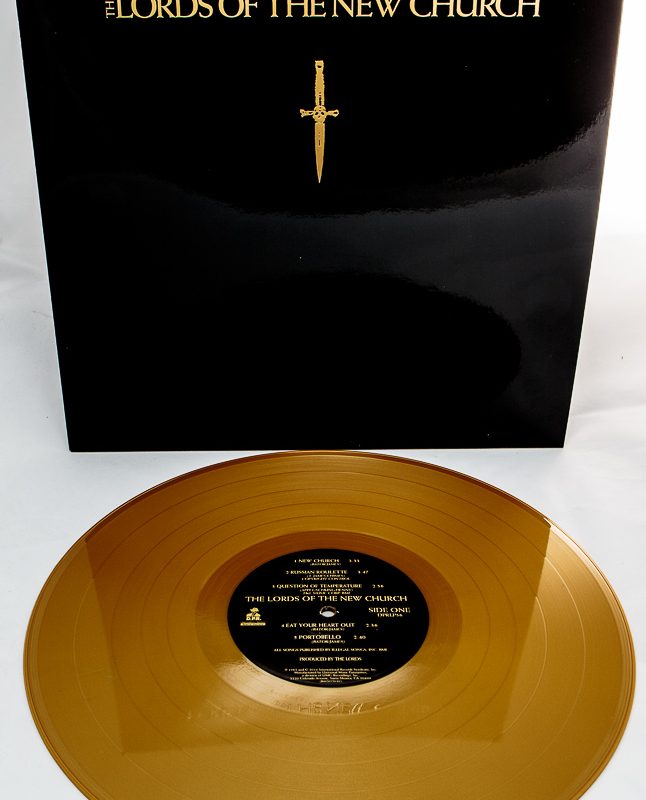 The Lords of the New Church – LP vinyl reissue 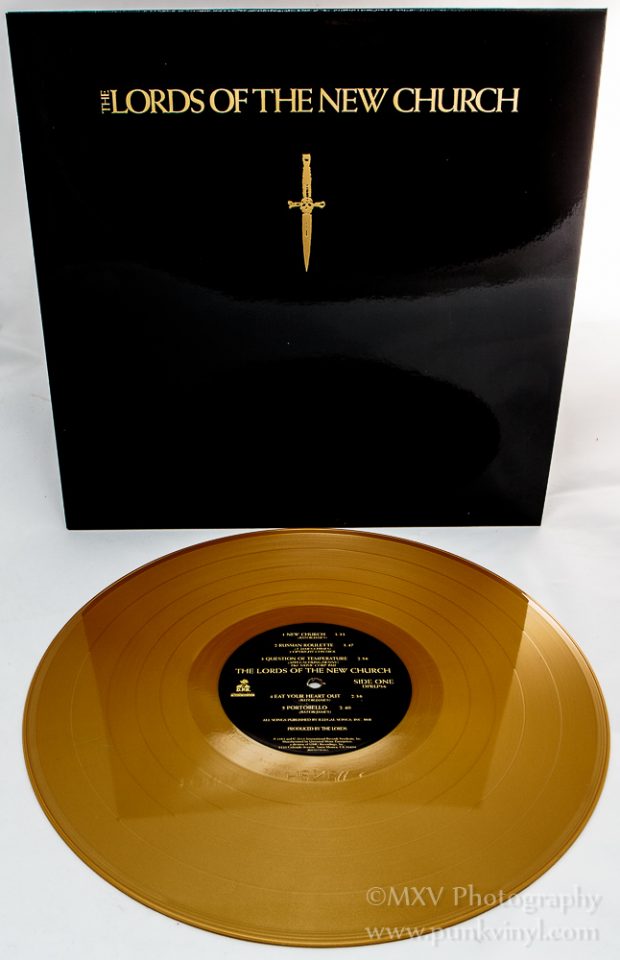 When I was in high school I was eagerly learning more and more about the wonderful world of punk rock. I would buy records every chance I got, read any zines I could get my hands on, and share knowledge and recommendations with my fellow punk rock friends (which were few back in the early to mid 1980’s). To quote the Descendents, I wanted all! I can’t remember if it was in a magazine or on 120 Minutes on MTV but I heard of this super group called The Lords of the New Church that had the singer of the Dead Boys and the original guitarist of The Damned plus a dude from Sham 69. My teenage mind was blown by this information and I immediately went out looking for one of their records. When I found one, a collection called Killer Lords, it wasn’t at all what I expected. I was expecting it to sound like the offspring of the Dead Boys and The Damned and it didn’t sound like that at all. The band had punk roots, and that was sprinkled very lightly in some of their songs, but the band was really more of a gothic rock/alternative rock band and had more in common with bands like Bauhaus and Siouxsie and the Banshees than it did The Dead Boys or The Damned. Once I gave it a few spins and opened my mind, I found that album to be quite enjoyable. I even got a kick out of their cover of Madonna’s, “Like a Virgin”.

The Lords of the New Church were active from 1982 until 1989 when Stiv Bators dissolved the band onstage after playing a show in London. Stiv Bators would die just over a year later after being hit by a Taxi and not getting medical treatment which resulted in his passing away in his sleep that night.  They released three studio albums and one live one while they were still active.

Their début, self-titled album was released in 1982 by I.R.S. Records. For some reason the US and Canadian versions had totally different cover art but the track list remained the same across all versions. The European version had a painting of the band sitting at a table as the cover art and the North American versions had a simple black cover with gold lettering and a cross. For some reason I never came across that album back in the 1980’s and I still never run into copies of it at used record shops or record fairs. By the time the band broke up this record was only available on CD and it has never been available on vinyl again until now.

Drastic Plastic Records just gave this album a beautiful reissue. The cover art has been faithfully reproduced on a glossy cover and it is even embossed. The record is in a poly lined sleeve and comes on either 200gm black vinyl or 150gm gold vinyl. I love how the gold vinyl matches the logo on the front cover. Each edition is limited to only 500 copies and is individually numbered on the back cover with a foil stamp. The record was mastered by Kevin Gray at Cohearant audio and he once again hit a home run. I think at this point it is a safe bet that if you see his name attached to the mastering of a reissue that it is going to sound amazing and this is no exception.

I think that in current times, The Lords of the New Church has gone forgotten by many people and hopefully this great reissue introduces this band to a new generation of music fans or reintroduces them to us old timers who may have forgotten about them or completely overlooked them. If you are looking for a music fix and haven’t heard this band before, grab one of these while you can as it is a great album from start to finish. I wouldn’t wait too long though with only 500 being made of each version they aren’t likely to be around for very long. If you can’t find one then head over to the Drastic Plastic website and have one sent straight to your door.