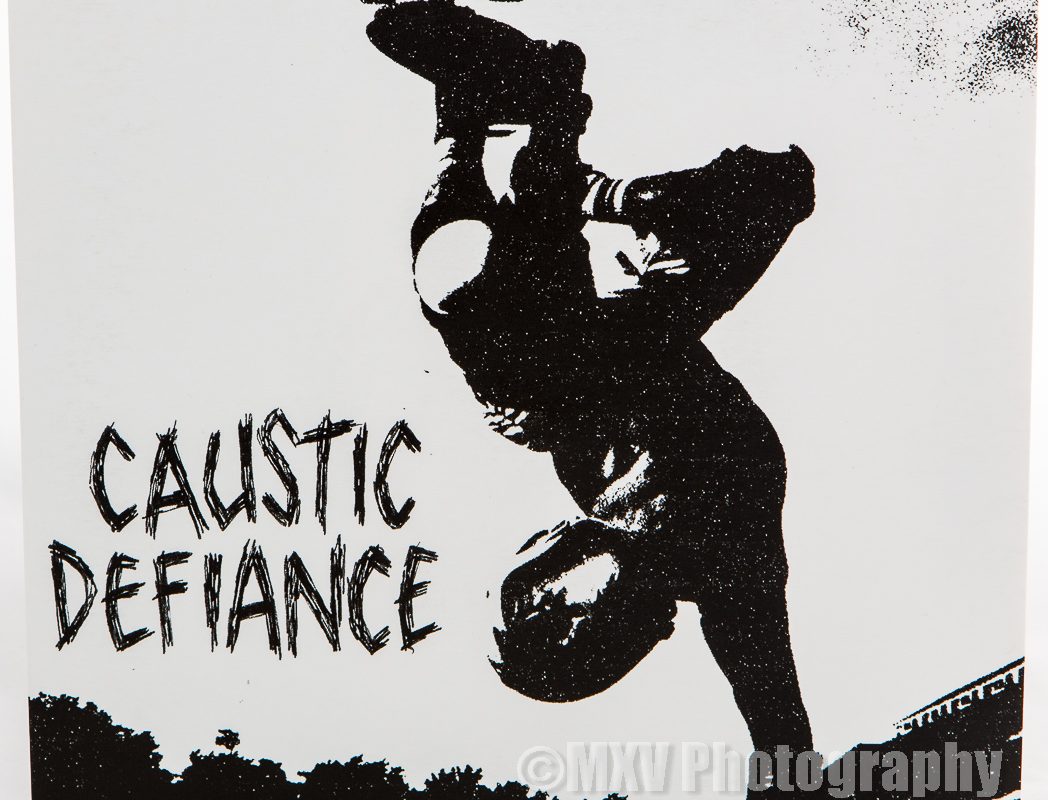 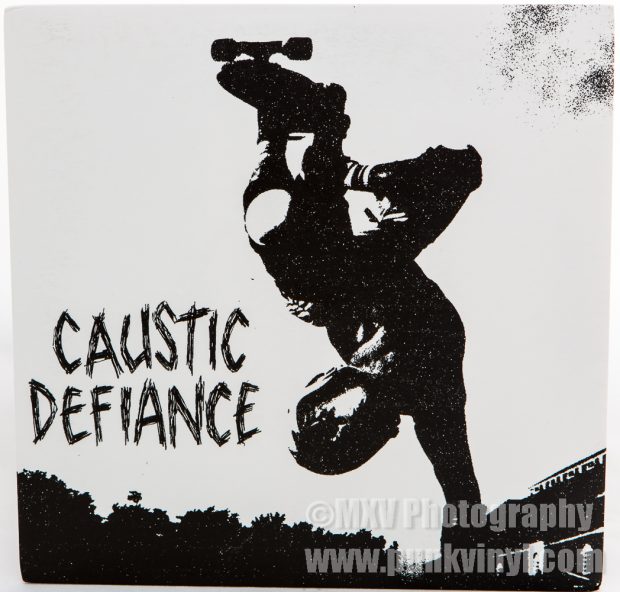 Back when I was in early high school, a friend of mine named Keith played in a local hardcore punk band called Negative Element. When he gave me a copy of the 7″ EP they had recently released on Version Sound before the band broke up it had quickly become one of my most played records at the time and it goes down as one of my favorite Chicago area punk records of all time.

Two of the Stepe brothers (Barry and Chopper) were also in Negative Element and after the band broke up they quickly formed a new band called Caustic Defiance. They were a really great hardcore band and like most of the hundreds of bands the Stepe brothers were involved in, they didn’t last nearly long enough. Unlike Negative Element however, Caustic Defiance never released a record when they were an active band, they only got so far as recording a demo tape. That little artifact is something that escaped me all these years until it was released on a split CD with Negative Element back in 2008. It was great that the tape got preserved and finally released but it seemed a real crime that the band never put out a 7″ EP, which was the format of choice back in the early hardcore days. Well now that problem has been fixed as Caustic Defiance finally have a 7″EP and it only took 32 years to come out!

This 7″ EP contains their 12 song demo. The band played speedy, urgent hardcore punk with raw guitars and angry vocals. The songs are all short, fast, and full of aggression, just how we liked it back in the day. The cover is all black and white and look very appropriate for its time and at first glance it looks like something that could have come out back when this band was active. Had this record come out when it was recorded I can guarantee that it would be an expensive and sought after collector’s item today. I’m just happy that it finally got a proper release and if you are a fan of early hardcore then this 7″ needs to be in your record collection.  The old saying goes “better late than never” and that certainly applies to this 7″. I’d grab this now while you can as with only 500 made they aren’t likely to last.