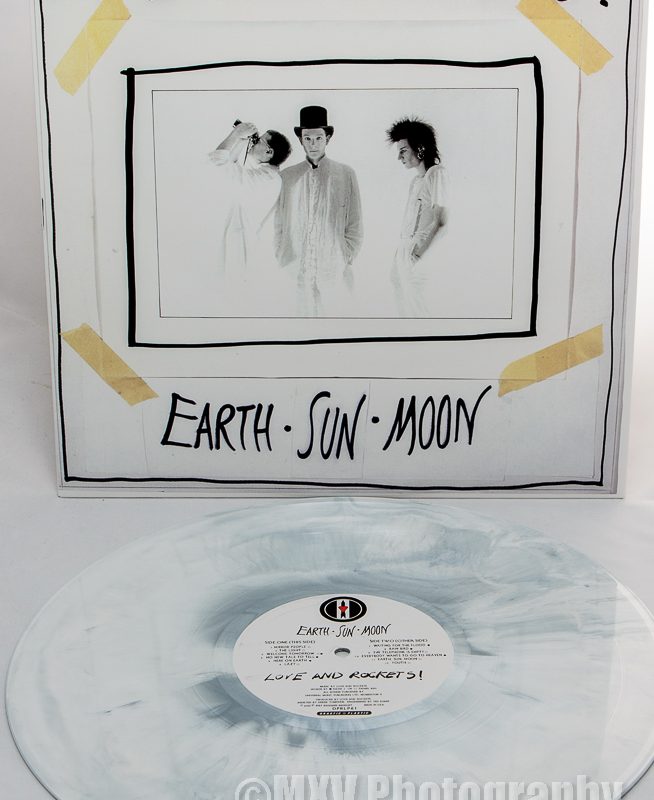 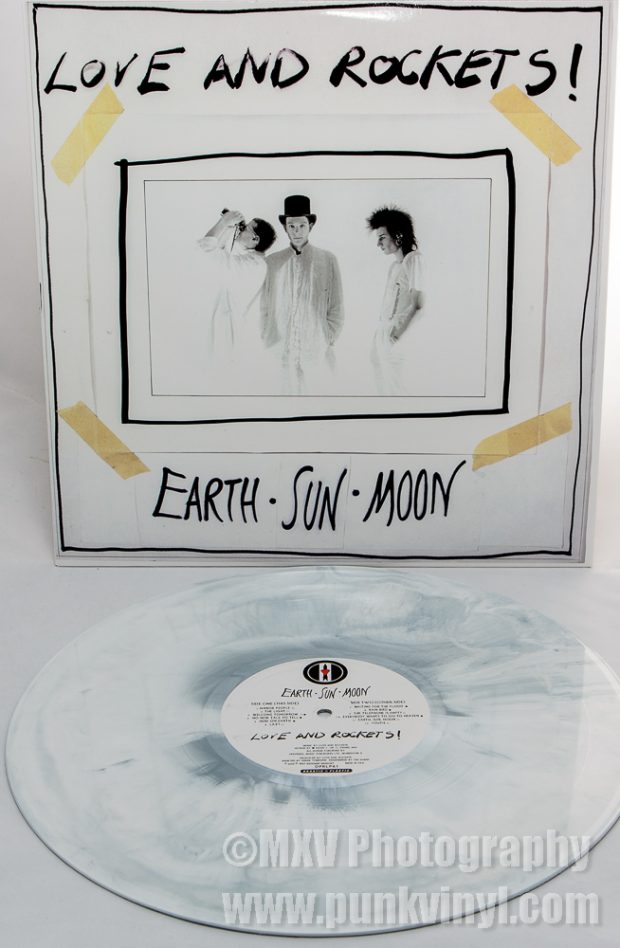 I can remember exactly when I first heard Love and Rockets for the first time actually knowing it was them. I was watching MTV and they showed a new video for their song, “No New Tale To Tell”. It started off with the members walking into a white room with paint spilled on the floor and one of them walked through the paint and left black footprints all over the white floor. Behind them on the walls were scrawled the lyrics to the song. At that time I was a pretty closed-minded punk rocker who turned his nose up at almost everything that wasn’t fast, loud, and aggressive but I found that song to be really captivating and eventually I’d end up buying that album, along with the rest of their records they had at the time (there were two other albums released before this one) and it was then that I realized I had heard a couple of their songs before either at a club during a show between bands or on our high school radio station, I just didn’t know who it was when I heard them. For those not up on the history, Love and Rockets was the band started by all the instrument playing musicians in Bauhaus. When Bauhaus broke up, Peter Murphy embarked on a solo career while the rest of the band, Kevin Haskins, Daniel Ash, and David J., formed Love and Rockets. Both camps went on to produce some incredible music and both were quite successful.

Earth, Sun, Moon is easily my favorite Love and Rockets album. Like every one of their records, the sound changed from album to album and this one is perhaps the most diverse of their prime years. The styles incorporated included goth, psychedelic, folk, and post-punk. They got a lot more experimental on this one and the results were fantastic. This one is also my favorite album to play in its entirety as there isn’t a band song on it and it plays well as a complete piece of work. Among the many standouts are “No New Tale To Tell”, “The Telephone is Empty”, and “Mirror People”. The band hit a major home run with this album and it is one of the all time great albums of the 1980’s.

The album was released in 1987 on vinyl and cassette and it wasn’t long after that there was a CD version as well. The vinyl remained in print for a few years until all the big labels started abandoning vinyl for the larger profit margins they were receiving once they started forcing CD’s down everyone’s throats. The vinyl went out of print, seemingly to stay that way forever, though forever isn’t as long as you’d think. It may have taken about 25 years but Earth, Sun, Moon has recently received a vinyl rebirth and it improves over the original in every way!

The folks at Drastic Plastic Records, who did superb quality vinyl reissues of the first two Love and Rockets albums came back and did it again with the band’s third and they spared no expense. The cover art  is faithfully reproduced sharply on a glossy standard jacket that is also thicker than the original US pressing (which also wasn’t glossy). The record itself has labels that recreate the artwork from the UK Beggar’s Banquet pressing. The record comes on either 200gm black vinyl, or the very attractive black and white 150gm marbled vinyl which compliments the cover art beautifully! The record is housed in one of those audiophile inner sleeves so it won’t scuff your record as you take it in and out of the sleeve. The record was mastered by Kevin Gray at Cohearent Audio, who did the other two Love and Rockets reissues as well and like both of those, this one sounds vastly superior to the original US pressing on Big Time Records. I compared the back to back and this reissue has a more pronounced low-end and a more even sound while the Big Time pressing was very treble/high-end heavy which came at the expense of low-end and the drum sound. I greatly prefer this new version over the original and this one will be my go-to copy every time I play this album from now on, which will be often as the album has definitely stood the test of time. Each version of this reissue is limited to 1500 copies and each is individually numbered on the back cover with a foil stamp.

Drastic Plastic is easily the best American based reissue label going today and with amazing quality reissues like these that’s a title they are likely to have for a long time. If you are a vinyl fan and enjoy this record, this is the copy you want to have in your collection. If you can’t find one at your local store, stop shopping there and simply get one directly from Drastic Plastic Records online.