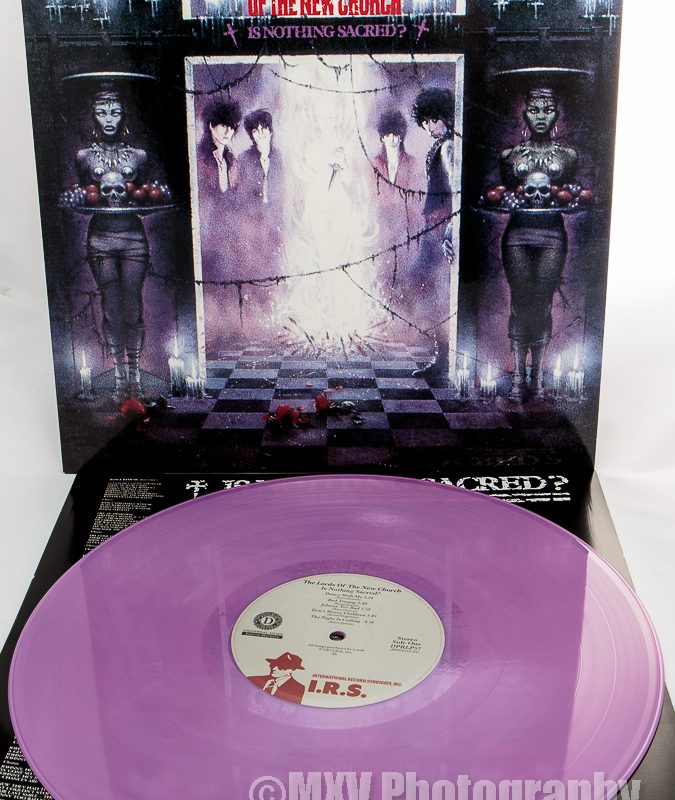 Lords Of The New Church – Is Nothing Sacred? vinyl reissue 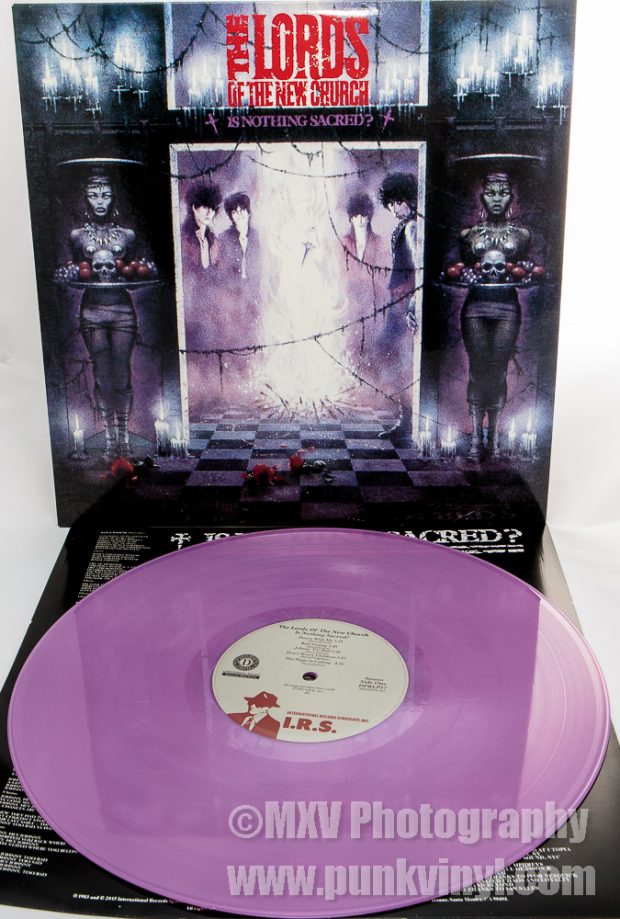 When the Lords Of The New Church hit the scene there was a pretty good buzz about them due to the band containing members of The Damned and Dead Boys and their début album was pretty fantastic. The band followed up pretty quickly on that with the second album, released just one year later in 1983.  The band didn’t just churn out another album like the first one, however, they started incorporate even more styles into their mish-mash of musical styles and it made for very interesting results. They took punk, goth, funk, pop, and rock and tossed those styles into their songs as they saw fit and the results were rather pleasing. Punk purists may prefer the first album over this one but those with more diverse tastes would find a lot to like on this second album. Sadly the band would only release one more album and a couple of EP’s before packing it in, never to reunite as Stiv Bators left this world way too soon.

Is Nothing Sacred? was originally released on LP and cassette back in 1983 on I.R.S. Records. By the time the label released this album on CD in 1987 the vinyl was out of print and never heard from again, that is until now. Drastic Plastic Records wisely decided that reissuing the first Lords Of The New Church album wasn’t enough so they went ahead and did this one as well!  But wait, there’s even more, they just did the third one too (which will be featured here in the very near future)! The label is one of the best in the business of vinyl reissues these days and this record easily met their amazingly high quality standards.

The cover reproduces the original cover art beautifully and almost identically save for updated label information. There is a printed inner sleeve that reproduces the original’s inner sleeve on both sides and includes the lyrics and photographs. The record itself is housed in an audiophile, plastic anti-static sleeve that also prevents scuffing and is something I wish every record came in. The labels on the record look just like the original I.R.S. labels with the Drastic Plastic logo added to it. The vinyl comes in two configurations: 200gm black vinyl or the visually superior 150gm opaque purple vinyl that compliments the cover art nicely. Each version is limited to 500 copies and each is individually numbered on the back cover with a foil stamp. The record was mastered by Kevin Gray at Cohearent Audio, who has been doing most of Drastic Plastic’s recent output and hitting it out of the park every time and this is no different. It sounds warm and full and if you don’t have a copy of this album there’s no need to seek out an original pressing when this one looks better and sounds every bit as good.

It’s great to see that Lords Of The New Church is getting their catalog reissued for all those who either missed out on them the first time out or weren’t born yet when these records were last available. With only 500 of each variation they aren’t likely to last very long either so I’d act fast if I was you. If you can’t find one at a local store then head over to the Drastic Plastic Records site and grab one straight from the source. Excellent work as always guys!