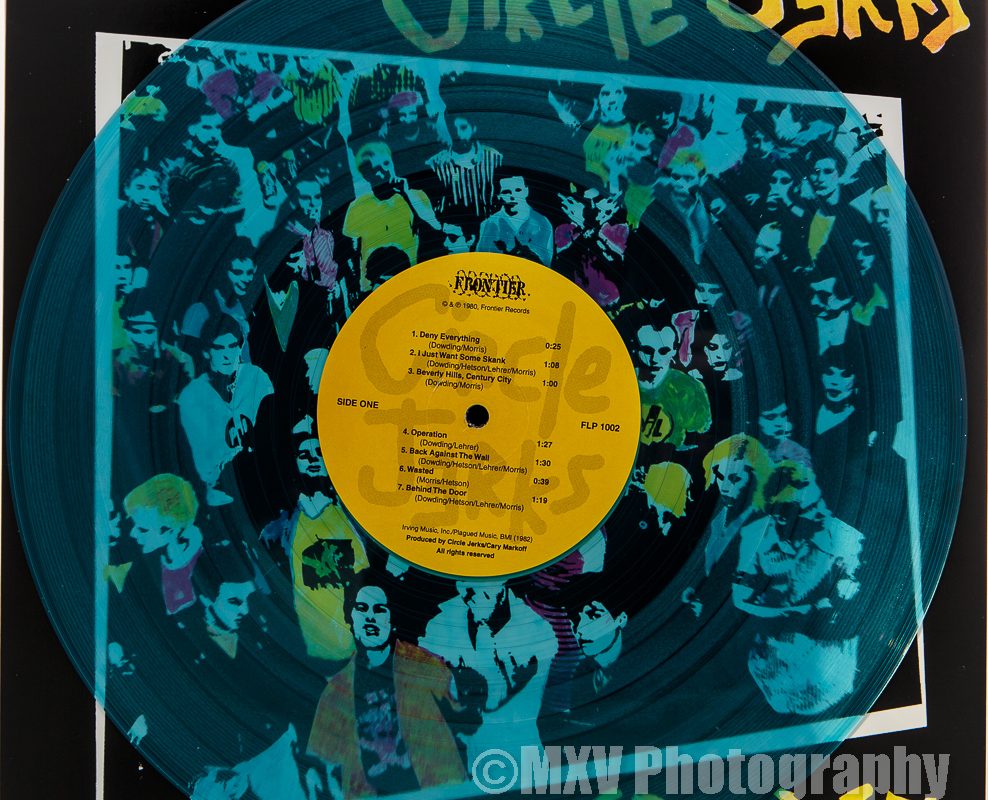 Just like the seasons change, so does the colors of the vinyl over at Frontier Records when it comes to their big selling classics. Winter reared its ugly head recently and with the crappy temps and god awful snow came some fresh colored vinyl classics from one of the best independent labels in United States history and boy do they look sharp.

I wasn’t even aware there was a coke bottle blue color of vinyl until receiving these in the mail. I’ve seen coke bottle clear records plenty of times, in fact at least one of these records was pressed on that color in the past and I’ve even used coke bottle clear on one of the releases on my label (it was the reissue of The Cheifs single if you are keeping score at home). Here I thought I’ve seen nearly ever color of vinyl that existed and the label pulls this new one out of thin air! And this isn’t just a fancy name for regular translucent blue vinyl, oh no, this legitimately looks quite different from that.

The records I’m referring to is the first Circle Jerks album, Group Sex, which also just happens to be the best thing the ever did and one of the best hardcore punk albums ever made, the first Adolescents album, often referred to as the “blue album” (which makes this vinyl color choice very appropriate), and the first Christian Death album, Only Theater of Pain, it its remastered form (and the only record released by the original and best lineup). Each one of these albums would make a top 25 best punk album list of all time by anyone who is old enough to know what real punk rock is (or was). There is a reason these albums still sell well over three decades after they were released and that’s because they are some of the best records ever made in their particular genre and all were groundbreaking at the time.

Each of these records comes with an insert (which was absent for decades starting with the second pressing back in the early 1980’s until the label started issuing these on colored vinyl) and each one sounds as good now on this fancy blue color as it ever has. If you have never heard these records before you really should be ashamed of yourself and not be seen in public again until you fix that and if you can’t do that by travelling to a local record store you can stay home with your shame and buy one from the Frontier Records website and have them right the wrong you’ve imposed on yourself all these years. For those of you who like to collect the colored vinyl variations I wouldn’t wait too long as these are unlikely to last until the spring.