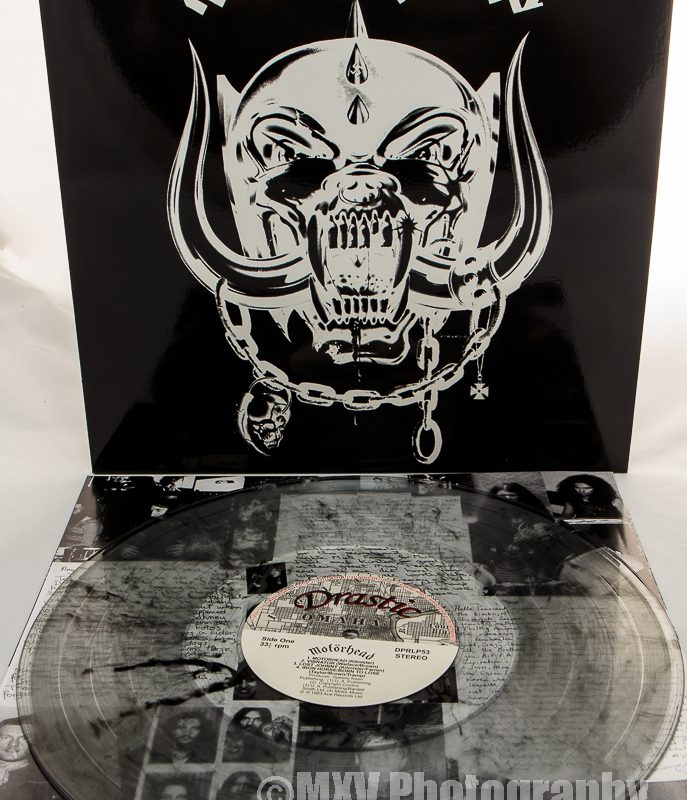 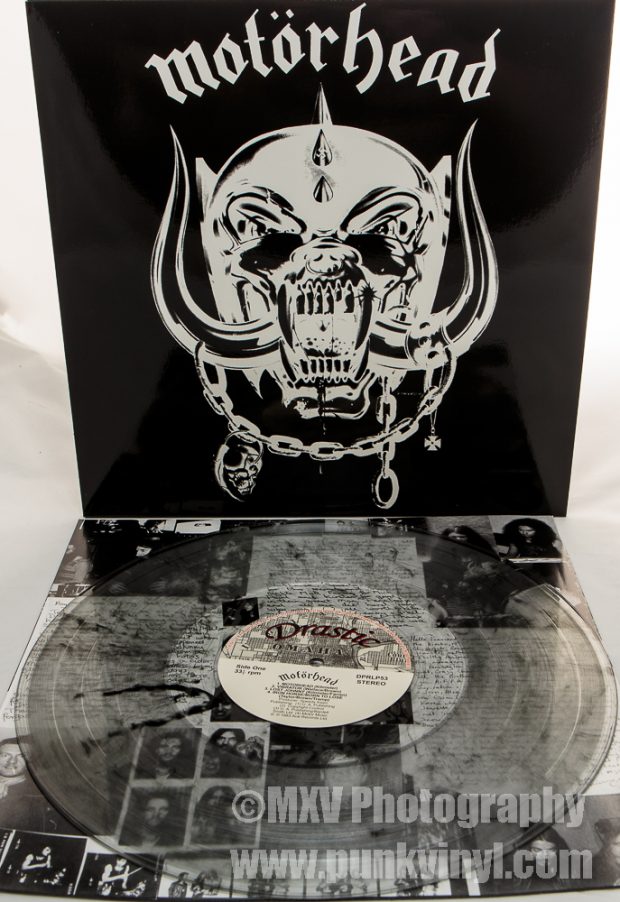 While the world lost one of the all-time greats in Lemmy recently, the music Motorhead made is timeless and will last forever, as long as someone keeps the music in print in some format. Shortly before we lost Lemmy, the first Motorhead album was brought back to life once again on vinyl by the fine folks at Drastic Plastic Records. They had reissued this album once before on vinyl back in 2013 but that has long been sold out and as this music was meant to be heard on vinyl, it was time that they brought it back once again since the vinyl format is even more popular now than it was a couple of years ago when they last made these.

To say that Motorhead was hugely influential on both punk rock and heavy metal would be the understatement of the year. These guys bridged the gap between punk, rock, and metal, and did it with their middle fingers in the air and a drink in their hand and had an amazingly long run of good records and great live shows right up until shortly before Lemmy’s passing. Few people lived and embraced the rock and roll lifestyle more than Lemmy and the band’s following continued to grow as newer generations of people were exposed to their great music. The first few Motorhead albums should be issued with every home and what better place to start than the first one?

This time out, Drastic Plastic gives us a new color of vinyl as well a 200gm black vinyl option. Black vinyl is boring and while it looks nice and is super heavyweight, the colored vinyl is simply a lot more fun and this time they chose an even better color option than the last time, clear vinyl with black smoke. It compliments the cover art nicely, not to mention it just seems to compliment the musical style and attitude of the band as well. Clear with black smoke is actually a personal favorite vinyl color of mine, I think it always looks cool.

Whichever option you choose, each one is limited to 15oo copies and each one is individually numbered on the back cover with a foil stamp. The record comes inside one of those Japanese style anti-static protective sleeves. The album cover is a glossy, black and white print that reproduces the original cover art beautifully with only minor difference in label information on the back cover (as well as a barcode). There is a printed inner sleeve too which recreates the artwork and photos from the original one. These were pressed from the same plates as Drastic Plastic’s last run of these and I preferred the sound on these reissues over the original pressing on Chiswick. The music, of course, is still awesome.

These should be available at any good record store that stocks vinyl but if it isn’t, you can get them directly from the Drastic Plastic website where they will pack them so well that they could be dropped off of a skyscraper and not sustain any damage. Wherever you end up getting it, don’t waste much time as these will easily sell out too like the last time the label issued these.