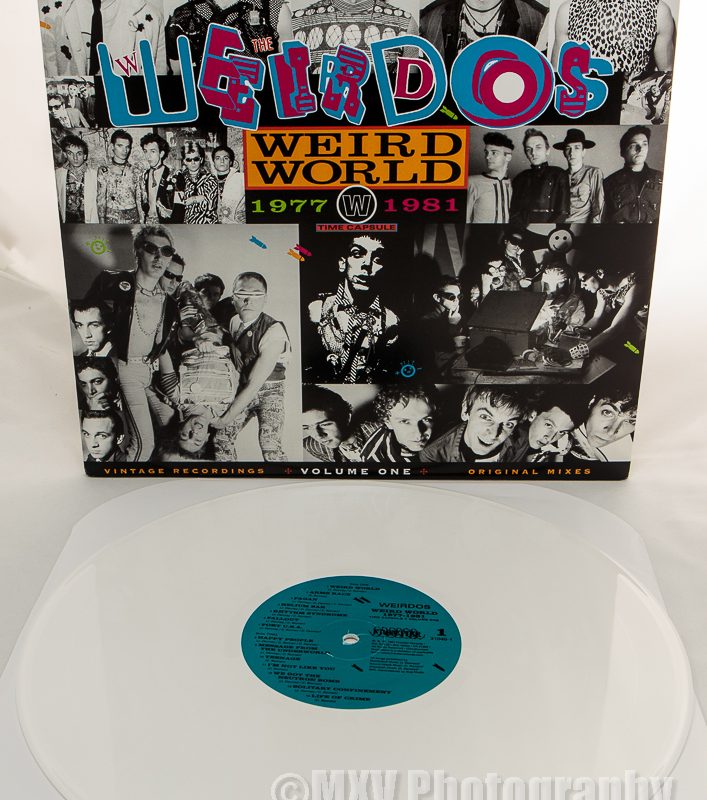 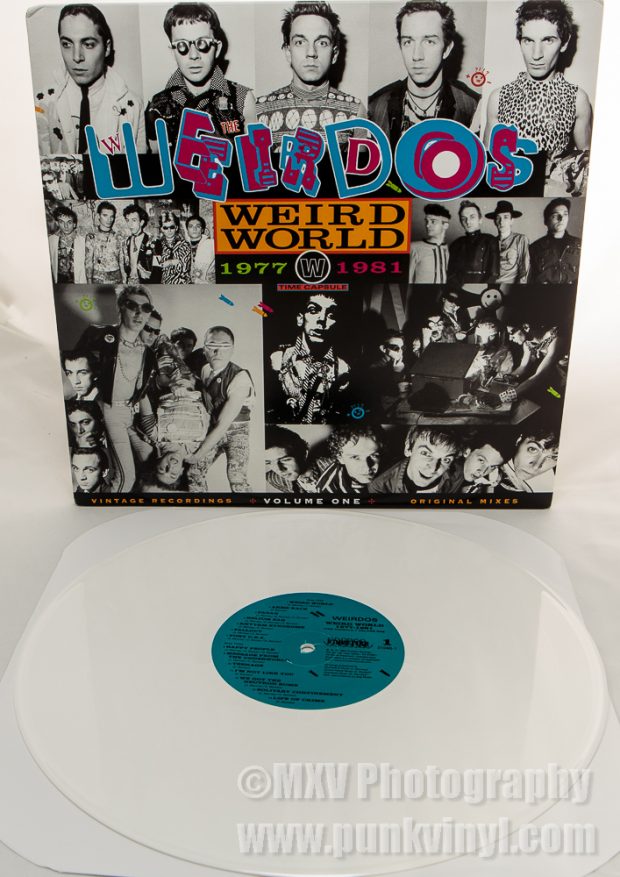 As the temperatures continue to drop here in the Midwest and the threat of snow is always looming, one snow related thing I never mind is getting some snow colored (white, before the dogs and pollution soil it) vinyl in the mail, especially when it is a pair of releases from one of the pioneers of California punk rock, and of American punk rock in general!

The Weirdos were one of the first punk rock bands from the greater Los Angeles area back in the mid 1970’s and one of the best from that area. These guys helped open the doors of punk rock in America, especially on the west coast and they left behind some legendary records. Their music was hard-edged but still had amazing hooks to go along with the amazingly powerful guitars and mid to fast tempo songs. Songs like  “We Got The Neutron Bomb” “Solitary Confinement”, and “Destroy All Music” are among the greatest punk rock songs ever recorded and songs like “Helium Bar” are among the most catchy. These guys had such a great look too aside from the great music and the only flaw you could find in this band was that they didn’t release even more records while still an active band. 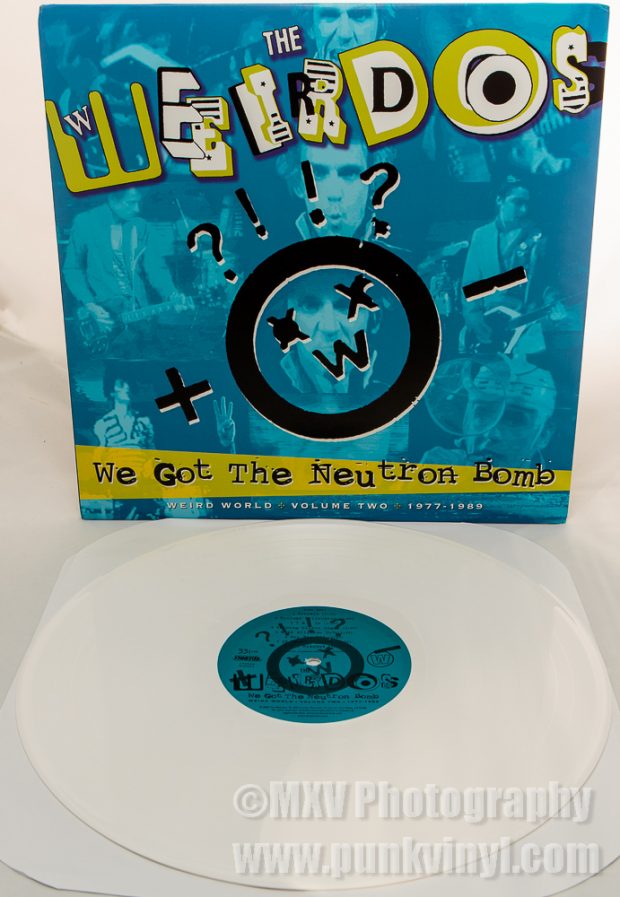 The band’s music was largely unavailable for the better part of the 1980’s until Frontier released Weird World Volume One at the start of the 1990’s. I remember what a huge deal that was to me back then, for while I owned all the band’s records at that point, it not only added unreleased tracks but it made that music available to anyone who wanted it, they didn’t have to hunt it down in a pre-internet age like I did. I was just as excited years later when Frontier released We Got The Neutron Bomb, Weird World Volume Two because it also had some unreleased tracks and it meant even more Weirdos music was available for the world to enjoy.

Frontier Records has always been a huge supporter of the vinyl format. Even during the dark days when vinyl wasn’t in demand the label still would regularly have it available for their more popular titles and these two Weirdos collections were among them. Unlike some more popular releases on the label like Circle Jerks and Suicidal Tendencies, The Weirdos records have only been pressed on a few different colors of vinyl over the years and it has been a little while since either was last updated with a new color so winter seemed like the appropriate time to go white with the vinyl this time around. Both records are limited editions and available while supplies last either by visiting a good record store who stocks punk vinyl (and shouldn’t they all?!) or by visiting the Frontier Records website.