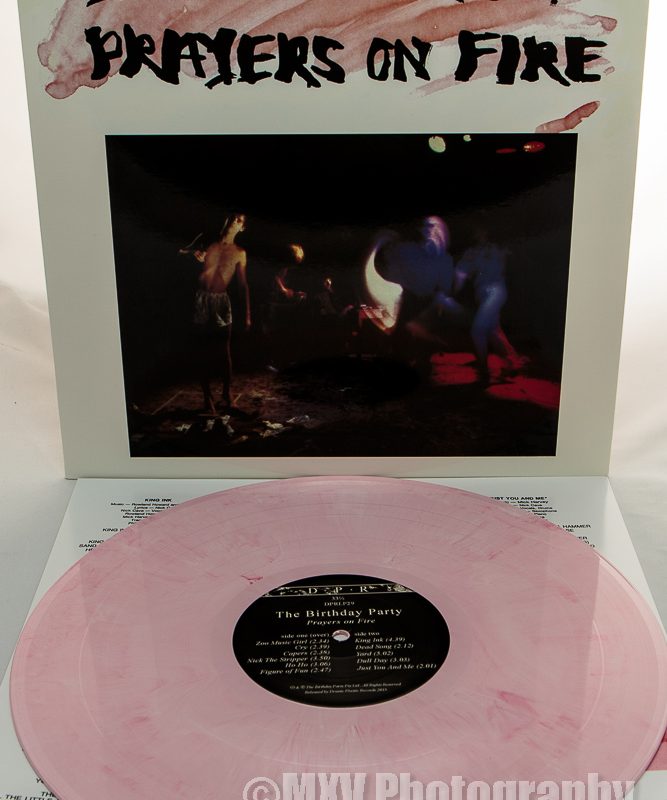 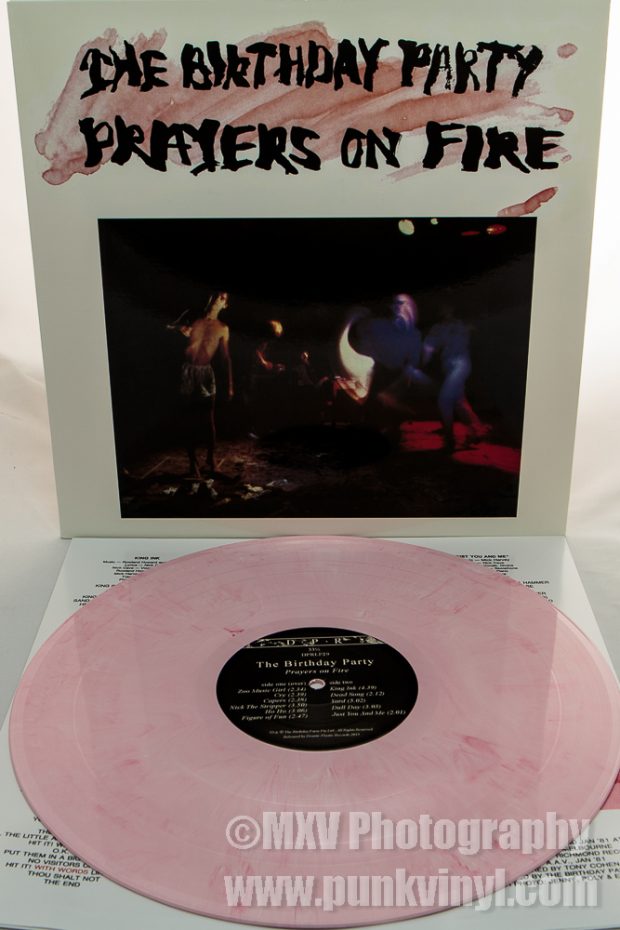 Before Nick Cave had his Bad Seeds and became an alternative rock sensation (something well-deserved I might add), he was in a band called The Birthday Party. The band actually was first known as the Boys Next Door before changing their name to The Birthday Party and they hailed from Australia. The band, one of the early post-punk groups, were hugely influential despite their mere five-year lifespan.

The band’s music had a huge influence on what would become the goth and dark wave scenes and you can hear bits of their sound in many of the bands in those genres. The Birthday Party’s songs were dark, brooding, moody, sometimes unsettling, often times noisy, and incorporated a wide range of styles including jazz, blues, rock, and punk. There was really nothing like this at the time, they were true pioneers.

Their début album, Prayers On Fire, was originally released in 1981 on vinyl only and there even was an American pressing for a very limited time back then but it went out of print and for a while you could only get it as an import, then you couldn’t get it at all. It was released on CD in 1988 but only overseas and there wouldn’t be a domestic version on CD available until 1997. The vinyl format for this album in any country ceased to exist after a limited reissue in Australia in 1990 and it wasn’t until 2011 that this album was made available again on vinyl in any country and it just so happened to be here in the United States. That limited edition sold out so fast that the entire pressing was spoken for in pre-orders and it was gone again, until now.

Drastic Plastic Records, the label who reissued this on vinyl in 2011 and is the premier vinyl reissue label here in the USA, finally brought this post-punk masterpiece back to the people with this beautiful vinyl reissue. The label has amazingly high standards in both packaging and sound and this one is no exception. The glossy, full-color sleeve faithfully reproduces the original album artwork with only minor differences in label information on the back cover. Inside you will find a printed inner sleeve with lyrics on both sides but the record itself isn’t inside of it, instead that is found in one of those audiophile, anti-static poly sleeves. The labels are made to look like the originals too, with only minor differences. The record was mastered by Kevin Gray at Cohearent Audio who has hit a home run with every record he has cut for the label. It sounds amazing and will easily be your preferred format and edition for regular playing.

This reissue comes in two configurations: 200gm super-heavyweight black vinyl, or the far more attractive 150gm red/white swirled vinyl, which comes out more like a pink and white swirled vinyl that compliments the color splash on the front cover beautifully. Whichever edition you prefer, each is individually numbered on the back cover with a foil stamp and each edition is limited to 1500. Since I missed out on the previous edition and never owned the original vinyl edition of this album I’m really glad that Drastic Plastic gave us all a second chance with this release. If you are a fan of post-punk, goth, dark wave, etc, then this album is a must-own, just don’t wait too long or they may sell out again. If you can’t find one at your local store, hit up the Drastic Plastic website and get one sent right to your door! Nice work as always guys, and thank you for bringing this one back!