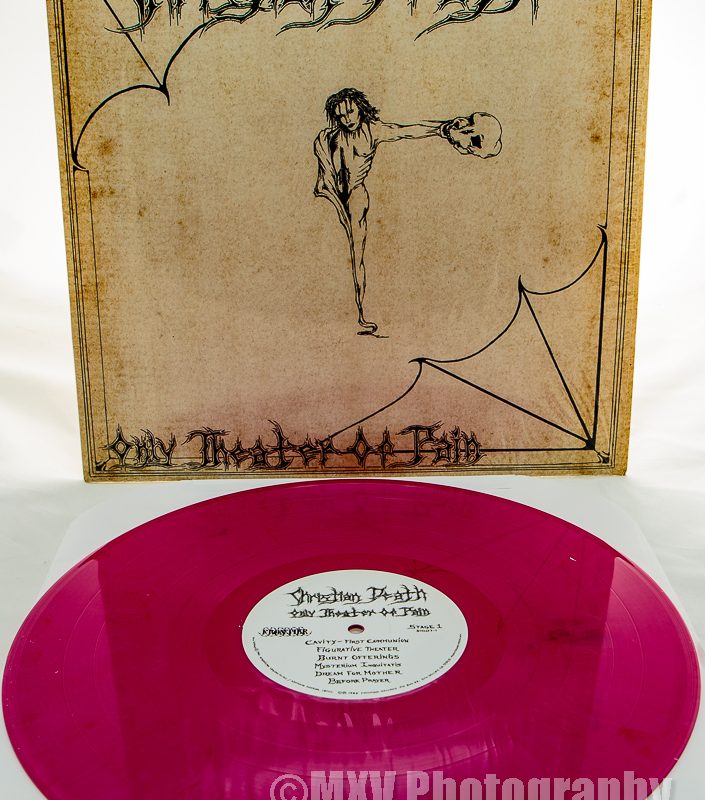 I’m not even sure if I’ve ever eaten rhubarb before. I certainly couldn’t pick it out of a lineup that’s for damn sure. What I can tell you that if it tastes as good as these slabs of rhubarb colored vinyl I received in the mailbox look then I just may give it a try someday. While these three records may look like a rhubarb, their taste doesn’t resemble it so don’t bother licking them.

A few times a year, Frontier Records spices up some of their best-selling classic punk records by offering them on a new color of vinyl when they have to press up another batch. The biggest ones have come on nearly every color of the rainbow and lately have been coming on color schemes that look and are named after food. Recently the latest colored side dishes were released. 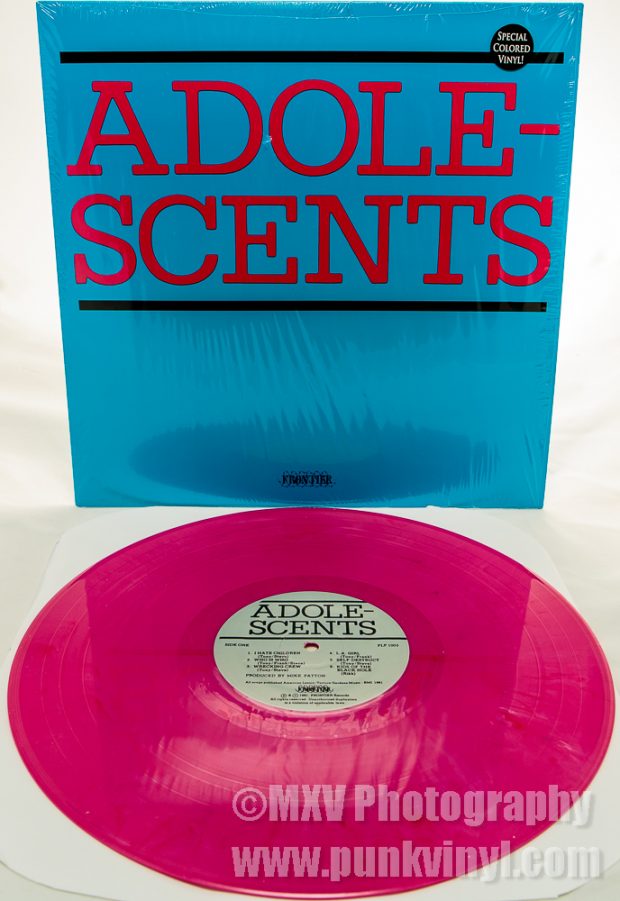 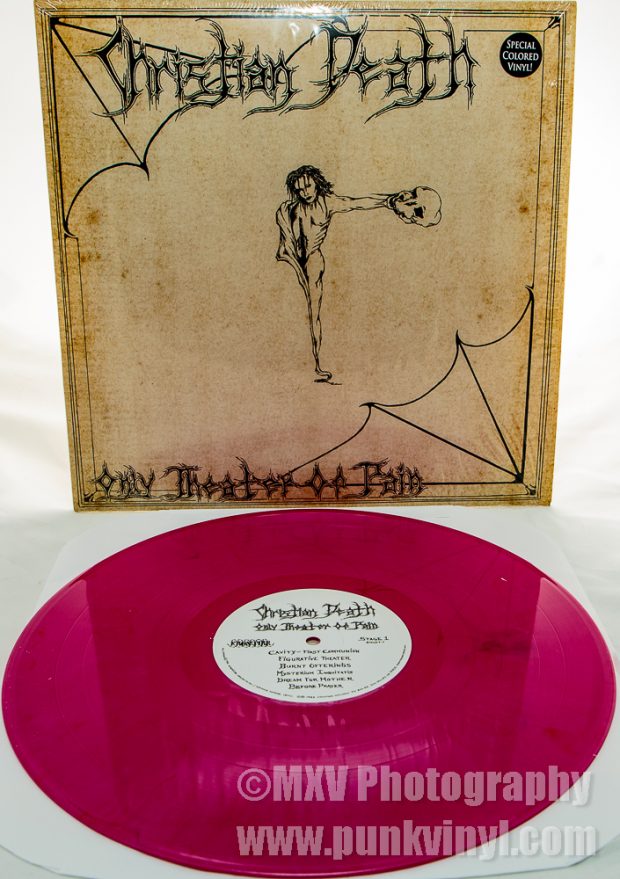 The Adolescents “blue album”, which is their first and best album, alongside the only Suicidal Tendencies record worth a damn (and it is worth quite a damn as it is awesome!) and the goth masterpiece début from Christian Death are now available on limited edition “rhubarb vinyl”. Rhubarb vinyl is like an opaque magenta with slight marbling. It looks really sharp and I can’t recall seeing very many, if any, records on this color before.

Each record comes in its original packaging with the exception of the Christian Death which, since its remastering, was spruced up with new artwork by late front man, Rozz Williams. Each LP comes with a lyric sheet too so you can sing along while listening to them. The music on these albums remains the same it always has, which is timeless, genre defining punk rock that not only stands the test of time but easily rivals any new music being produced today.

These tasty vinyl gems are only around while supplies last, and supplies are not great so don’t waste any time if you are trying to collect them all. If you can’t find one locally, just have the fine ladies at Frontier Records ship one right to your front door by visiting the Frontier Records website. If you do, tell them that MXV sent you!