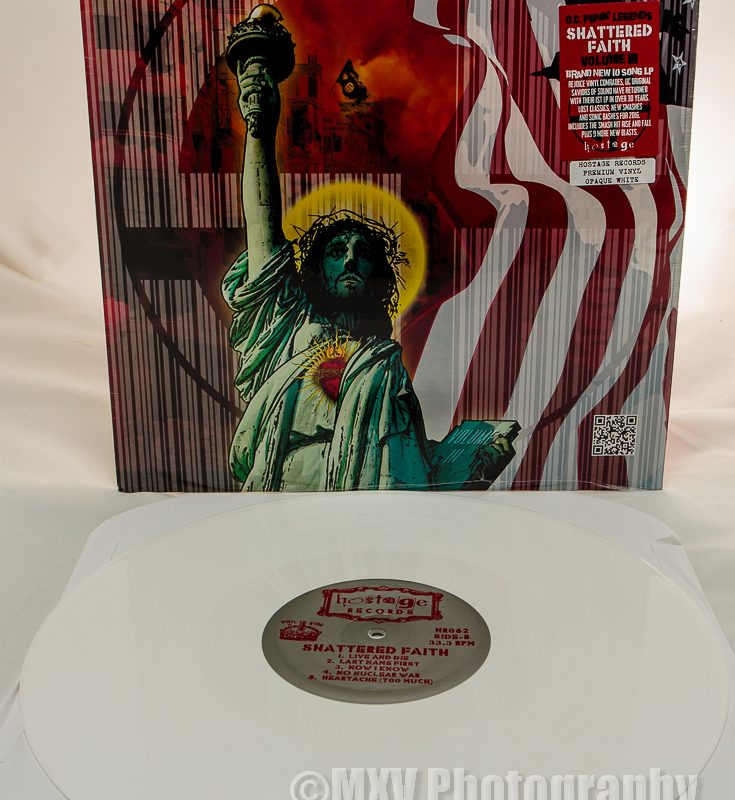 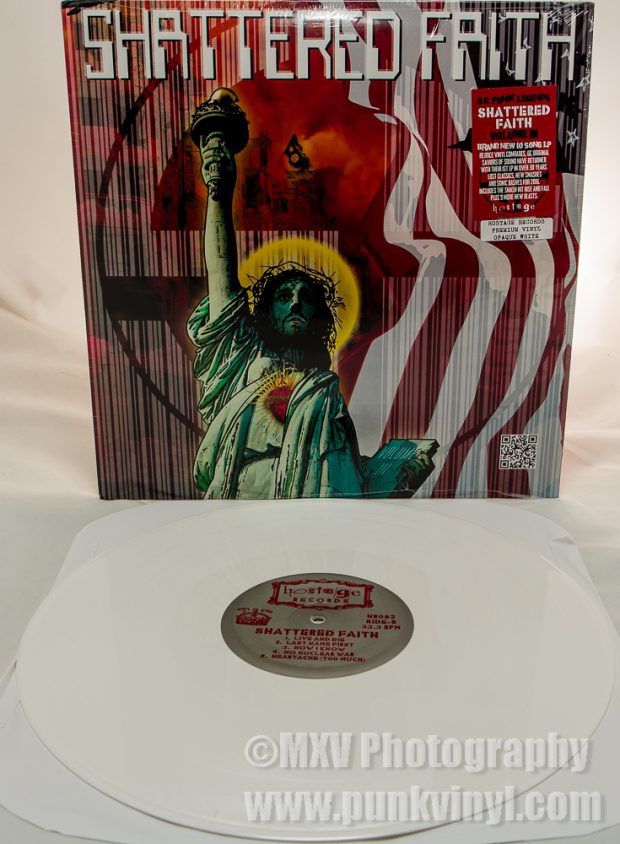 It’s no secret that the Shattered Faith single is one of my favorite releases on the Posh Boy label. That and their songs on The Future Looks Bright were real standouts on a label that put out a lot of records I now look upon as classics. After parting ways with the label, the band released two LP’s on two different labels before splitting up for decades. Shattered Faith were great, but they never achieved the recognition of many of their peers, nor the amount they deserved. Perhaps it was their post-Posh Boy releases being on smaller labels, or maybe it was that they were swimming in such a huge pond at the time, but whatever the reason, Shattered Faith simply were overlooked by the masses.

Thirty years is a long time and it has been that long since Shattered Faith released an album. Hell they weren’t even still playing together until very recently. A California-based label who has been releasing some great punk rock gems in recent years, Hostage Records, took on the herculean task of getting the band back together and having them record a new album. What we have here is the appropriately titled, Volume III and it contains all new recordings of unreleased songs, previously released songs, and even some new material. What’s pretty amazing about it all is the consistency of how the new and old songs sound like they all could have been written at the same time.

The album took shape when they somehow tracked down a practice tape containing material they never released. The band got together to relearn the songs as well as some songs that were either not released or released only on compilations and they wanted to do a new version of. Listening to this album now you’d think the band never went away and had been playing all this time. They sound as good now as they ever have and the music sounds as good as ever without sounding dated, even when the lyrics and subject matter of a few of the songs are definitely a product of the times they were written in. The band still packs a punch, they still have that energy and I’ll agree fully with the liner notes that having a new Shattered Faith LP is a reason to rejoice! It’s a great day indeed.

The album comes on a nice, thick, colored vinyl slab (the one I received was white) and comes in a full-color sleeve. Along with the record is a four page insert that has a photo, the song lyrics, and liner notes including notes on the origin of each of the songs which was a really nice touch. The fact that one of this year’s best albums came from an old punk band who hasn’t recorded an album in three decades is a testament to the strength of Shattered Faith and if you like anything they did in the past, or are just a fan of old punk rock bands then this LP is definitely one for you and will earn repeated listens for years to come, just like their old records did!