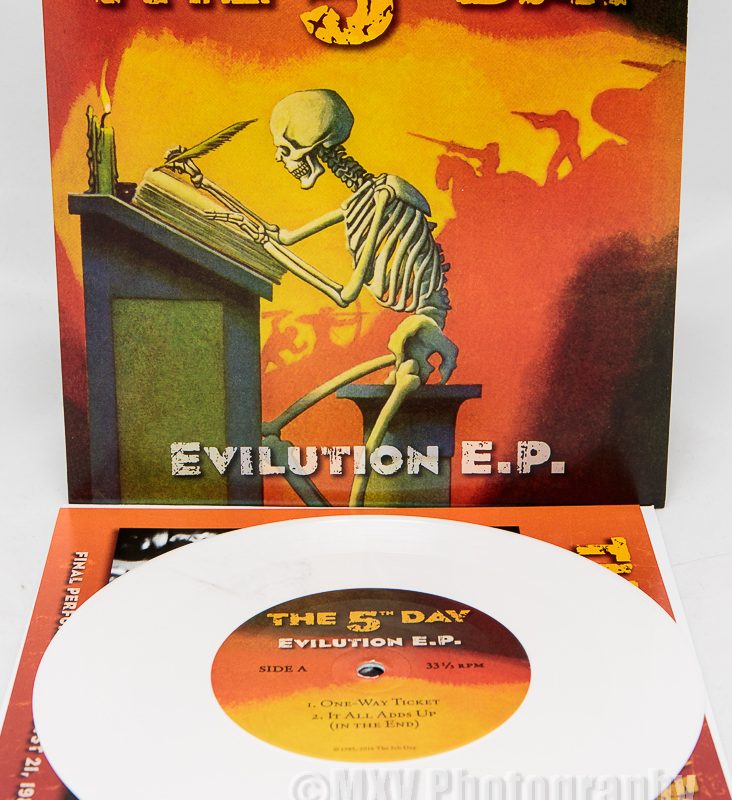 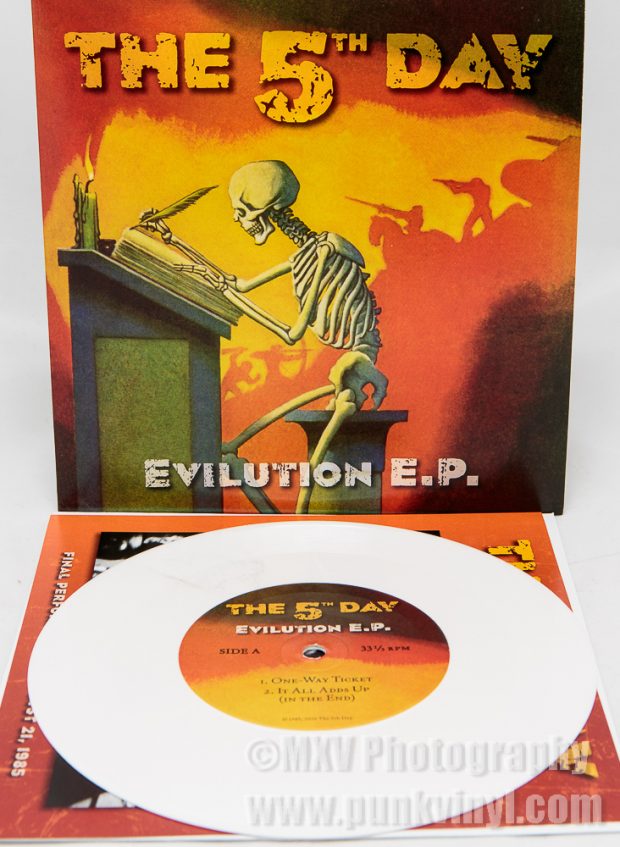 Every punk scene had at least a couple of really good local bands that for one reason or another never managed to get a record out while they were still together. You’d see these great local acts opening up for the bigger touring bands and you’d love them but maybe at best you were able to get a demo tape from them and sit and wonder, “why don’t they put out a proper record?”. I can think of at least a couple of them here in the Chicago area and it was like that everywhere, including the Washington DC area which had no shortage of great bands. There must have been something in the water there that led to the formation of so many great bands there over the years, and those are just the ones that you’ve heard of that released records. They had ones that didn’t too and one of them was The 5th Day.

The 5th Day was only around for a short period of time, perhaps two years, and they often opened shows for the bigger acts there like United Mutation and Mission Impossible. They were a hardcore band at a time that hardcore in the United States was flourishing and it seemed like every year more kids were getting turned onto punk and hardcore, largely aided by the rise in popularity of skateboarding. The 5th Day didn’t tour but they did manage to get into Black Pond Studios in 1985 and record an EP, there was just one problem – they never released it! It sat on a shelf for 30 years! This little artifact ran the risk of being lost forever until the band decided to finally mix it (with the original engineer who they worked with 30 years prior!) and release it on the genre-appropriate 7″ vinyl format.

The 5th Day’s music sounds a lot like what you’d expect a hardcore band to sound like in 1985. The songs are mostly fast and hard-edged but they do mix it up a bit on the five songs on this EP (“Pretty Package” is more of a mid-tempo number). At times there is a slight metal tinge to some of the guitar leads but it is far from entering the “crossover” territory that started to take over around that time. Listening to this EP is like taking a wonderful trip back through time to an era where music was exciting and we were young and full of vigor. This is a really solid EP and had this record been released in 1985, people would likely be paying a king’s ransom for copies of it now. While it is unfortunate that they didn’t release this and get whatever recognition they deserved at the time, it is really great that they made up for lost time and released it now and hopefully the world will catch on and give them a little love.

They did a really nice job on the packaging too. The record is inside a full color pocket sleeve and comes with a two-sided color insert/lyric sheet too. The record itself is on smoky white vinyl. This record is limited to 500 copies. You can also get a digital download only of the EP if you aren’t into physical media anymore.

If you are a fan of old hardcore, grew up during this era, or were from the DC scene and remember seeing this band, you’ll find a lot to like in this EP and would do wise to snap one up while you can.