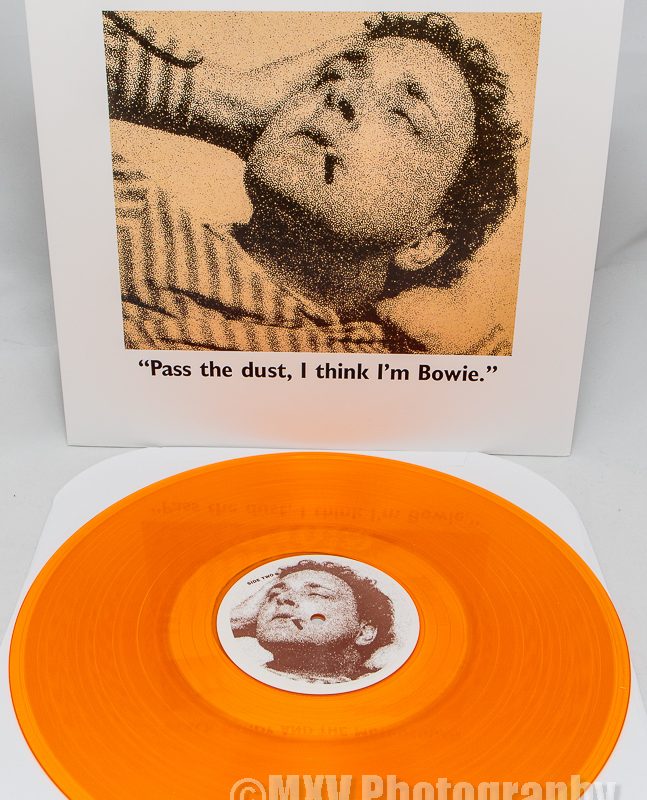 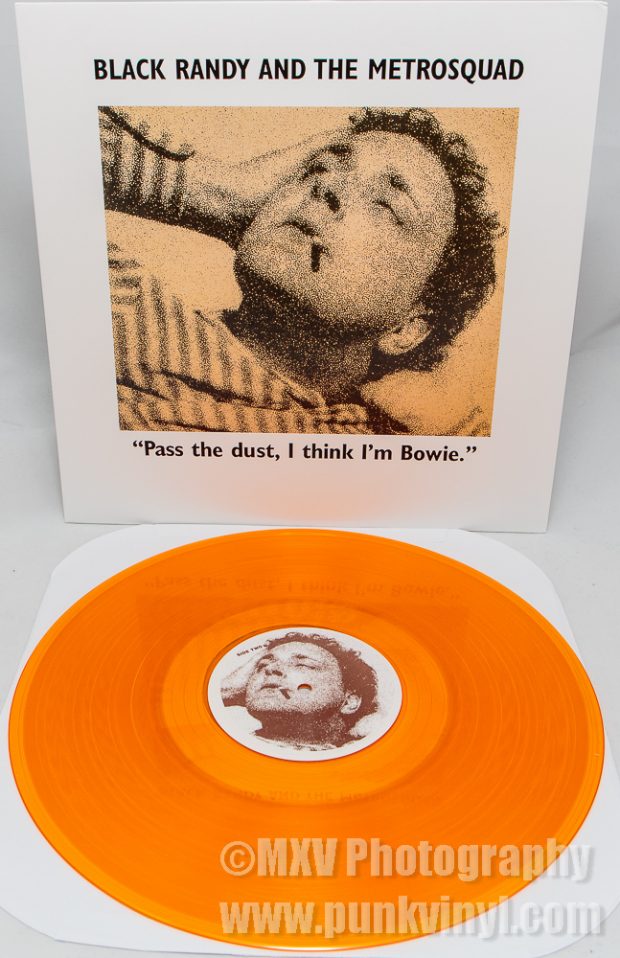 The greatest label in the history of punk rock was Dangerhouse Records. When you look back at the artists who released records on the short-lived label it is a who’s who of first wave west coast punk rock, all of which became hugely influential on American punk rock for all the years that followed. One of the most charismatic characters to emerge from that scene was Black Randy. Someone should really write a biography about that guy, it would make for a fascinating read!

Dangerhouse put out only one full-length LP and that was the one and only Black Randy and the Metrosquad LP, Pass the Dust, I Think I’m Bowie. The record was pressed once back in 1979 and then aside from  a CD issue briefly in the 1990’s, it remained out of print for over three decades until Frontier Records reissued it on vinyl a couple of years ago.

The label has just pressed up a new batch of this beautifully done reissue and this time it is on translucent yellow vinyl. The LP faithfully reproduces all of the original artwork on both the sleeve and the lyric sheet and the record sounds just as good, if not better than the original Dangerhouse edition. The album still stands as one of the most unusual sounding punk rock albums of all time and just like the rest of the Dangerhouse catalog, it is mandatory owning for any self-respecting punk rock fan.

The album is available while the limited supplies last and most good record stores should stock it but if they don’t, stop shopping there and visit the Frontier Records website and have them send one right to your door. It is well worth the purchase price!