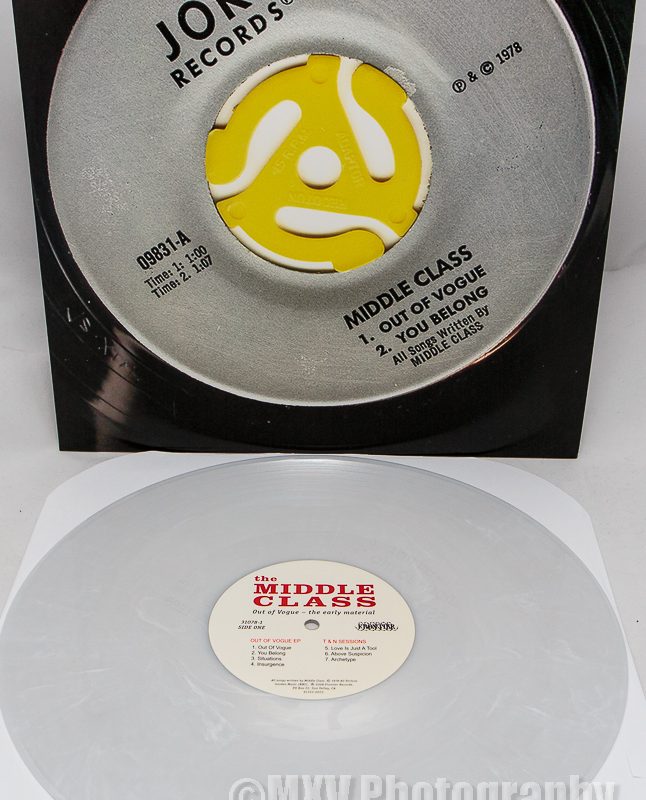 The Middle Class – Out Of Vogue – The Early Material ectoplasm vinyl 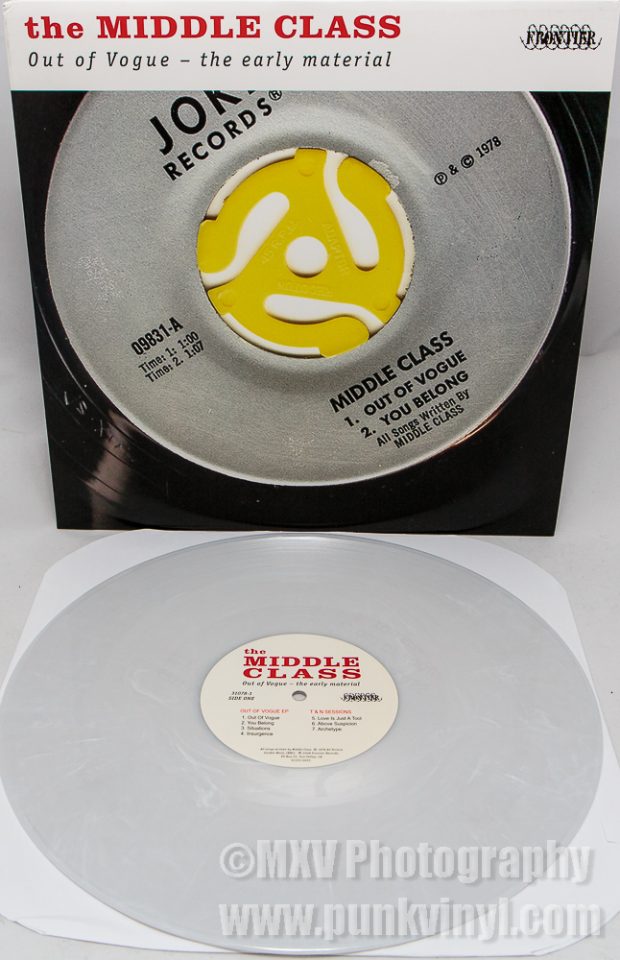 The Middle Class was a short-lived, first wave punk band from Southern California. In their short time together they released a couple of great singles, appeared on a compilation LP, and then later released a not quite as great album before disbanding. Their début EP, Out of Vogue, that was released in 1978 is often credited as being the first American hardcore record and the speed of the songs on it certainly was a blueprint for the style of punk rock that soon followed. The Middle Class never got the recognition they deserved because by the time the bands that became punk/hardcore staples followed and caught on, The Middle Class’ records were already long out of print and very hard to come by used. As the years passed those records only became harder to find and more valuable. It wasn’t until Frontier Records collected all the best material onto an LP were you able to even hear The Middle Class’ music without shelling out big bucks for the original records, or getting someone you knew with them to record it for you.

The Middle Class LP, Out of Vogue – The Early Material, was recently issued on “ectoplasm vinyl” which is a cloudy whiteish/clear vinyl. It looks really cool and this same color was done for a couple of other punk classics on Frontier Records about a year or so ago. This album is a must for every punk fan and not having this stuff in your musical library is a crime against punk rock. These guys were musical pioneers and pretty unique in that three of the four members of the band were brothers. On top of the cool colored vinyl album, inside it also contains an insert with some liner notes and cool photos.

This colored vinyl gem is only available while supplies last and won’t be issued on this color ever again. If you can’t find one at your local record store then have the wonderful ladies at Frontier Records send one right to your house.