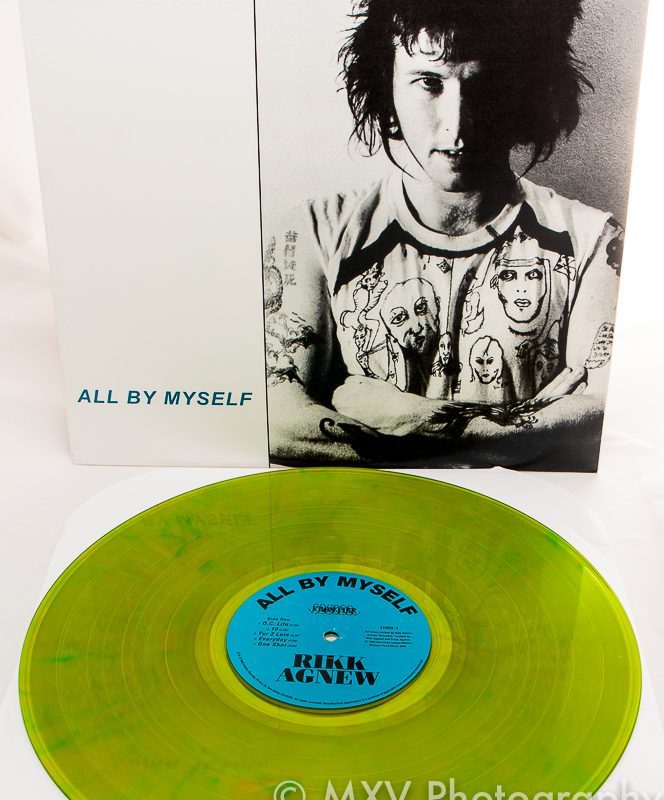 Rikk Agnew – All By Myself LP snot rocket colored vinyl 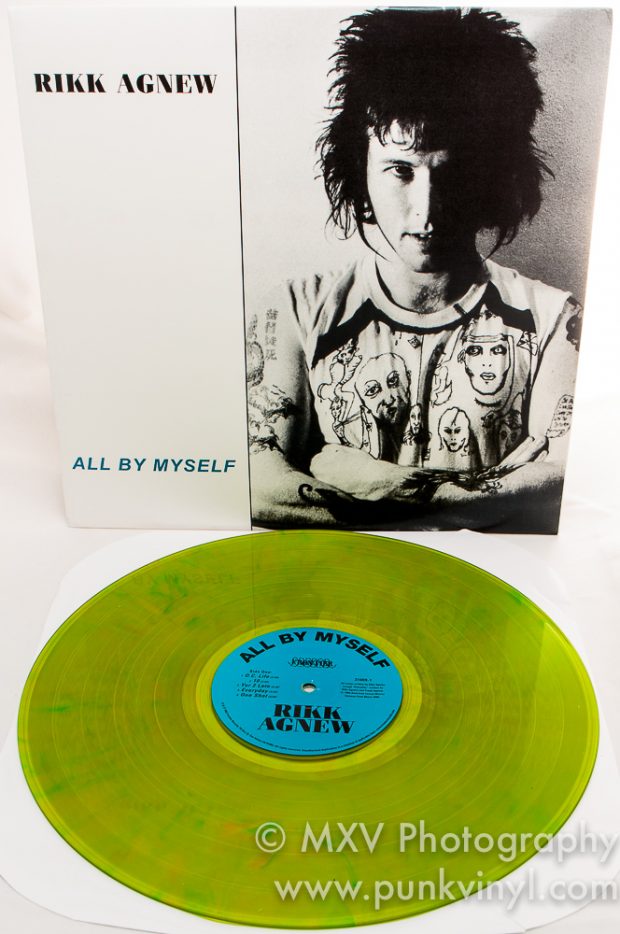 What is more punk rock than doing it yourself? Punk rock was practically formed around doing it yourself and Rikk Agnew took that ball and ran with it back in 1982 when he released an LP that he wrote and played all the instruments on himself. He was literally a one man band for this album.

Rikk Agnew was one of the masterminds behind the OC punk sound that put SoCal punk rock on the map back in the early 1980’s. Rikk did time and helped for such legendary bands as Social Distortion, The Adolescents, D.I. and Christian Death. Rikk’s songwriting became a template for both punk rock and death rock and the albums he was a part of have transcended multiple generations of punk rock music fans and continue to influence people to this day. While every punk rocker worth his salt has the early Adolescents and D.I. records, they may not have All By Myself but they should, because it is every bit as good as the stuff Rikk did with the bands he played in back then.

Out now for a very limited time is the Rikk Agnew solo album on “snot rocket” colored vinyl. It’s a translucent yellow/green mix that looks exactly like its description. Again what is more punk rock than snot rockets? This edition is limited to only 300 copies so it won’t last very long at all. The record also comes with a two-sided lyric sheet. The music on it is as great in 2017 as it was in 1982.

If you can’t find one of these locally, simply hit up the fine folks at Frontier Records, the label responsible for this masterpiece. They will ship one right to your front door for an extremely fair price! Don’t sit on this too long though or the snot will dry up and these will be long gone!