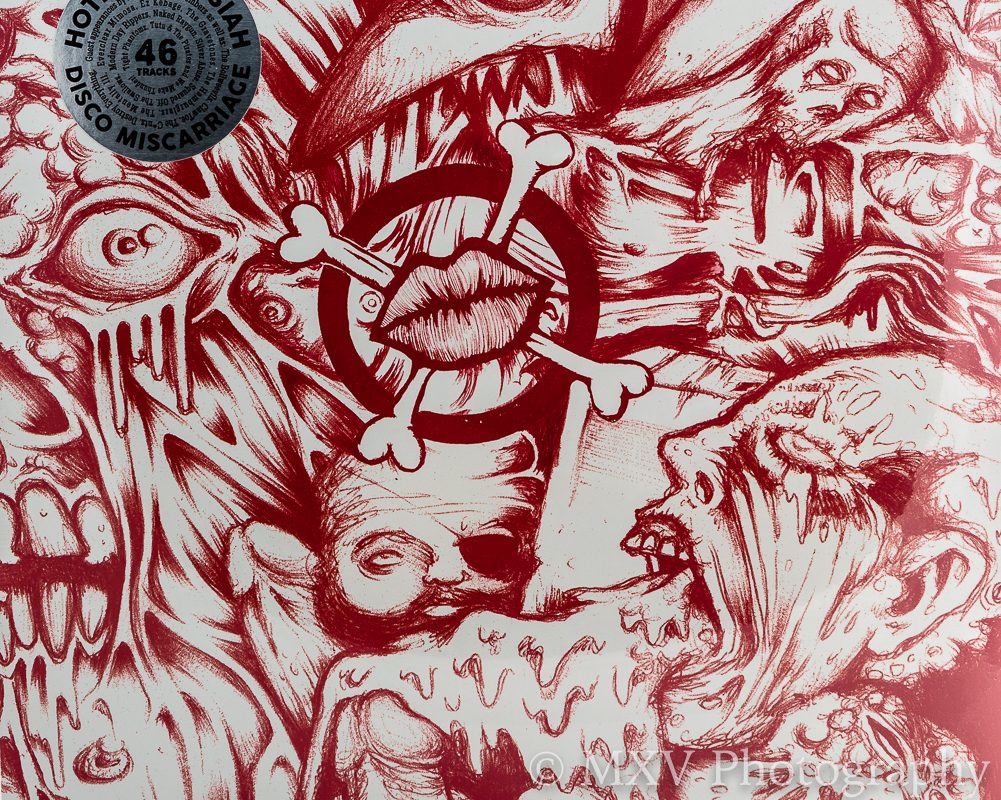 Hotlips Messiah is one of the best and most underrated Chicago punk bands of the last 15 years. They’ve been around a long time and have played a ton of shows in the Chicago area but somehow they aren’t the household punk rock name they deserve to be. This talented and fun group don’t sound like any other punk rock band ever to come out of this area. The band almost sounds like they could be a transplant from the first wave of Los Angeles punk rock. They are a five piece band that besides the standard guitar, bass and drums, also features a keyboard player and a really striking female lead vocalist. The band oozes personality, each member adds a unique element to the group and their keyboard driven style of music owes a nod to The Screamers (especially had the Screamers also had a guitar player).

Aside from being a fixture of the live punk scene here in Chicago, Hotlips Messiah has also previously released a tremendous album whose only flaw was that it was only released on CD, and a split 7″ EP with first wave Chicago punk legends, Tutu and the Pirates. The band was long overdue for another full length and boy did they make up for the lost time!

While you’d not know it from the small discography, the band has been extremely prolific over the years and has a huge catalog of songs spanning their entire career so for this album they went all out and made it a double album, packing 46 songs onto two LPs! The material on this features not only new songs, but newly recorded versions of songs they played over the years but never recorded and released. The two discs contain one great song after the next of their fast paced, keyboard laced punk that not only packs a punch and is very energetic but also has catchy hooks and sing along choruses. These songs are fun and they will get stuck in your head.

The band also called in a lot of heavy hitters of the Chicago punk scene to contribute some backup vocals to many of the songs on this album and you’ll find guest appearances by members of such legendary bands such at Naked Raygun, The Mentally Ill, Tutu and the Pirates, The Bollweevils, The C*nts, Destroy Everything, Claw Toe, Silver Abuse, The Hamburglars, and more! Hotlips has played shows with most of these bands and the fact that so many participated in this is a testament to what a great and close-knit scene Chicago has.

Not only did the band go all out by making this a double album, they went way over the top in the album’s packaging. The two LPs are pressed on opaque red vinyl with full color labels and come house in a triple gatefold sleeve! The full outer cover is printed with red and glow in the dark ink and the entire outside glows! Inside you’ll find full color photos and plenty of liner notes. It also comes with a black light poster and a digital download code for mp3s of the entire album! It is clearly a labor of love and a package fitting for the great mutant/sci-fi punk rock contained in the grooves.

Disco Miscarriage is a must buy, the beautiful packaging and great songs make the mere $25 they are charging for this seem like a steal. Hopefully this album finally makes the rest of the world catch on to what a great band they’ve been missing out on all these years and hopefully it someday leads to a vinyl release of their previous (and amazing) album! Buy this album immediately, you’ll thank me for it!