It has been a while but two Adolescents vinyl classics are back with a new look for a limited time. Frontier Records recently pressed up the legendary first Adolescents LP and their more recent collection of unreleased demos prior to that album on new limited colors of vinyl. 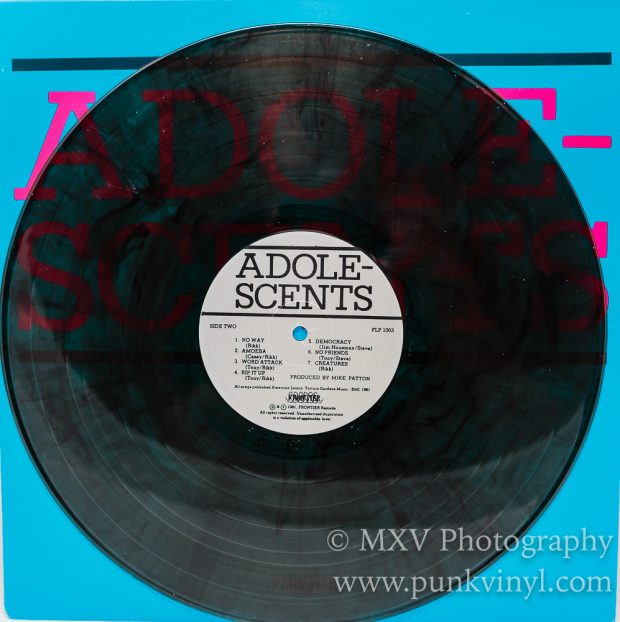 First up is an album that every person on earth should own at least two copies of (for when you wear the first one out), the first, self-titled Adolescents LP. It has always been my opinion that Southern California as a whole produced the finest punk rock of all time. So many great bands came out of that area between the mid-seventies to the late eighties and the Adolescents are among the cream of the crop. The “blue album” as it is lovingly referred to is a staple of SoCal punk. Every song on this thing is a classic and the band itself has endured for close to four decades now in one form or another and still release new music and occasionally tour.

This new edition of the blue album is not blue, but it is pressed on black smoke vinyl. Think of this as the opposite of clear with black smoke vinyl which is a common color you see these days. This one is black with clear smoke. It is easier to see if you hold it up to the light. They made 1000 of these and with as popular as this record is, it won’t likely be available for very long before selling out. 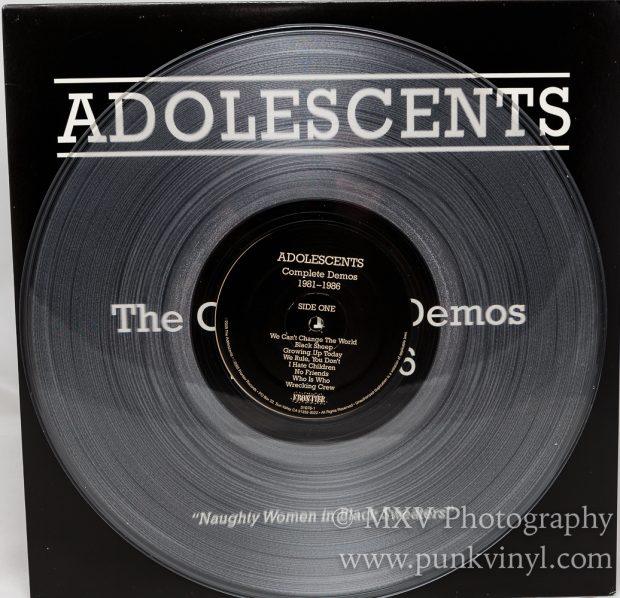 Next we have the Adolescents – The Complete Demos 1980 – 1986 LP. This collection of unreleased demos was first released in 2005 and has only had a couple of color vinyl variations made of it (and two sleeve variations). It has been awhile since there was a new one so it was time. This time we get the black and white sleeve with the record pressed on clear vinyl. They only made 400 of these beauties so it is really a limited edition. This is a great companion to the blue album as much of the material either predates or was around the time of that album and some of the stuff sounds quite different. The unreleased songs are great, especially “Richard Hung Himself” which was retooled and became D.I.’s most popular song, many (including myself) never knowing it was originally an Adolescents song (back when Casey Royer was still in the Adolescents)!

Both of these colored gems should be available at better record stores but they quick, easy, and affordable path is to just hit up Frontier Records and have them ship them right to your home. You won’t even have to leave the couch!