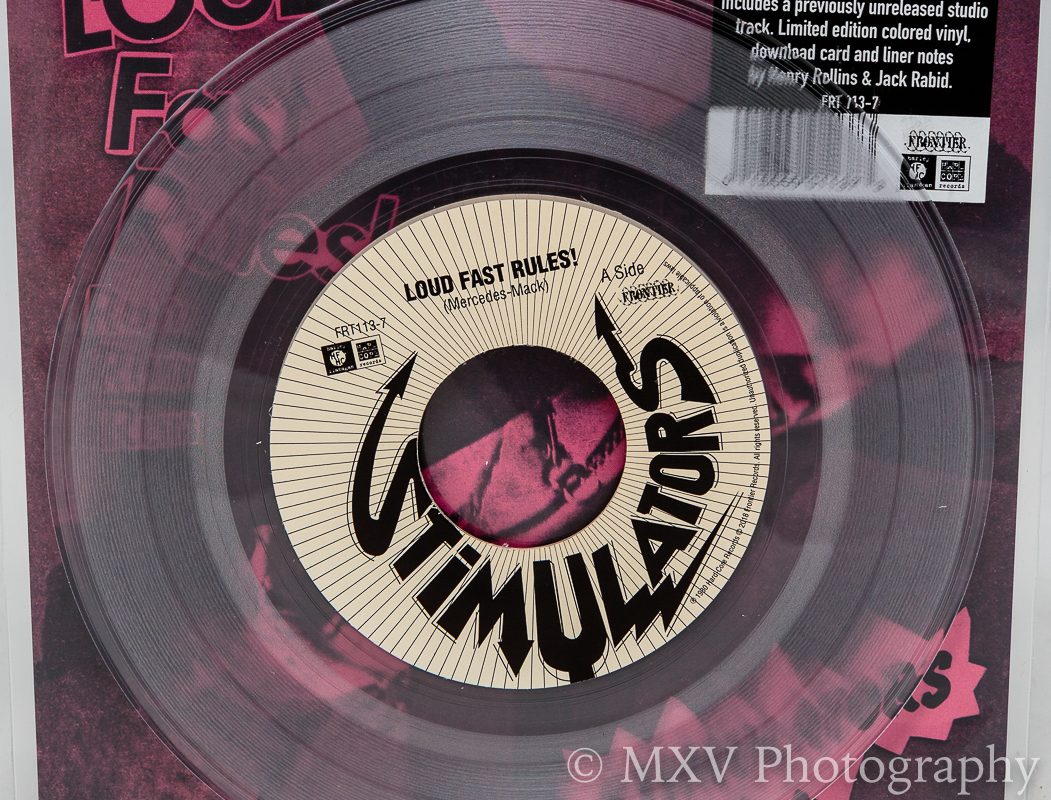 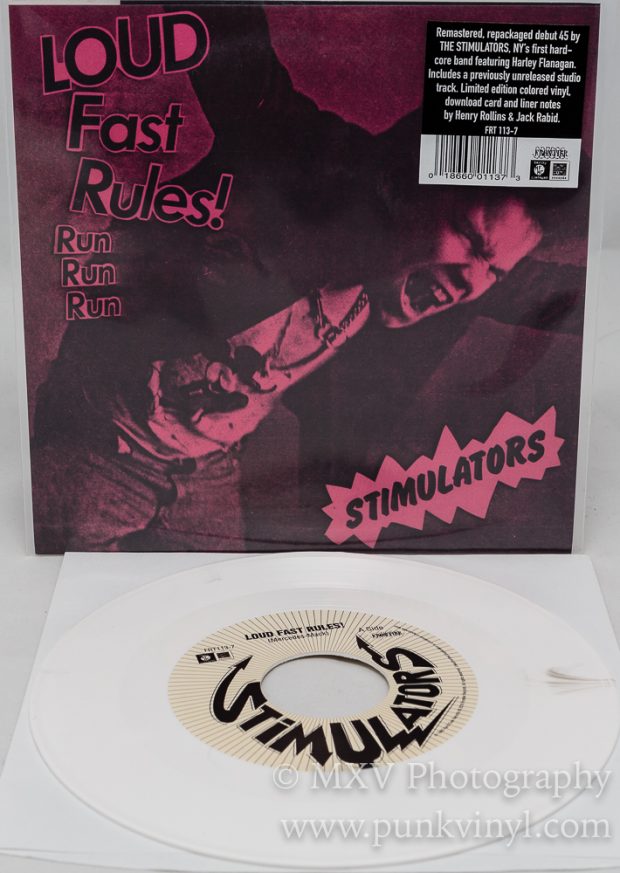 Harley Flanagan could very well be the person who got into punk rock at the youngest age. In a recent documentary he states that his mom took him to punk rock shows in New York City in the 1970s, which means he had the coolest mom ever. He also was involved in the New York punk scene at the tail end of the first wave as it transitioned into hardcore. At a mere twelve years old, he was the drummer of the band, The Stimulators, who were an excellent band that sadly left behind a minuscule discography. Their output consisted of a 7″ single titled Loud Fast Rules, appearing on the New York Thrash compilation, and a live cassette on ROIR. After that they were done and that 7″ single went out of print quickly and became a very sought after collectors item. That single was out of print for 35+ years before Frontier Records did the world a great service by reissuing it about a year or so ago. That too sold out fairly quickly but fear not record lovers, it is back once again.

This time out the single comes on two flavors of vinyl, white or clear. The labels also have been corrected on this pressing as there was a small error with them on the last edition . The music of course remains the classic and influential punk rock it has always been but now you can get it for a few bucks instead of a few hundred! It looks and sounds great and the covers are printed on a way sturdier paper stock than the original pressing from 1980 so you won’t have to worry about it getting all crinkled and torn at the top!

For those of you keeping score at home, the white vinyl edition is a mailorder exclusive and is limited to 200 copies. The clear vinyl is available at your finer record stores but the label has some available for order as well, you can score either version, or both, right here.