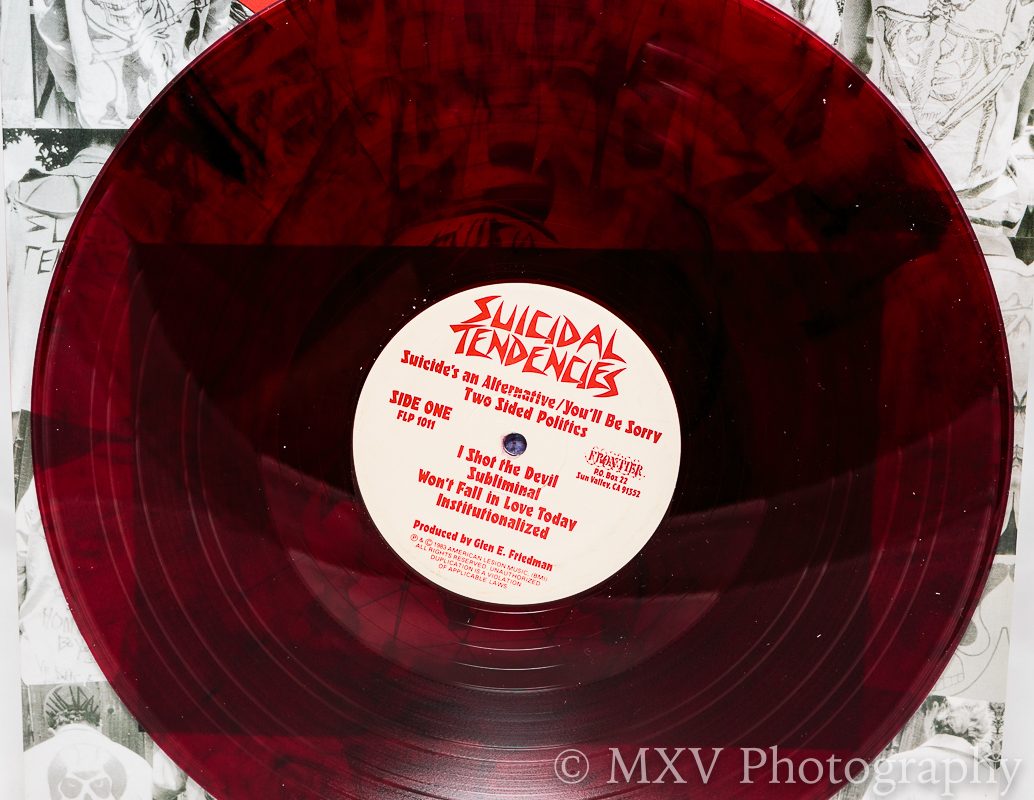 Frontier Records has been busy recently, issuing some new colors of vinyl for some of their back catalog, which happens to be some of the greatest early punk rock albums in history.

I’m a little behind in posting these, but not so far behind that the records are no longer available so fear not vinyl lovers, you haven’t missed out… yet.

Frontier Records has been busy recently, issuing some new colors of vinyl for some of their back catalog, which happens to be some of the greatest early punk rock albums in history. 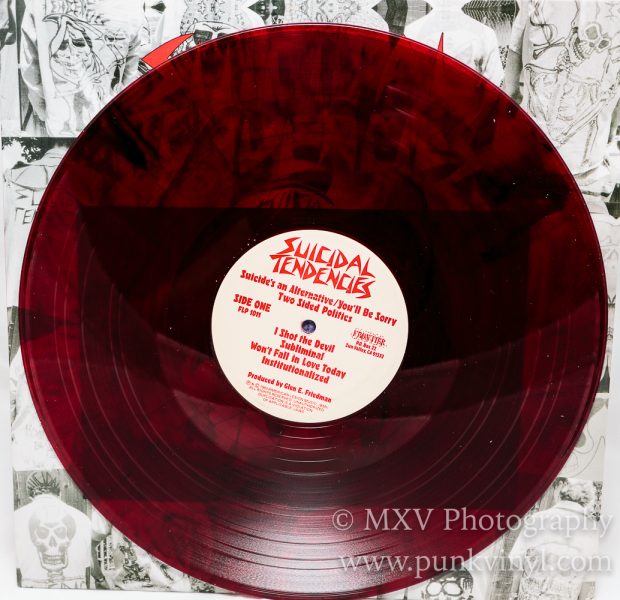 First up is what has to be one of the best selling punk records of all time, the first Suicidal Tendencies album. This self-titled masterpiece was a real game changer and if you look at their entire recorded output, this is really the only one that you need. Sure they had some decent records here and there, but nothing they did was ever able to come close to recapturing the magic of this album. In fact if you hear the current lineup of the band play these songs live, you’d hardly recognize them! This album was magic in a bottle, everything about it is great from the music to the image to the cover art, to those great shirts they had back then (which if they were available for sale I’d absolutely buy and wear). Everyone knows their smash hit, “Institutionalized”, a song that even upon its release and subsequent airplay on MTV, somehow transcended boundaries and people who turned their nose up at punk rock in those days knew that song. This time out, the record is pressed on red with black smoke vinyl and it is limited to 1000 copies. It also comes with a lyric sheet! 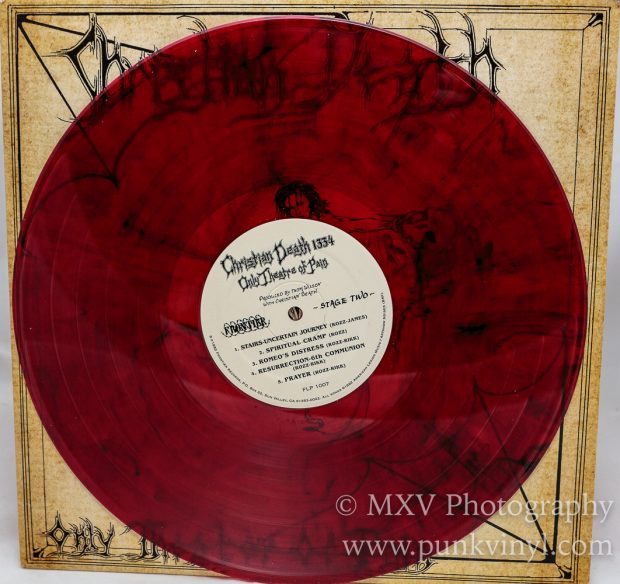 Next we have the album that pretty much paved the way for goth/death rock, the first Christian Death album, Only Theater of Pain. Nothing sounded like this at the time of its release and it is pretty incredible that one of the guys responsible for the OC punk sound, Rikk Agnew, also was responsible for this new sound. It’s gloomy, it’s dark, it is catchy, and nearly four decades later it still sounds fresh and exciting. The story of what became of Christian Death after this album was equal parts sad and comical, which led to there being two different Christian Deaths at the same time! The “real” Christian Death put out a couple of albums before Rozz Williams called it quits, only to reunite the band years later. Those records are alright but nothing compares to Only Theater of Pain, a record that should be in every home. This edition has the remastered version cover art (by the late Rozz Williams) and is on red smoke vinyl. There was 500 made. 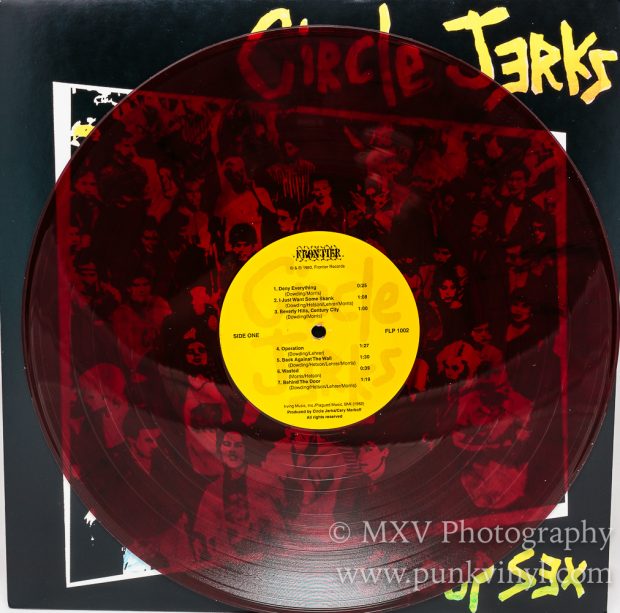 The final record in the pile is the Circle Jerks debut album, Group Sex. This is about as perfect of a hardcore punk album as it gets and it helped form the blueprint of a style of music that is still played today. Group Sex clocks in at maybe 20 minutes and it is a perfect listen from start to finish. Every song on this is a classic and Keith Morris, the singer of this band, is one of the greatest frontmen in punk history. It really makes me feel old when I realize I bought this record about 36 years ago and how fast that time flew by! The record sounds every bit as good today as it sounded to a teenage MXV all those years ago. This edition of Group Sex is on red smoke vinyl and is limited to 500 copies.

Every one of these records should be available at better record shops but if not, you can get them direct from Frontier Records and have them sent directly to you without ever having to leave the house. If you want them though I wouldn’t wait too long, these tend to sell out fairly quickly.