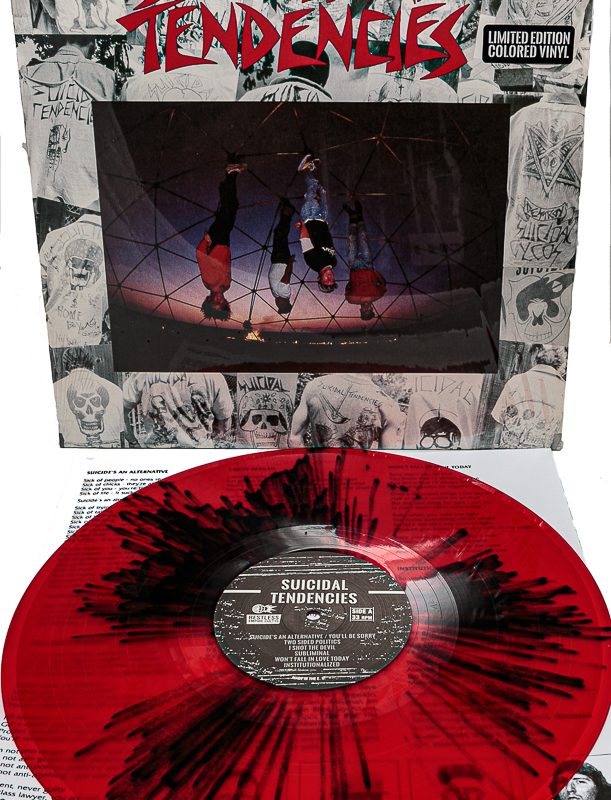 Are you a punk rock fan that is also an obsessive record collector like me? Do you love the colored vinyl and collect different variations of your favorite records? If you answered yes then have I got a treasure hunt for you to conduct from the safety of your home while you are staying inside.

Fairly recently, three iconic punk rock albums had special European colored vinyl reissues released and on top of being three of the best classic punk records of all time, they also look incredible! These European only editions were all released by Restless Empire, who licensed them for these one-time limited editions from Frontier Records, one of the best and longest running independent record labels in the United States.

First up we have the Adolescents debut album. The “blue album” as it is often referred to. This album defined the Orange County punk sound that was so hugely influential on punk music in general, and the Orange County area of California became a hotbed of great punk rock bands,, many of them featuring one or more Agnews in the band. This special edition is pressed on blue with black splatter vinyl, and the cover and insert are a matte finish versus the normal glossy finish on the Frontier pressings. This is a one-time only edition of 500 copies.

Christian Death’s debut album, Only Theatre of Pain, defined an entire genre of music that became known as death rock. At the time of its release, nothing sounded like it and it was pretty incredible that such a fresh sounding band came out of the punk scene during a time that hardcore was really taking off. The guitarist and a founding member, Rikk Agnew, is a musical legend and this band showcased the diversity he was capable of and this album is still crucial nearly 40 years later. There were other Christian Death records after this one, and even another Christian Death band (it’s a long story) that evolved out of this one over the years, but nothing any version of the band did ever came close to matching this masterpiece. This one is pressed on gold and black marbled vinyl and the cover art and insert are a matte finish compared to the normal glossy finish on the Frontier pressings. This is a limited edition of 500 copies.

The first Suicidal Tendencies album really needs no introduction. It is a hardcore punk album that transcended the punk scene and was even accepted by many “regular folks” back then when the “Institutionalized” video got fairly regular airplay on MTV. This album is about as flawless a debut as you could ask for and was easily the best thing this long-running band has ever done. In fact it really is the only Suicidal Tendencies album you need!. There’s an unbelievable amount of energy packed into the grooves of this record and it knows very few rivals. Just like the other two records above, the cover and insert have a matte finish. This album is pressed on a really great looking red with black splatter vinyl that compliments the cover art beautifully. This is a limited edition of 500 copies.

For those of you in the USA, you’ll have to take to the internet to hunt these down as they weren’t available here in the states, but they are well worth seeking out.