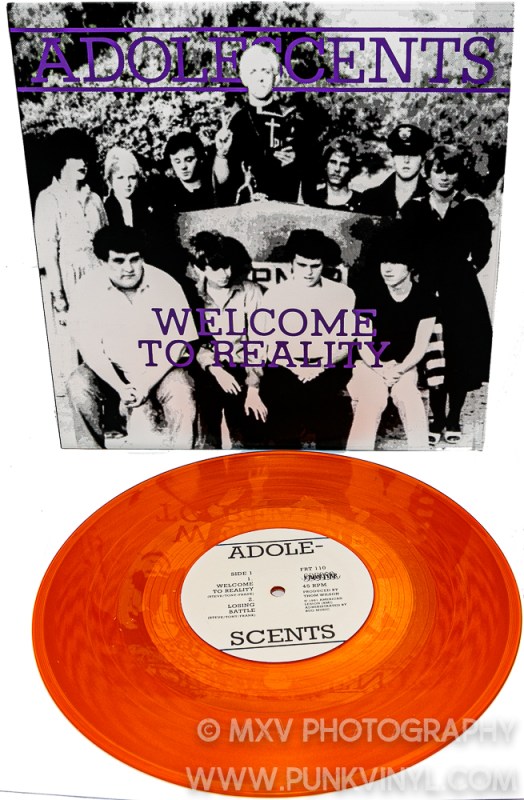 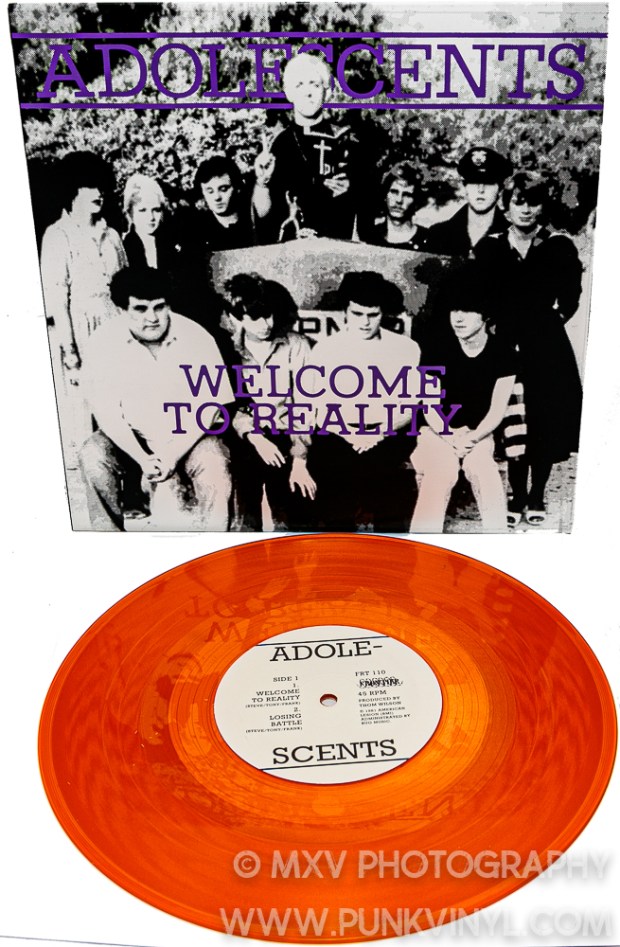 My apologies for somehow neglecting to include this one in the last Frontier Records update posted on this site but there was one more colored vinyl release that came with that batch and it was the Adolescents – Welcome To Reality 10″ on orange vinyl.

Welcome To Reality was originally released as a three song 7″ EP way back in 1981. The first pressing of the 7″ had a picture sleeve (and a damn cool one at that). That quickly went out of print and then the second edition just had a record in a plain white sleeve. The picture sleeve made a return around 1990 when the 7″ was reissued as a numbered edition on purple vinyl, then later on red vinyl and white vinyl before going out of print once more. Fast forward a few years and the EP was repackaged as this 10″ EP with an additional song added, “Richard Hung Himself”, which was an unreleased song from a demo recording that D.I. later reworked as their own best song. This 10″ has been released on a couple of colors of vinyl so far in limited numbers. This new edition on orange is limited to a mere 300 copies!

This has always been my favorite Adolescents record on the basis of the title track being my favorite song they ever wrote, and man did they write a lot of great songs! This EP is a perfect companion to the “blue album” which is one of the greatest punk albums of its time and this is every bit as mandatory as that album is, in fact there should be at least a few copies in every home!

Most good record stores will stock these Frontier Records releases but if yours doesn’t, or you would rather have the safety of ordering records online, head over to the Frontier Records bandcamp site to stock up on some real gems!