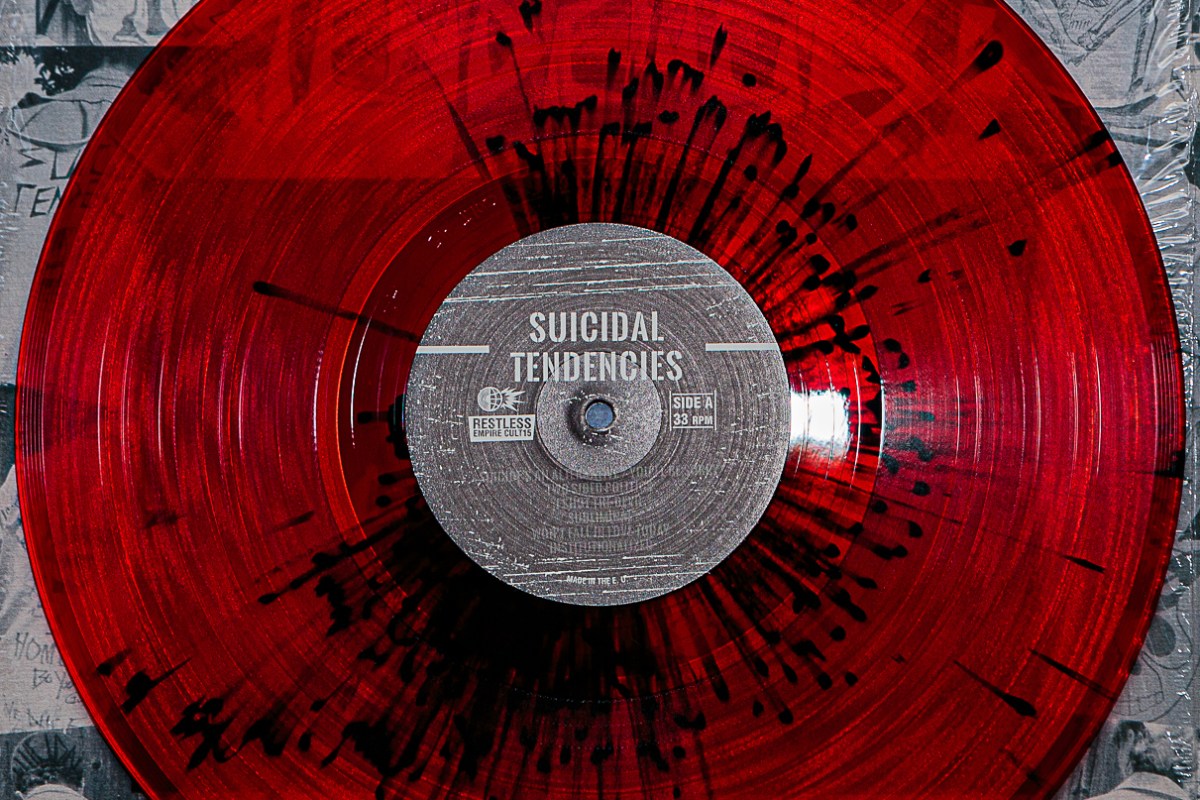 It has been awhile since we last did one of these Frontier Records features, but it is time to catch you up. Since the last feature, the first (and best) Suicidal Tendencies LP has been issued on a handful of new colors of vinyl, a couple of them are repeats of past colors, but most of them are new ones. Each are limited editions and the amount pressed vary from color to color. The album itself probably needs no introduction at this point, but if it does, simply look at one of the dozens of previous posts about this record on the site and you’ll get the history you need.

TL;DR – It is one of the best hardcore punk albums ever made, there should be at least one copy in every home, and it is really the only Suicidal Tendencies record you need. 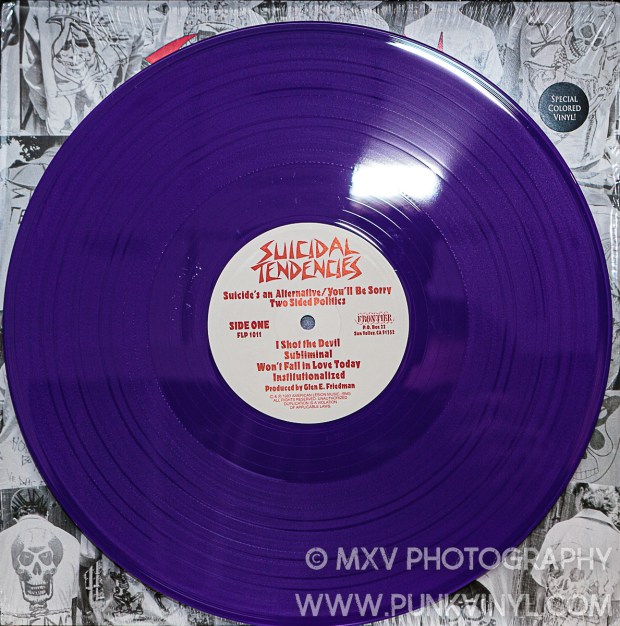 First up we have opaque purple vinyl. This one came out over a year ago and was an edition of 2000 copies. 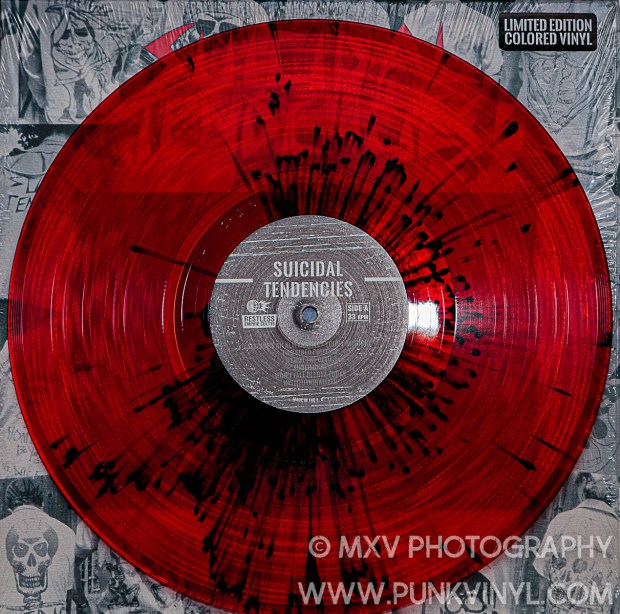 Next is a French pressing on Restless Empire. This is the second pressing of their licensed edition and it comes on red with black splatter vinyl. It looks really cool. It has a matte finish cover, unlike the standard glossy cover of the Frontier Records version, and this one is limited to 1000 copies. 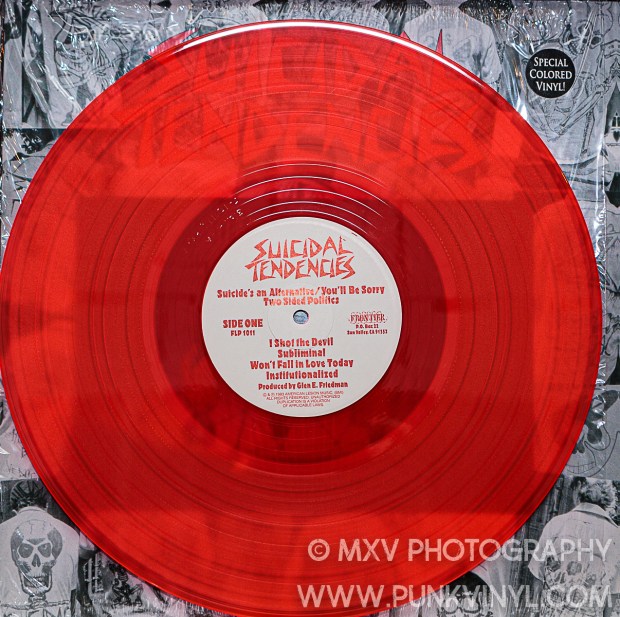 Translucent salmon colored vinyl is the next one. This color hasn’t been done before, in fact it may be a new offering in general at the plant as I don’t recall seeing it before on anything. This one was an edition of 2000 copies. 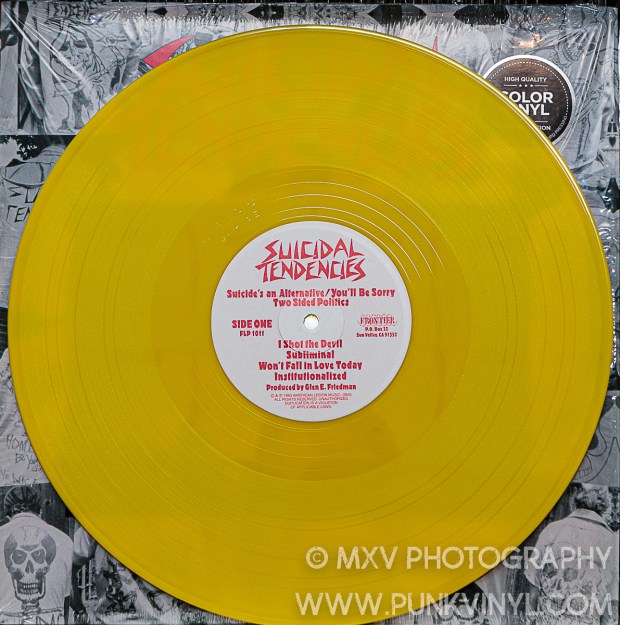 Opaque yellow has made a return appearance for the next one, though the first time it was done on that color, it was pressed at Rainbo. The records are all pressed at Furnace now and their quality is top-notch. This one was also an edition of 2000 and featured a new, larger design for the color vinyl hype sticker on the shrink wrap. 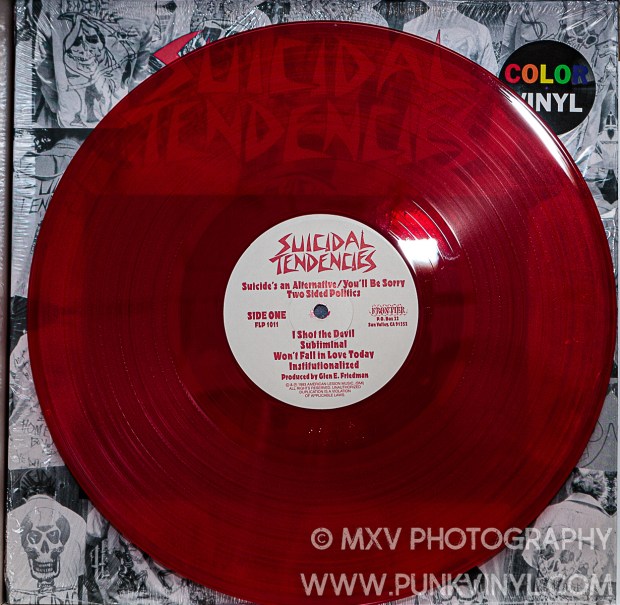 Translucent red made a return as well, pressed at furnace this time (the first color this was ever pressed on was translucent red back at Rainbo a long time ago). This one was done when the wait time for vinyl pressing was at its all time longest, so they made a bigger run. This one was an edition of 5000 and has another new design for the color vinyl hype sticker on the shrink wrap that is different from the yellow one above. 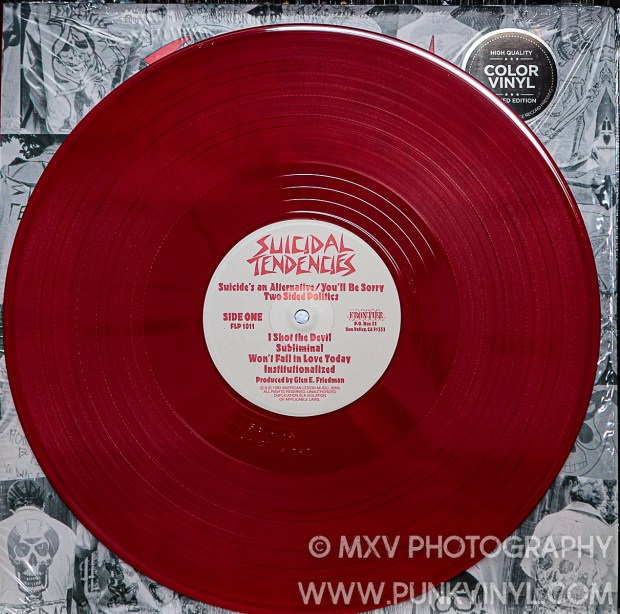 Opaque red also made a return, with the same hype sticker as the yellow vinyl edition, and was an edition of 3000 copies. 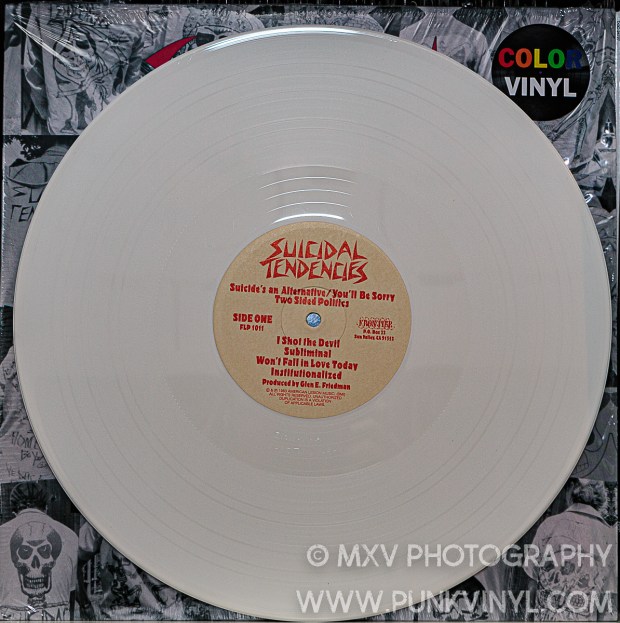 Next we have white vinyl, with the same hype sticker as the translucent red vinyl. White vinyl is always a personal favorite of mine for some reason, it just looks cool. There was 3000 copies pressed. 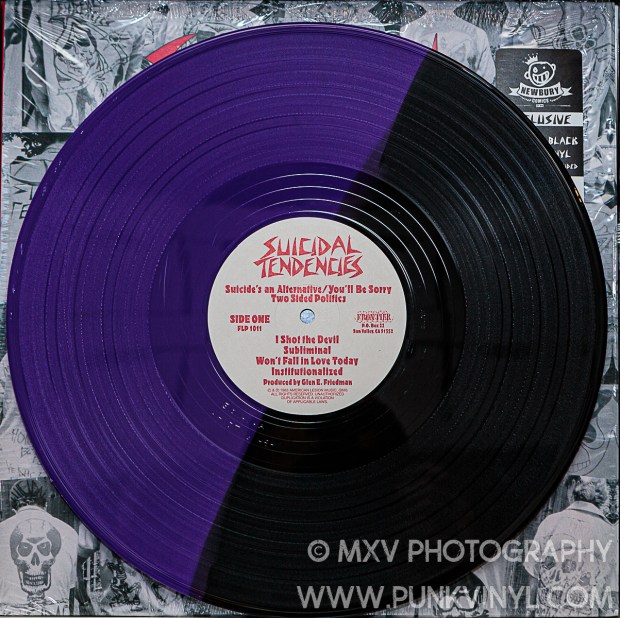 Last we have a Newbury Comics exclusive edition on purple/black 50/50 split vinyl. This one looks really neat. It is only available from Newbury Comics (both in stores and online), and is limited to 1500.

Better record stores should carry this album on at least one of these colors of vinyl if they still have them in stock, but if you don’t feel like leaving your home, at least a few of them are still available directly from Frontier Records for a very fair price, especially by today’s standards. Go over and grab yourself a few to not only listen to, but to put on display. You can never have too many!