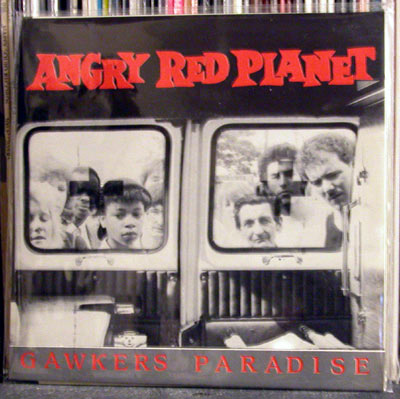 Among the many bands that the midwest produced, one of the more overlooked bands, despite them having a single on Touch and Go, was Angry Red Planet. They were a more melodic punk band from MI that was around for a few years in the mid 80s.

The band put out a 7″ on their own label, then they did this single for Touch and Go which for some reason seldom gets any attention. I’m not sure why as it is a great record, though the recording quality does leave a bit to be desired. They’d later release a very good album on their own label, as well as a split LP for an overseas label and then called it quits.

As to where they are now, I do not know. I know one of the members of the band at least was still up in MI and played in another band after ARP broke up. ARP was also on a compilation of MI bands 7″ that I am in need of, but the title escapes me at the moment. As always, if you are a member of the band, or you have some information about the band, please get in touch.