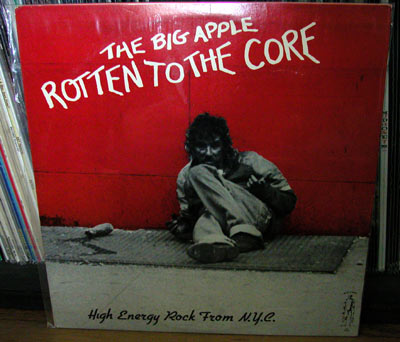 Selections from The Punk Vault [Big Apple Rotten to the Core]

When I was a small teenager, I would listen to Kathy Chyna (I probably spelled that wrong) and Shrub’s radio show on WDGC, our local high school radio station. They played a song called “Moon the Moonies” by a band called Ism. I was instantly a fan and had to have everything by the band. It would take me a couple years to actually acheive that goal due to not having a car, or a job, or much money. Turned out that particular song was found on a really great old compilation of New York punk rock bands. Well, it wasn’t old then, but it is now, you get the drift.