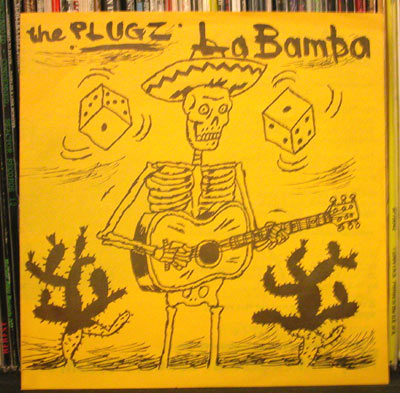 Selections from The Punk Vault [The Plugz]

Aside from being from the first wave of Los Angeles punk, The Plugz also might have the distinction of being the first Latino punk band. They formed in 1978 by Tito Larriva. They put out their first single on Slash Records, which is now considered a classic, and rightfully so.

After that single, instead of finding another label to put out their records, they decided to do it themselves and found a record pressing plant to make some records and started their own label, Fatima Records. The first release on the label would be this two song single. The picture above I believe to be the second pressing. The one that I believe to be the first pressing has a white sleeve and they omit the band name from one side of the record. I imagine they corrected this error when they printed up more records/sleeves and went with the yellow paper for the cover instead. Both of these songs would later be re-recorded and one appeared on each album.

After this, they self-released two full albums. Their sound would change and evolve over time, and by the time the second album came out, they were much more of a Latino sounding rock band than they were a punk band, but they were still very unique and enjoyable. The band called it quits after that.

The two albums were reissued for a time by Restless Records and even had a limited life on CD. Restless then was part of Enigma, which folded and it is unknown to me who currently holds the rights to them. I do know that this band is LONG overdue for a reissue and there in new generations of punk and music fans in general missing out on some great tunes.

After The Plugz broke up, Tito had a fairly successful run in the 80s doing music for various movies. I do not know what the other members of the band did or what any of them are doing now. I do know Tito was in a band called Tito and the Tarantulas in the not too distant past.

I also included a picture of the first press sleeve… 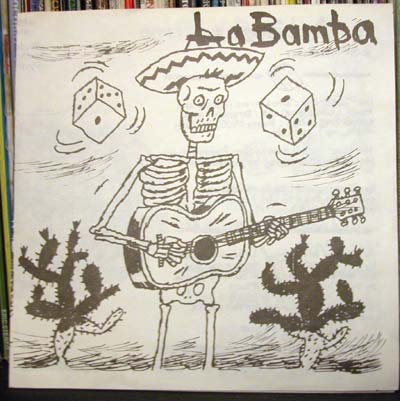 Note the band name is not listed on this side of the sleeve.