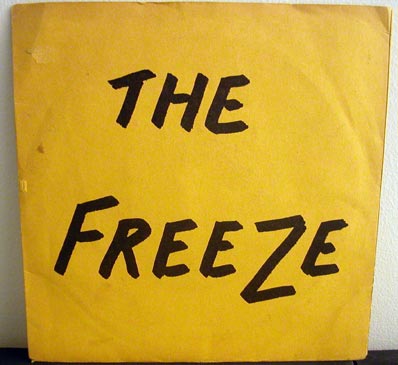 Selections from The Punk Vault [The Freeze]

My first introduction to The Freeze came from the Flipside Vinyl Fanzine Volume 1 compilation LP. Their song, “No One’s Ever Coming Home” was among the many standouts on that record and as always, it was all it took for me to seek out more from the band. My next fix came in the form of the Unsafe at Any Speed compilation, and then I’d end up buying their two albums later.

The Freeze formed way back in 1979 in Boston, MA. They could very well have been one of the first, if not the first punk band from that city. Their first show was at a Middle School outdoor “Halfshell” in 1979 to about 50 friends and a fast growing army of enemies. In 1980 they recorded this, their first 7″ single that featured two songs. They released it themselves and only a portion of the pressing had picture sleeves, which I recall reading that the band made them in a school somewhere with “borrowed materials”.

Two years later, they released their next 7″, Guilty Face, on Modern Method Records. Modern Method was the label started by the Newbury Comics store which has now grown into a large chain out in the Boston area, despite the fact their label didn’t last. The label did release some great Boston punk stuff in their short life however. This single showed The Freeze becoming a hardcore band and the songs are harder and faster than the ones on their debut.

Another two years would pass until they would release this record… 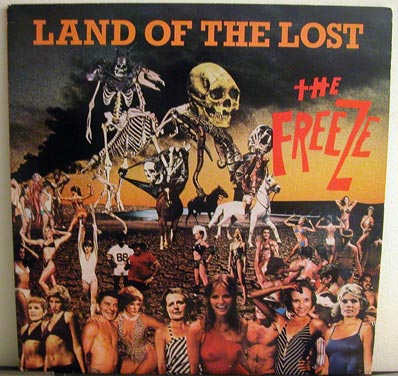 The Freeze – Land of the Lost LP
(1984 Modern Method Records)

Originally this feature was going to just be for this LP, but since I originally envisioned it, some very kind soul traded me a copy of I Hate Tourists, thus completing my Freeze collection. This album ranks as my favorite Freeze record for the featured track from this one alone. It is a perfect slice of Boston hardcore. The album is solid from start to finish. The band played lots of shows opening up for touring acts of larger stature (Dead Kennedys, Black Flag, Circle Jerks, etc.) and played overseas in Italy, 60 miles from a Yugoslavian warzone, and other places.

Another two years passed and they released their second LP, Rabid Reaction, also on Modern Method Records. It was a little more musical than the first, but still very good. It was right after this that the label went under, leaving the band without a home. The band members also had methamphetamine habits that were out of control and in the time between 1986-1989, couldn’t even manage to put together 5 songs.

In 1990 they finally got it together and released the Misery Loves Company album on Taang! Records. This would start a somewhat prolific period for the band as they released a record almost every year until 1996 when they seemed to stop again, perhaps due to substance abuse problems that have plagued various members over the years. In 1999 they released what I found to be their best post-Modern Method record, One False Move, on Dr. Strange Records.

The last two years has seen a lot of their earlier recordings get reissued on Dr. Strange, and I have it on good authority by Cliff Hanger that next year will bring a new Freeze album. Through the good times and bad, The Freeze has persevered and is the longest running Boston punk band in history.

As always if you have any additional information please get in touch.

Listen to “I Hate Tourists” from the single

Listen to “Sickly Sweet” from the Land of the Lost Album.