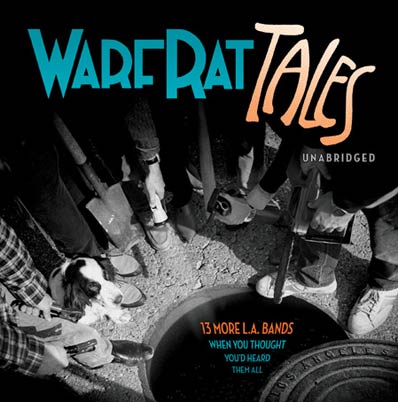 If there is one problem with having a vault consisting of thousands of records is that there are plenty of them that you own, yet go ignored and damn near forgotten for years. Sometimes it takes something old being reissued on a CD for you to take notice again and think, “oh yeah, I do have that record, I should play it again”. This record is a perfect example of this scenario.

I bought this record years and years ago for the simple fact it was something old, and had at least one band on it that I was familiar with at least in name. I played it a few times, thought it was pretty good, then filed it away where it sat untouched for longer than I care to admit. Upon placing this new CD reissue in my player, I sit here kicking myself for neglecting it for so long.

In many ways, this compilation CD is similar to the Keats Rides a Harley CD reissue I reviewed awhile back, not just in the fact it shares some bands, but in the fact of the amount of care and extras that went into it. This compilation could almost be seen as a sequel to that one and in some ways it feels like just that.

Warfrat Tales was a compilation LP that was released on Warfrat Records in 1983, it contained nine bands and 15 songs. This new reissue ups the number of bands to 13 and the number of songs to 28, all stuff recorded around the same time as the original vinyl release, many of it was intended to be on this record but was cut for one reason or another. The full band list is; Earwigs, The Gun Club, Hector and The Clockwatchers, The Last, The Leaving Trains, 100 Flowers, The Point, The Question?, The Rain Parade, To Damascus, The Up & Out, Urinals, and Wednesday Week. All of these bands were part of a scene outside of the SoCal Hardcore that was so prevalent at the time. The music ranges from art punk, to pop, to garage, to rockabilly, to 60s psyche, to anything in between. No two bands sound alike, yet they all fit together in some strange reason. I’m particularly fond of The Rain Parade, Gun Club, The Last, and Urinals/100 Flowers songs, but really the whole thing is a good listen from start to finish, which is pretty rare for a compilation to not have songs you end up wanting to skip while listening.

The booklet to this CD, much like the aforementioned Keats Rides a Harley reissue, is another true labor of love. Aside from reprinting the original liner notes from the LP, there is all new liner notes from Vitus Matare, producer of the compilation, as well as Gary Stewart who managed The Last and owned Warfrat Records, and there is a great story by Jason Falkner about how he discovered this compilation when he was a kid and what it meant to him. It really is a great package inside and out, and is not only worth picking up because of the great music contained within, but it is worth getting to support the hard work and love that obviously went into bringing back this obscure compilation for people to remember, or hear for the first time.