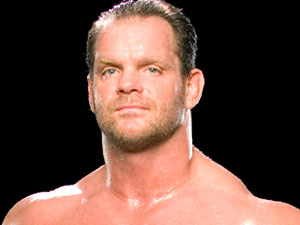 This one hits a little harder than most of these I’ve reported as I was a big Chris Benoit fan and thought he was easily one of the best workers in the business in the past decade. Taken from the WWE website…

World Wrestling Entertainment is deeply saddened to report that today Chris Benoit and his family were found dead in their home. There are no further details at this time, other than the Benoit family residence is currently being investigated by local authorities.

A sad sad day for wrestling fans indeed, and a terrible tragedy that a man and his family were all found dead.

UPDATE: Initial reports are stating that it was a double murder/suicide, though no evidence of guns being involved. I can’t begin to imagine what happened to make someone fly off the handle so far to the point of no return like this, especially from someone who for years I’ve read nothing but positive things about. A lot of wrestler deaths have hit me pretty hard over the years, especially ones like Eddie Guererro, but this one is even more depressing.

UPDATE #2: This just gets worse by the minute…

Several Atlanta-based law enforcement sources have told TMZ Benoit may have strangled his wife on Saturday, then smothered his son in his bed a day later. Investigators refuse to officially comment, pending final confirmation by the coroner on the cause and time of the deaths.

One source told TMZ that Benoit was texting friends during Sunday’s WWE “Vengeance” Pay-Per-View program — possibly watching the show with his son, who may have been alive at the time.

According to sources, Benoit then hanged himself Monday in a weight room inside the family home.