Ohgr – Devils In My Details 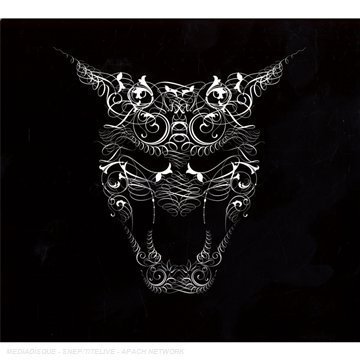 Skinny Puppy has been my favorite band on Earth for the past 20 years. I can’t get enough of them and to me there will never be a better band ever in my lifetime. On top of being in the greatest band to walk the globe, the members of Skinny Puppy have released a number of side projects over the years and Devils In My Details is the latest one from vocalist and founding member Nivek Ogre. The seeds of Ohgr (the moniker of Ogre’s solo career) were planted way back in the early 1990s as an ill-fated side project titled WELT, first with Al Jourgensen and then later with Mark Walk. The project never got off the ground due to various legal reasons among other things and it took nearly a decade before Ohgr would see the light of day.

This is the thrid album in the last nine years for Ohgr and it follows the pattern of the last two by not repeating itself and sounding a lot different that what came before it. This is both a blessing and a curse because those that expect something like the last one will likely be in for a shock, but those with an open mind and like to be surprised will be in for a treat.

Unlike the last two albums, this album was conceived as one long piece of music. This is immediately apparent when you play the disc in its entirety for the first time because unless you are looking at the readout on your CD player (or computer screen), you don’t really know when one song ends and the next begins because they flow seamlessly into one another with no pause in between. The songs transition to one another with various samples, eerie noises, ambiance, and “braps” that anyone who has seen Skinny Puppy is well familiar with. In fact listening to this album from start to finish gives a very familiar feeling like seeing Skinny Puppy live and some of the between song transitions actually gave me chills the first time I listened.

The albums was broken up into 11 tracks however and the album starts off with “Shhhh” which is a hard, fast tempo song driven by pounding drums that is a bit reminiscent of Ministry in their prime (Land of Rape and Honey era) mixed with Skinny Puppy at their hardest. As the song winds down, it blends into “Eye Candy” which is a dark pounding refelection of, from what I can decipher, porn. “Three” follows and is a very short little techno inspired dance number that then ends in a haunting transition that sets the stage for “Feelin’ Chicken”, the most bizarre song on this  album that sounds like a twisted children’s song. “Pepper” kind of makes the transition out of the demented fairy tale and back into a harder place and is the most melodic song on the album.

“Psychoreal” is a hard, repetitive pounder that resembles “Ugli” from Mythmaker and is a pretty big wake up punch to the face after the soothing “Pepper”. “Whitevan” stars off with some strange creature-like narration that leads into one of the catchiest moments on the album which makes the song stand out as my absolute favorite on the record. The three songs the follow to close out the album are also among the standouts on the album, especially “Timebomb” and “Witness”, the latter most closely resembling something from the first Ohgr album and is the most “rock” sounding song on the album and perhaps the most accessible to the masses.

The common thread in DIMD is the vocal treatments which resemble the Skinny Puppy of old much more than anything Ogre or even Skinny Puppy has done possibly since Last Rights. This vocal treatment gives the whole album a familiar and welcome feeling, like rediscovering home after being away from it since childhood.  Devils In My Details somehow manages to toe the line between the familiar and the undiscovered admirably, and the result is a pretty strong album that will grow on you with multiple listens until you pull out from it that which really clicks with you (in my case it was about half the entire album that gets constant repeat play). The album works on a number of levels and those seeking something outside the mainstream these days will have their hands full with the sense of discovery this album offers. I challenge you not to be able to find at least two songs on this album that will be in constant rotation on your iPod after soaking it in.

Litany (the best souce for Skinny Puppy and related projects!)