Last year Nickel and Dime Records did the punk rock and vinyl worlds a service by reissuing D.I. – Horse Bites Dog Cries on colored vinyl. The record had been out of print in the vinyl format for something like a decade, possibly more. I believe when I featured that on this site I mentioned that I hope the label reissues the other early D.I. records on colored vinyl. I got my wish as the label just sent over their latest vinyl releases and it it was the two other crucial D.I. records. 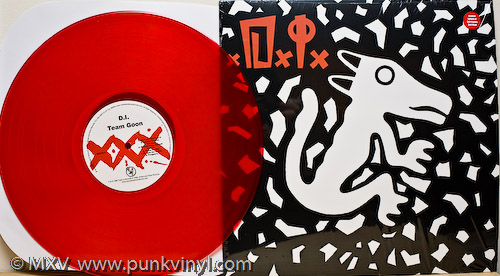 This was the first D.I. record which was originally just a self-titled EP. It was later reissued (with a couple extra tracks if I remember correctly) as Team Goon. This is also my favorite D.I. record and has the punk rock classic, “Richard Hung Himself” on it. The red vinyl is a pressing of a mere 500 copies. 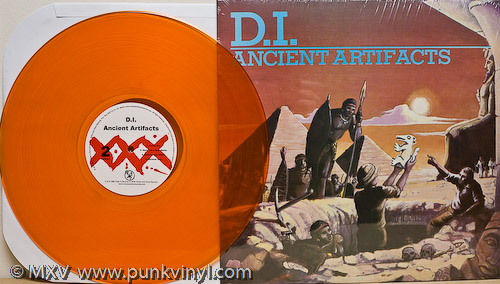 This was the band’s second record and first full-length LP. It was every bit as good as the first EP and like it is another one of those punk records everyone should own. This was pressed on orange vinyl which matches the artwork nicely and 500 of them were made.

Should you want to get your hands on these records for your own punk vault, you can order them direct from the Nickel and Dime Records website.