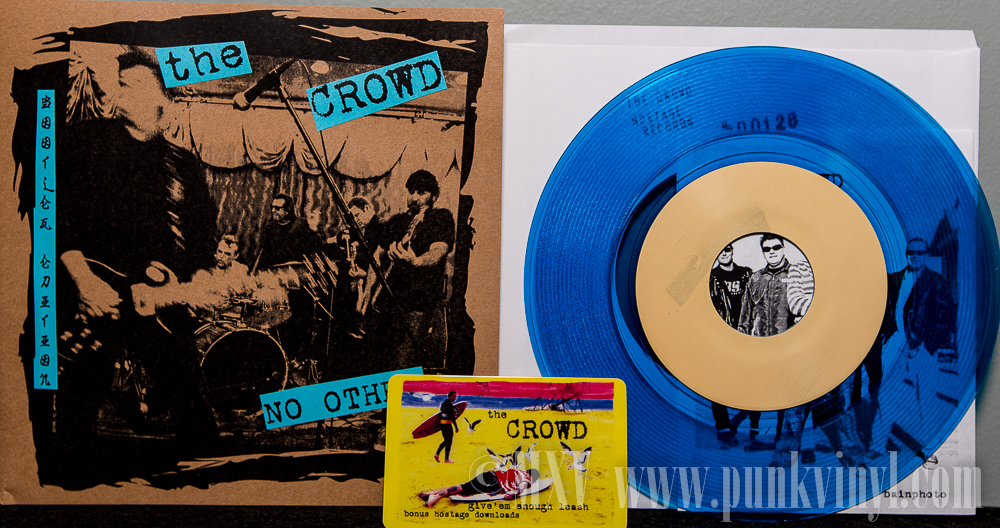 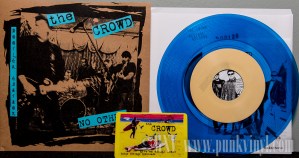 The Crowd – No Other 7″
Hostage Records

It’s a rare thing when a good punk band from the old days sticks around for a decade, let alone three of them. It is even more rare when a band can stick around that long and still put out great records. In the case of Southern California’s The Crowd, they’ve done just that. The band started in the early 1980’s and had a really good album on Posh Boy Records, another one on Flipside Records and since then they’ve put out some more records occasionally and have been playing shows in their home state for years. What’s amazing is that they haven’t gotten tired or seen a reduction in quality in their songwriting.

The band recently released this two song single and it stands up their with the best of their early material. The crowd is probably the hardest pop-punk band around. Their songs are fast tempo and full of catchy hooks but they feature really thick guitars and a very hard edge found in the early hardcore punk bands of yesteryear. This is classic punk rock, tuneful yet hard-edged and it features some great vocals and sing along choruses. Both songs are great examples of that classic So Cal punk sound that came from so many bands from the various beach towns of Orange County which is a place that produced more great punk rock than just about anywhere. Next to the band’s Posh Boy album, this is easily the next best thing in their discography and should be in any punk’s collection right next to that LP.

This single was released on the same label that did the Channel 3 single reviewed recently and the packaging is very similar. The sleeve is a 3/4 fold-over that wraps around the side. The record itself is pressed on blue vinyl with plain tan labels. The record is individually numbered on the inner sleeve with a stamp. There’s a lyric sheet included as well as a download card that’s printed on plastic in full color. Not only does the download code give you the two songs from this single but it gives you 13 additional bonus tracks! That is an entire album’s worth of mp3 files for free! The fact that you get an entire album’s worth of music for the price of a 7″ single more than makes this a worthy purchase, the fact that it is a legendary punk rock band who still writes great music is just icing on the cake! If you like early Southern California punk rock and/or are familiar with this band, rush out and buy this immediately before the label figures out they are giving you too good of a deal on it.