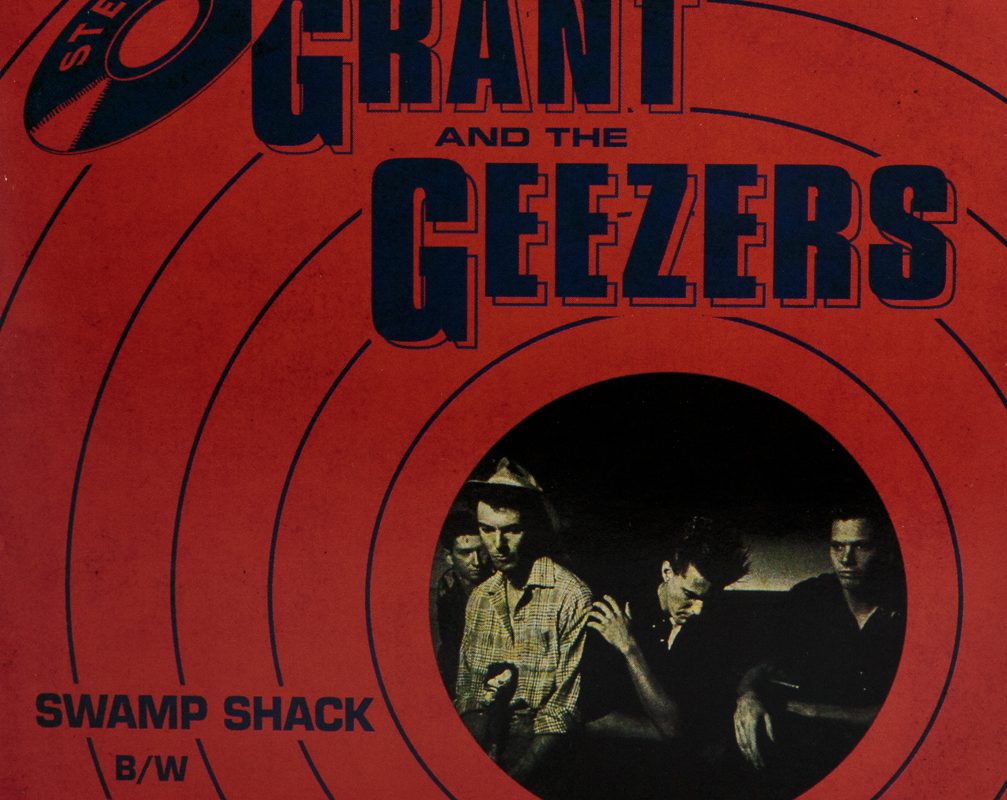 Grant and the Geezers – Swamp Shack 7″ 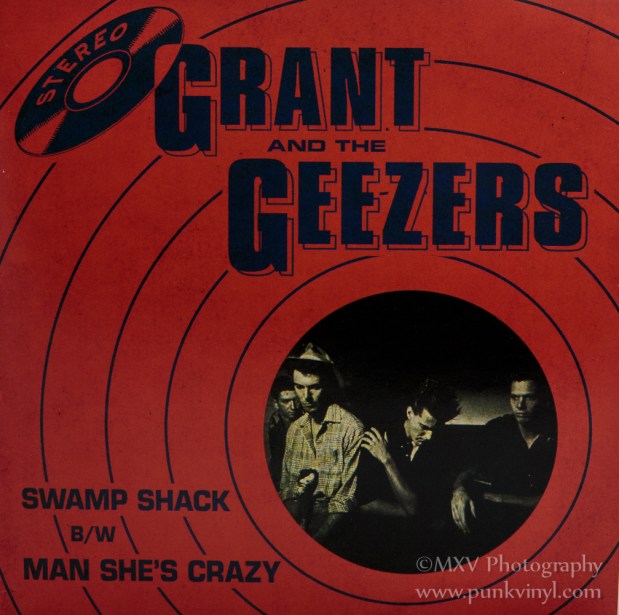 A long time ago someone sent me a video tape of JFA playing at Mad Garden in Phoenix, AZ and on that same tape was footage of the opening band, Grant and the Geezers. I liked them but I had never heard of them before watching that tape. Some digging led me to find out they put out a 7″ way back in the early days. Searching for a copy of that single led me to find the leader of that band, Grant Cleaver. You can read the results here.

The Phoenix punk rock/independent music scene back in the early 1980’s was a really diverse and fascinating one. So many great bands came from there but a lot of them were relatively unknown and short-lived. Grant and the Geezers only put out that one 7″ and then called it a day after a few years. Luckily for us, however, the band had recorded more songs than what they released and now about three decades later we finally get two more!

It’s funny how this band’s rockabilly with a hint of punk sound was really ahead of its time as now this style of music is a lot more popular and widespread which means these guys picked a really good time to dust off these recordings and give them a proper release. Both songs are upbeat, catchy songs with some nice, driving bass lines and a twangy guitar sound that has a great retro feel to it. Anyone into the modern rockabilly/psychobilly bands will find a lot to love with this record as this band was doing this music over thirty years ago when almost no one else was. I’m really happy that this band released these two gems as it was a real shame that they only put out the one single back in the day.

I wholeheartedly encourage anyone remotely interested in this style of music to pick up this great little single. I didn’t think the world would ever see any more Grant and the Geezers records but this was sure a wonderful surprise and one worth supporting!

Grant and the Geezers is playing with The Zany Guys (another old school Phoenix punk band from the early days) on October 25! This single will be available exclusively at the event. You people anywhere near the Phoenix area need to go to this (and take some photos and report back to me)! The event details are here.